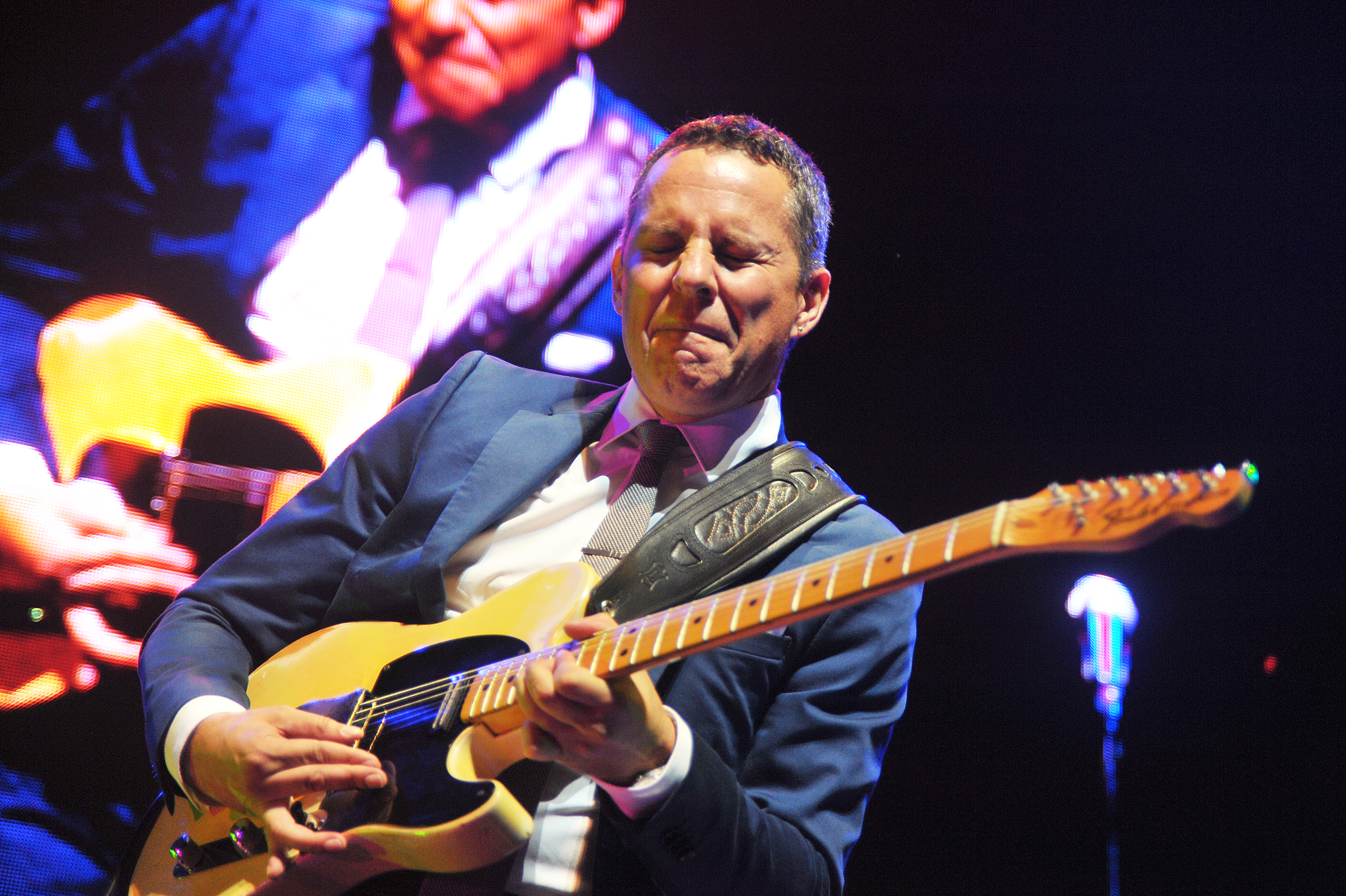 On September 14, the Chicago Department of Cultural Affairs and Special Events in partnership with Allstate Insurance presented the Annual Fifth Star Awards at the Jay Pritzker Pavilion in Millennium Park. The awards, which were inaugurated in 2014′ aim to celebrate Chicago’s creativity and to recognize individuals and institutions which have made significant contributions in art and culture.

First up was Willard who introduced a video montage recounting the history of Second City. As a center for improvisational comedy the presentation included clips and images of Stephan Colbert, Alan Arkin, Steve Carell, the Belushi Brothers, and Bill Murry in performance long before they became famous. The segment ended with a performance by The Second City Touring company which lampooned President Obama as well as candidate Donald Trump.

Next came a tribute to Taylor, founder and director of The Black Ensemble Theater Company which is now celebrating its fortieth year. Apart from establishing a home for Black theater in the city, she was lauded for producing and writing over one hundred plays and musical biographies including “The Marvin Gaye Story,” All in Love is Fair,” and “God is a Black Man Named Rick.” Presenter Chester Gregory was then joined onstage by Shari Addison, Dawn Bless, Mathew Payne, and Mark JP Head for a rousing musical segment which included renditions of “I Who have Nothing” and “Rock Steady.”

Cindy Crawford popped up onstage to speak on Victor Skrebneski’s impact on her career and the art of photography. She made the point that though he had opportunities to work in New York, he stayed in Chicago to create unique niche with images for Marshall Fields, Este Lauder, Town and Country, Saks Fifth Avenue, Chanel, and Givenchy. Crawford shared the anecdote that when the fledging Chicago Film Festival  decided there image “wasn’t sexy,” they went to Skreneski who then created his iconic images for posters and ads. As Skrebneski’s familiar work flashed on the screen (including images of film icons John Ford, John Huston, Bette Davis, Orson Welles, and Francios Truffaut as well as musical giants Muddy Waters, Diana Ross, and David Bowie and his wife Iman) pianist Sebastian Huydts performed James Kino Williams’ “Sonata in Skrebneski” which was composed specifically for this ceremony.

Angelique Power then spoke about educator Carlos Tortolero who, after a career in the Chicago Public School system founded the National Museum of Mexican Art, the only Latin museum accredited by the American Alliance of Museums. The Museum, apart from celebrating Chicago’s rich Mexican and Latin heritage has also organized twenty exhibitions which have been shown across the country as well as in Mexico. The Museum has acquired over 10,000 works of art for its permanent collection. The Sones de Mexico Ensemble closed out the portion of the show with selections from their Grammy nominated CD, Este Tierre Es Tuya.

After presenting the “Rising Star” Award to sixteen year old singer-actress Joshlyn Camille Lomax, it was time for Shemekia Copeland to present a video in celebration of Buddy Guy’s legacy. Speakers in the video included fellow musicians Keb Mo, Gary Chark jr., and Toronzo Cannon as well as images of Guy with friends Junior Wells, Eric Clapton, John Mayer, Muddy Waters, and Ron Wood. Guy King’s Blues Band closed out the section of the show with Copeland joining him for the evenings closer,  a passionate”Sweet Home Chicago.”

Belly Are Back And After Saturdays Performance At The Vic, Prove Staying Power Fifth Star Awards Honoring Buddy Guy