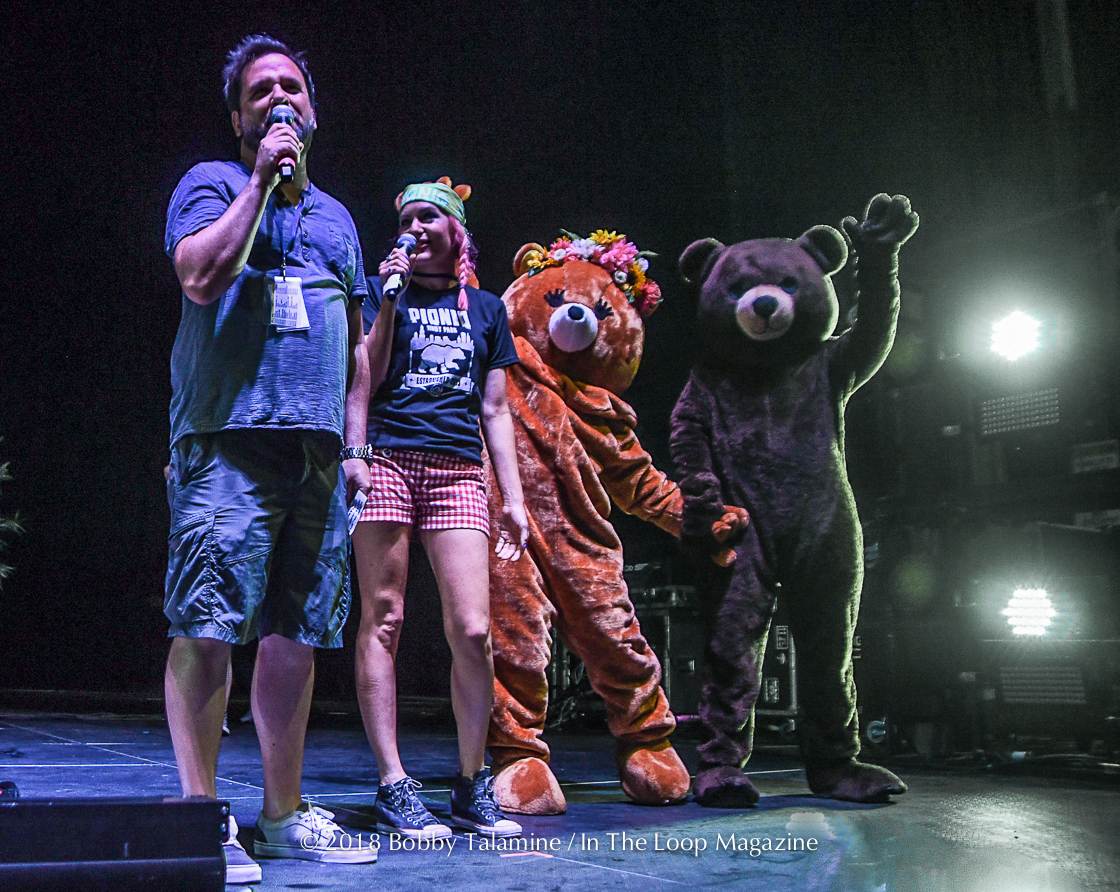 Another 101 WKQX PIQNIQ Festival is in the books, and this year’s edition fell on the last week in June, on clearly one of the hottest and most uncomfortable days in the year. Hot and unruly, even in the shade. Even the summer breeze throughout didn’t provide any relief- just  more heat, blowing sideways. No matter. We’re here to talk about music music music, provided by long running alternative rock station 101 WKQX.

There was a last minute lineup shuffle, with Greta Van Fleet not being able to make it to PIQNIQ because their drummer seriously hurt his wrist late in the week up to PIQNIQ, and doctor’s orders was to rest it. Can’t tell you how many people I bumped into that were disappointed in this (including me), after so much buzz about this band and the amped retro sound coming off so fresh and clean.

101 KQX decided not to add an additional band for the replacement- instead The Front Bottoms headlined the second stage, and they bumped Bishop Briggs to be the opening act on the main stage. The Front Bottoms took delight in the summer heat, whipping the crowd into a pogo frenzy at times- with lead singer Brian Sella singing and chanting about pot smoking and teenage angst while singing and playing his guitar barefoot. That they had a couple dudes relaxing on a couch behind some of the musicians for the entire set added to the mellow and awkward (yet cool) vibe about them.

Bishop Briggs in the daytime sun on the main stage..dressed in black workout gear…love her music and vibe- but she strikes me as a performer who should only come out at night, with cool lighting to set the mood, not in the blazing heat at 5:30 in the late afternoon. She still put on a cool performance for her short set.

On next: The Neighborhood. Was told beforehand that the band insisted that all live photography be published in black & white. OK – I’m up for the challenge. What does B & W do for a performance? It definitely enhances lead singer Jesse Rutherford’s tattoos, that’s for sure.  Me- I’ve always been a fan of contrasty black and white photography anyways. Have to say that the band has a catchy seductive vibe about them. A great set by them as well.

Up next: Bush, with Gavin Rossdale. You get the sense that Gavin and Bush still have something to prove, even with all the hits from the 90’s under their belt.  Gavin has always been quite the singer / songwriter / performer, and for this set at PIQNIQ, even with short sleeves shirt with long sleeve bandages around his right forearm (kinda like an NBA player), sweaty times ten, even 60 seconds into their first song- he lets loose with heavy guitar riffs, manic moving around, lots of up to the rafters singing as if his life depended on it, and then of course his obligatory chance to jump off the stage mid song, and head to the lawn for some more singing and palling around. Hard to keep up with this guy: he literally ran from one end of the lawn completely to the other, made it back to the pavilion, stood on a couple chairs and yelled some more, then ran down the opposite aisle to make it back to the stage. All in about 6 minutes, with not a moment to spare. Talk about getting the crowd into it and commanding an audience.

Which leads me to the next band up: Dashboard Confessional with Chris Carrabba on vocals and guitar. And how do you top Gavin Rossdale and Bush? You don’t. You have your own style and sound, so you you proceed with that. Dashboard have an emo sound that envelops a mix of indie with a dash of acoustic, and a dash of some genuine hard rock. It’s truly not a matter of trying to top the last artist on stage- it’s staying true to who you are and making it work to the best of your ability. That all sounds like gobbledygook, I know, but simply have to say I like the style and vibe of Dashboard and it’s lead singer / guitarist Carrabba.

And finally headliner for PIQNIQ 2018: AWOLNATION. The set- a cool backyard with fencing somewhere in northwest Arizona, what with a couple pot plants, some Yucca plants left and right, and a couple of fig bushes with elaborate fencing. Lots of red lighting to start the show stylized in such a way to give Aaron Bruno room to roam and dance menacingly, although hard to view it completely that way, what with Aaron’s short sleeve and flowery shirt. Like the owner of the house and the backyard where the party’s at kinda set and vibe and 13,000 of your local neighbors are in on the fun. To say he’s quite the intelligent frontman / performer is an understatement. The band is tight, the band is great with some ultra catchy tunes, and Aaron has fun from beginning to end revving up the crowd to his heart’s content.

And there ya go. Another PIQNIQ with all around good vibes in the books.