The Fest For The Beatles Fans 2016 Highlights and Review 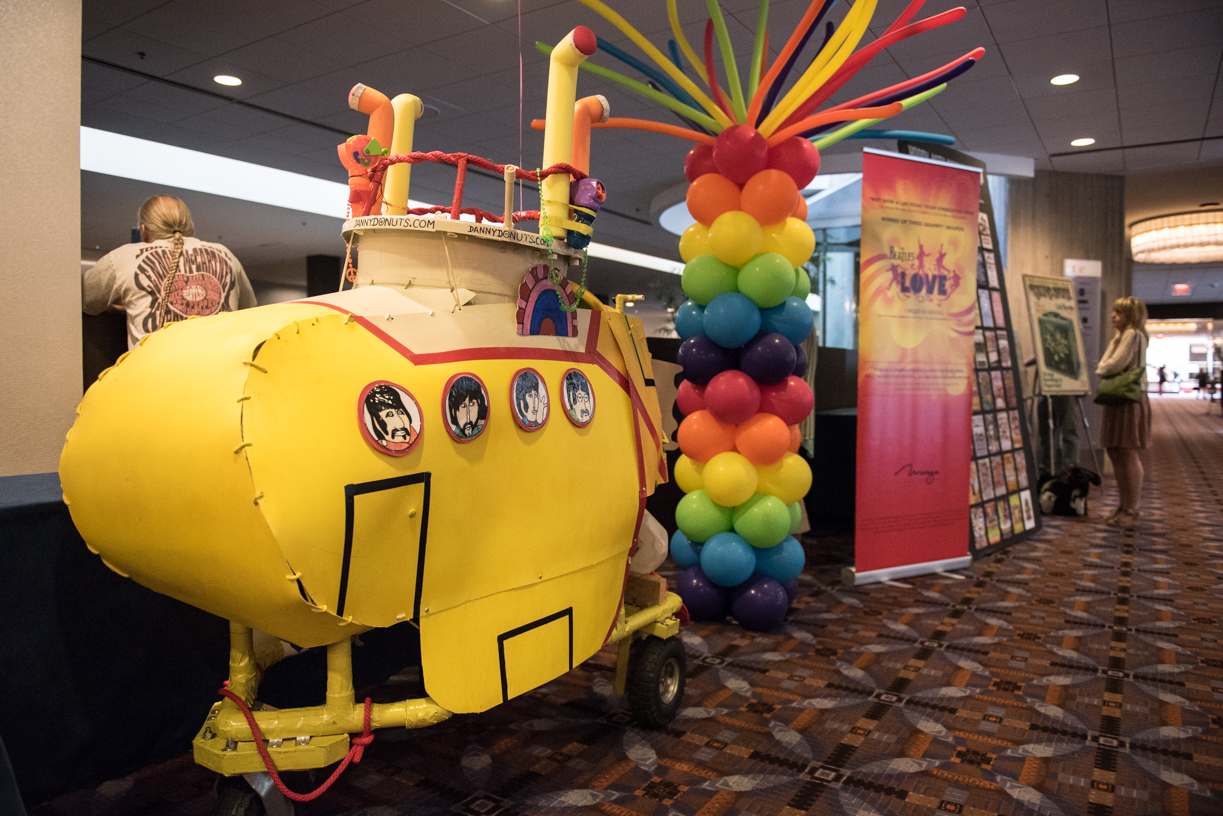 When you plop yourself down in the middle of a  hotel that has been taken over by all things Beatles, one can only hope to have a few fabtabulous things happen. And they did this year at The Fest for Beatles Fans at the Hyatt Regency O’Hare.

Everyone was here for one thing: The Beatles.

Whether you’re Fest founder Mark Lapidos or emcee Terri Hemmert or the two pre-school girls with their mom or any year Gen X-er, there was no age boundary here. The passion in every age, every nationality, every interest level is sky high.

Speaking of Beatles fans: One person who dropped in unexpectedly was Empire’s Terrence Howard. OK, what is going on here you ask. The downstairs marketplace was a buzzy hub of activity, with memorabilia fanned out and Beatle authors at their tables with their books. Howard walked in and went straight to graphic novelist Vivek Tiwary. Tiwary’s ‘The Fifth Beatle’ is a superb addition to the Beatles cannon of literature (with plans for television expansion) and Howard spent a good 5-10 minutes talking and looking at the book. I’m pretty sure he made a purchase. To top off my personal interaction with Howard, I was heading up the escalator and he stepped on directly behind me. I turned and asked him if he had a good day and his response: “Yes, I love it here and being able to interact with authentic human beings.” That’s what we are Beatle people! Take it home with you. I’ll also add that his mellow mood was more than likely enhanced by the birth of his son only two days previous.

Community and family: If nothing else, the one point my conversations touched on was this is one big Thanksgiving celebration (without the turkey as Mark Hudson pointed out). You can’t miss the dedication the guests have to the Beatles legacy and that they genuinely enjoy getting together to reminisce (as George’s sister Louise did) or jam to the oldies (as those attending saw the forum of Peter Asher, Albert Lee, Billy J. Kramer, Mark Hudson, Joey Molland and Mark Rivera do) and countless jam sessions large and small across the Hyatt. Anyone with a smattering of a singing voice was up and rocking.

All you need is cash: The legacy of the Beatles and spending your coin is not far from anybody’s eye line. Some folks were insanely lucky to hand over $10 for a chance to win a print from Tom Murray. He’s not a household name, but the photos from his session have been dubbed the ‘Mad Day Out’ – a one off affair in July of 1968 that only a few select people documented and is now book bound for sale. He was not only hysterical, but was generous enough to raffle off oversized prints worth thousands! Granted, looking over all the merch available is daunting to the casual observer. However if there was some trinket that spoke to you in a British accent, it was yours.

Exclusivity: this is the magic potion in attending a Fest. This year’s honor went to Klaus Voorman. His tie to the Beatles is one of the longest in recent memory: he met them in Hamburg, lived for a time with George and Ringo, drew the artwork for Revolver and played bass with each of them after the breakup. He brought his graphic novel on how the Revolver concept came together and it was among the higher lights within the Fest get together.

It’s hard to conceive sometimes that the Beatles occupied a precise, finite space and yet  their contribution has never waned, their influence and popularity has never diminished. The fact that they continue to generate enough passionate fans to gather for three days is still testament to their impact and with a little luck, the Fest for Beatles Fans can roll on for the next 40 years!

For more on The Fest For The Beatles Fans, click here

For photos from The Fest For Beatles Fans in Chicago, click here

For video and interviews from The Fest For Beatles Fans in Chicago, click here