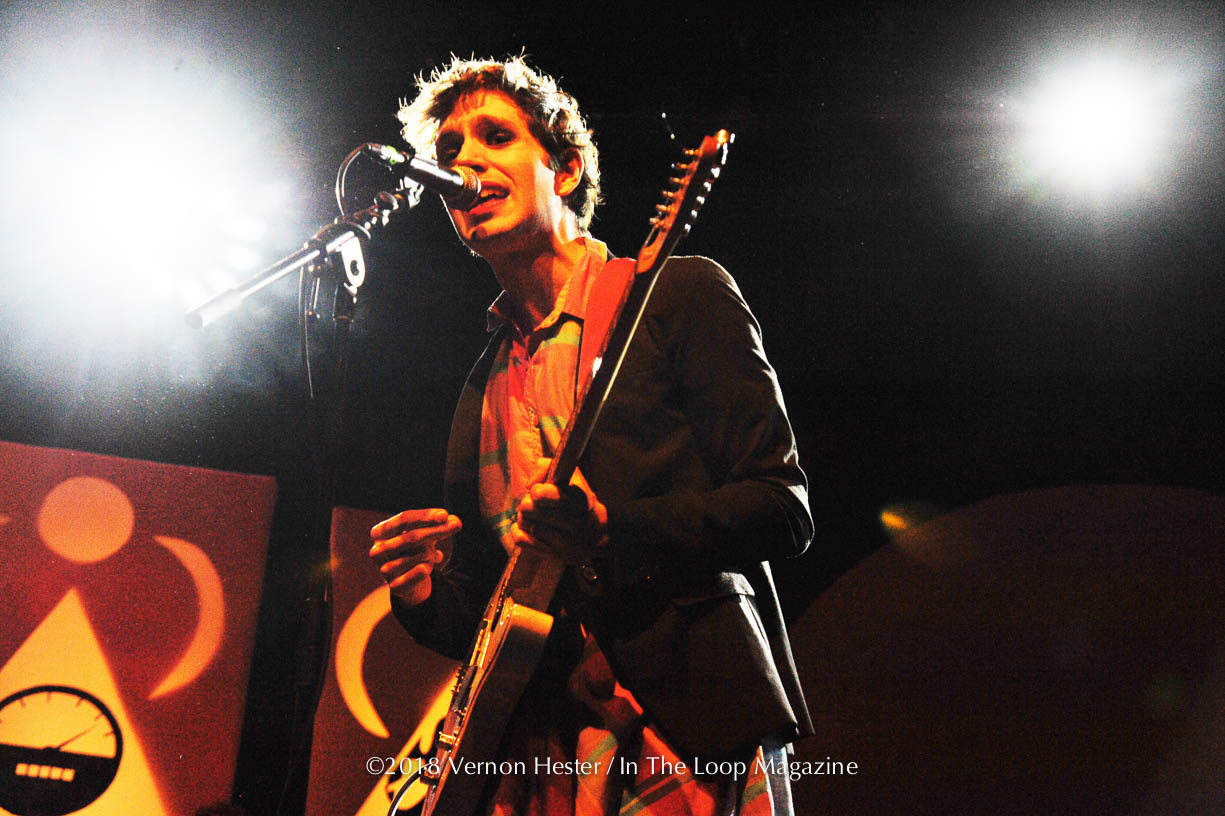 The first time I laid eyes on Ezra Furman I didn’t know what to make of him. It was in 2006 at a Logan Square street festival and I found myself in front of the Bluegrass/Americana stage. That in itself is strange because I hate Bluegrass and Americana but stranger still was the sight of twenty year old Furman, all 92 pounds of him, gabbing his heart out in front of a rapt audience. Once he started singing (it didn’t matter what) I was completely bewitched and beguiled like a fly who wakes in an ice cube.

Now it’s twelve years and seven full-length albums later and I’m still beguiled and bewitched by Furman …and I still don’t know what to make of him. As the former ex-Evanston native has managed to release consistently exciting music and romancing indie glamour while sprinkling a truck load of quirky pop masterworks along the way (“Mysterious Power,” “Put Your Sunglasses On,” “Bloodsucking Whore,” “My Zero,” “Little Piece of Trash,” “Portrait of Maude,” “Lousy Connection,” “Teenage Wasteland,” etc.), coming out as gender fluid, fronting three awe inspiring bands (The Harpoons, The Boyfriends, and now The Visions) cultivating a passionate European fan base, and touring constantly, he always seemed to be fueled by equal parts madness, manic artistic compulsion, and sheer genius. Which brings us to the new Tranangelic Exodus (on Belle Union Records) and his near capacity show at Thalia Hall on February 26.

The new offering is, like every EP and full length before it a rumination on where Furman’s head, heart, and body have landed since the last chapter addressing his relationship to God, romance, wandering, politics (although through a filter), growing up or refusing to and living his rock star life. That’s all fine and dandy of course since most rock stars sing about the same things, but with Furman’s skewed perspective the music has an oddball jack-in-the-box quality that sets it apart. On top of that, Furman’s songs toy with pop, Tin Pan Alley, techno, AM rock, Doo Wop, Boss Nova, punk, and folk but his treatment of those flavors could hardly be called conventional or predictable. I seriously doubt that Furman and his co-conspirator The Visions (Sam Durkes on drums, Ben Joseph on guitar, Jorgen Jorgensen on cello, and Tim Sandusky on bass and saxophone) know what the words conventional and predictable mean.

On Monday night Furman and The Visions greeted the packed house with a symphonic overture and not a hint of the mayhem that was about to go down. Furman flitted out in a flowered sun dress with The Visions dressed in white the lot of them looked like a pack of apple cheeked college boys from Eton on their way to a picnic and a spot of badminton in the country. That notion got dispelled with the set opener, the new “Suck the Blood from My Wounds” which was sloppy, feral, and downright murderous in the attack. Dress or no, it can’t be argued that Furman and his sidemen adore delivering the business end of rage rock and with “Haunted Head” and “Tip of A Match” in rapid succession the night got off to a breathless muscular start (Furman said with a touch of snark in his tone, “These are protest songs…”). He introduced “My Zero” as, “an old song which nobody knows the meaning of…” and then gave it a mid-tempo treatment that robbed it of its haunting melancholy.

I didn’t regret that since the show was clearly about looking forward without regret and while Furman remained gracious but as expected he inserted his own brand of biting humor in the mix (“Thanks for coming out to the show…we’re gonna play some faggot Jew songs for you now,” he said to wild applause.)

There were large chunks of Transanglelic Exodus on the set list (“Psalm 151,” “God Lifts Up the Lowly,” “Driving to L.A.,” “The Great Unknown”) but the best songs of the night had Furman providing a touch of back story to each. “No Place,” a song about Furman finding himself homeless came off as cathartic therapy as he twisted his lithe body literally into knots while ejecting the lyrics from his mouth like deadly daggers through clenched teeth. “Peel My Orange Every Morning” which he said was inspired by leaving home in the early hours to go on tour had a sweetness that masked its sadness. For “Maraschino Red Dress, $8.99 at Goodwill” he cracked, “You think being gay is all mind-bending sex, frivolity, and fun? Well there are plenty of serious issues to contend with…like shopping.” “Love You So Bad” served as the appetizer for the wham-bang finish which found The Visions fully uncorked, unloaded, and playing with the ferocity of an out of control Mack Truck careening down a mountain slope.

Furman, as the leader of the pack egged them on as they tore through the song like a bunch of delinquents closing the night with a rambunctious ” I Wanna Destroy Myself,” a snappy  “Restless Year,” and a positively incendiary “Tell Them All to Go to Hell.”

Being that this show was the second date on the tour it’s hard to imagine how Furman and his merry band will develop this installment of his “My Life In Words and Music” lifetime project, but the unpredictability is clearly part of the fun.