The Darkness Bring The Light To The House of Blues Chicago 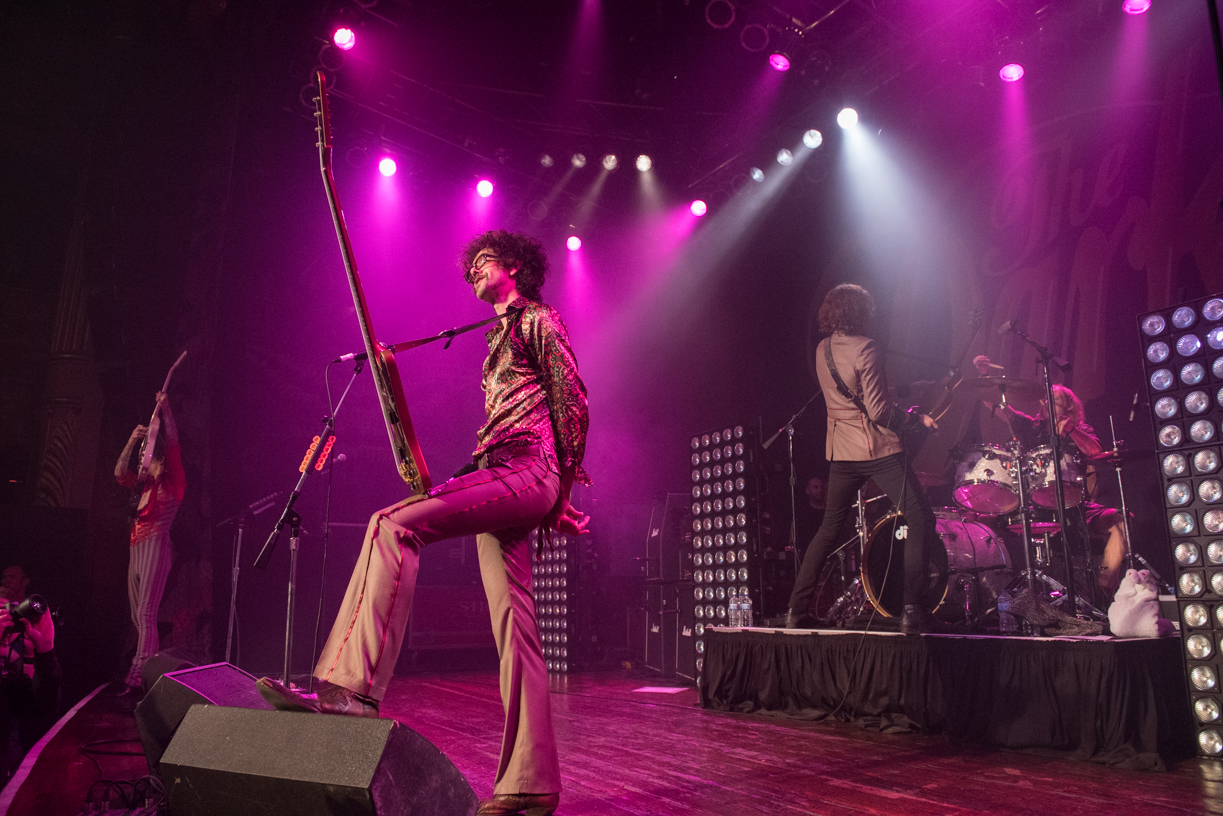 Every couple of years or so, someone in the popular music community makes the nonsensical claim that “rock is dead.” To that end, The Darkness are a special kind of throwback. Arriving like an atom bomb on the hard rock scene in 2004 with the now classic Permission to Land, the band faced a few years of tumult, member departures, and solo projects (as well as two more excellent albums) before delivering last year’s stellar Last of Our Kind. In support, the “Back to the U.S.S.A.” tour landed in Chicago on Wednesday to remind all in attendance that the spirit of glam rock is still alive and doing very well.

Offering their unique cocktail of the best elements in unrepentant ‘70s and ‘80s hard rock with a healthy dose of self-aware humor, the four-piece tore through classic tunes like “Get Your Hands Off of My Woman” and of course, “I Believe In A Thing Called Love” from their debut, which went over with stadium-style bombast; cuts like “Mudslide” and “Barbarians” from last year’s grossly underrated Last of Our Kind fit beautifully as well. The Darkness is one of those rare bands who could build a set list from all four of their records and have everything sound like it could have come from any one of those records – in an entirely good way.

Lead singer/guitarist Justin Hawkins, having long since abandoned the silver cape and flowing hair of the early 2000s, strutted the stage equal parts Mick Jagger and acrobat, doing handstands on the drum riser and leaping about with perfect glam rock aplomb, every bit the showman. The musical core of The Darkness—drummer Rufus Taylor, bassist Frankie Poullain, and lead guitarist Dan Hawkins—provided a solid foundation for Hawkins’ nonstop stage antics, as well as offering strong harmonies throughout the night on tracks like “Roaring Waters” and “Love Is Only A Feeling,” which had the audience swaying its arms in classic arena fashion.   By the time the night ended with an encore of “Concrete” from 2012’s Hot Cakes and “Love On the Rocks With No Ice” from the aforementioned debut, no one in the house could have claimed that they’d seen anything but a wholly entertaining rock n’ roll show from one of U.K.’s finest. The Darkness is a band who knows exactly what they do best, calling to mind legacy acts like KISS and Cheap Trick, who have never focused on deconstructing their own sound, and hopefully never will. When it comes to chugging power chords and over-the-top hooks, it gets no better.

For photos from The Darkness at the House of Blues Chicago show, click here

For a video sample clip of The Darkness at The House of Blues Chicago, click here

Love is Only a Feeling

Every Inch of You

Get Your Hands Off Of My Woman

Stuck In a Rut

I Believe In a Thing Called Love

Love On the Rocks With No Ice