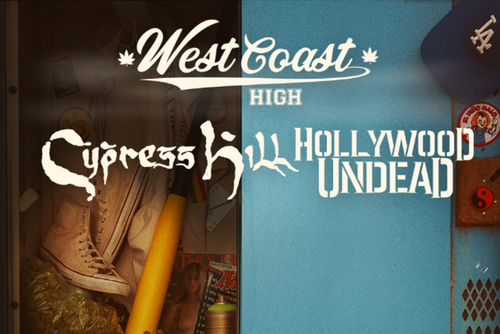 Cypress Hill and Hollywood Undead will be bringing their “West Coast High” co-headline run to Chicago on Tuesday, 3/12 at the House of Blues. Cypress Hill is touring in celebration of their ninth studio album, Elephants on Acid, and Hollywood Undead is on-the-road supporting PSALMS, their latest EP, as well as FIVE, their fifth full-length record. Both bands are available for interviews, and I’d love to set one up to preview the show. Happy to provide tickets for a live review as well. More info below!

Elephants on Acid is Cypress Hill’s first album in nearly a decade, as well as the first record DJ Muggs produced since 2004’s Til Death Do Us Part. After reuniting with B-Real and Sen Dog in Los Angeles, he traveled across the world to collect the vibe and sounds that make up much of what you’ll hear from start to finish on the 21-track-interlude mix. The LP has also seen rave reviews across the globe (Rolling Stone, MOJO, Kerrang, Clash & more), along with debuting at #5 on Billboard’s Rap Chart and landing in the Top 10 on the R&B/Hip-Hop Chart.

PSALMS serves as a companion piece to Hollywood Undead’s 2017 LP, FIVE, and features previously released tracks, “Gotta Let Go” and “Another Level,” as well as three brand new songs. Complete with an eclectic blend of pop, rock, and rap, the EP showcases the five-piece’s versatility, diverse musicianship, and authentic songwriting. HU also recently clocked over 1.1 billion total U.S. streams across their catalog, over two million monthly listeners on Spotify, and over 440 million total YouTube views – all marking impressive achievements in their career.