Concert Review: Otep and Brand of Julez at Wire in Berwyn 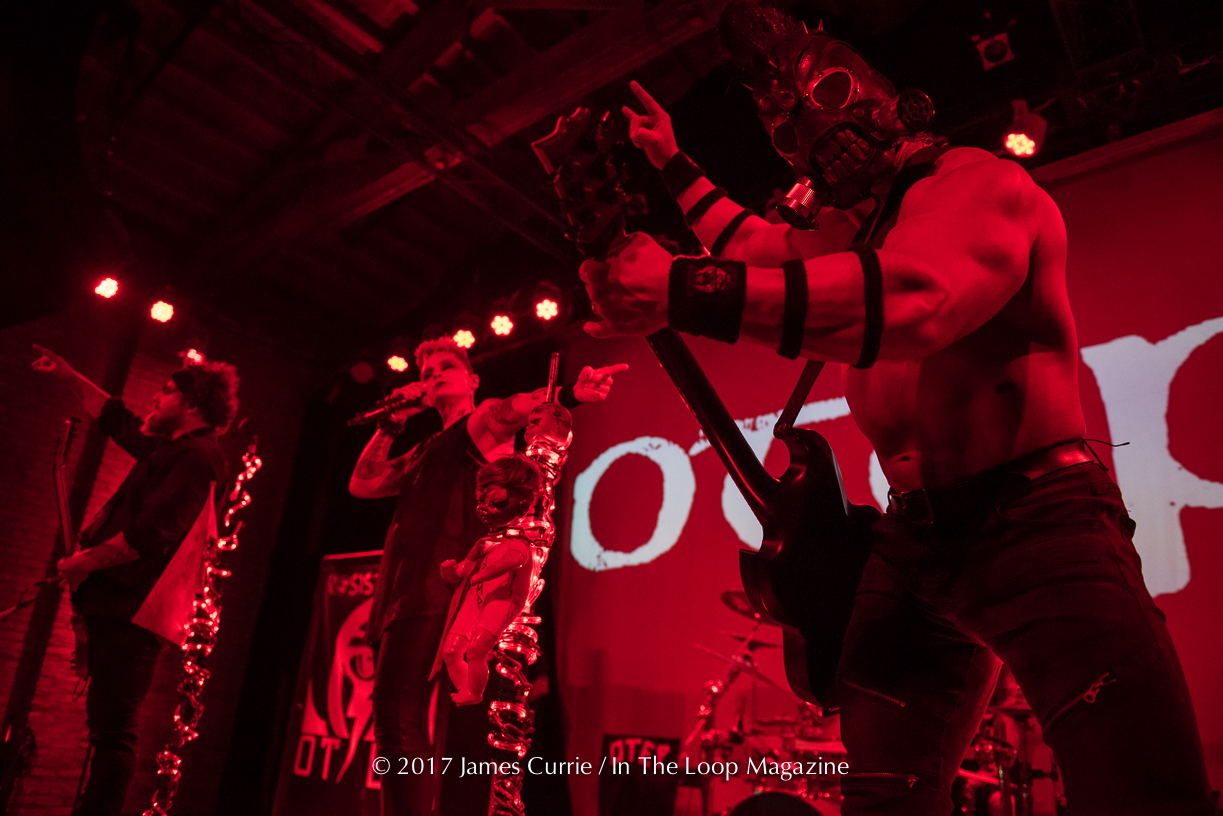 A longtime name in the world of heavy metal, Chicagoland recently received a memorable visit from LA’s, Otep. Having released their latest album Generation Doom last year, this was their latest tour in support of what could be deemed as their best album in many years. The tour also brought up and comers, Brand of Julez.

The tour made a stop at The Wire in Berwyn, a small and intimate venue for bands to play and really connect with their fans. A definite experience for the crowd, the night unfortunately was cut short due to a curfew in the area as well as the group’s main supporting act, The Convalescence, being released from the tour due to rumors there was behind the scenes drug dealings and substance abuse going on. But that didn’t stop the rest of the show from happening as replacement acts we’re soon added.

Before the headliners would take on the stage, New York’s, Brand of Julez, would grace the stage in their professional attire. The band played a great set of tracks that came with lots of energy and really got the fans pumped up considering most of the fans were there for more extreme metal compared to the group’s more grungy oriented sound. For being so young, the group already has a full-length album out as well as toured with many well-known names in the music scene. A very professional presence was seen and felt with every member giving it their all that night. You would think the group has been at it for many years, but their young and charismatic energy will surely take them to greater heights.

The main portion of the night would have one theme and one theme only, Resistance, as the Otep’s lyrics tend to revolve heavily around politics among other issues plaguing society. With deep red lighting hitting the stage, it would remain that way throughout the set, most likely in order to represent blood and create a dark and ominous atmosphere. With a fast set-change, the band, excluding singer Otep Shamaya, made their way to the stage in order to open with their own cover of Slayer’s, Raining Blood. Any metal fan knows this song gets the blood and adrenaline flowing so what better way to warm up the midwest crowd that night. It wasn’t long before the band kicked up a storm again and Otep Shamaya, making her way to the stage and showing off some fire tricks with her hands which really got the fans riled up and ready to take on the night. Her mic stand wrapped with red lights and a naked Trump effigy baby doll strung up to it.

Kicking up a storm with Battle Ready, the crowds were in a tight knit set-up, a mosh pit was pretty much growing and growing as the night went on. Before the group’s next track went on, she dedicated it to the fans and to everyone we hate with the track, Zero. The track basically mentions how not to care what others think about you or the way you live life, but that’s putting it nicely as the track has a harsher lyrical theme. T.R.I.C. followed into the night as well as their popular track Rise, Rebel, Resist. Otep Shamaya, encouraged the fans to throw their fists in the air, as the track talks about how the government view citizens as statistics than actual humans and to be free thinkers and not be believe everything you see in the media.

The theme transitioned to the darker track, Apex Predator and once more got more political with the track, Equal Rights, Equal Lefts, which is most certainly obvious what that one is about. Before the night was over, Otep Shamaya brought out a dummy head of Donald Trump which had no eyes and placed it on a mic stand and started punching it and encouraged the fans the stick up their middle fingers and got the fans riled up once more. This lead to the final track of the night, appropriately titled, Confrontation. Without a doubt one of the more extreme shows to hit the Chicago area, if you’re looking to get out your political frustrations or your general frustrations in life, Otep, is certainly one act that will leave you recharged and ready to take on the world.

For more on Otep including current tour, recent album and other offers, click here

For photos from the show at Wire, click here