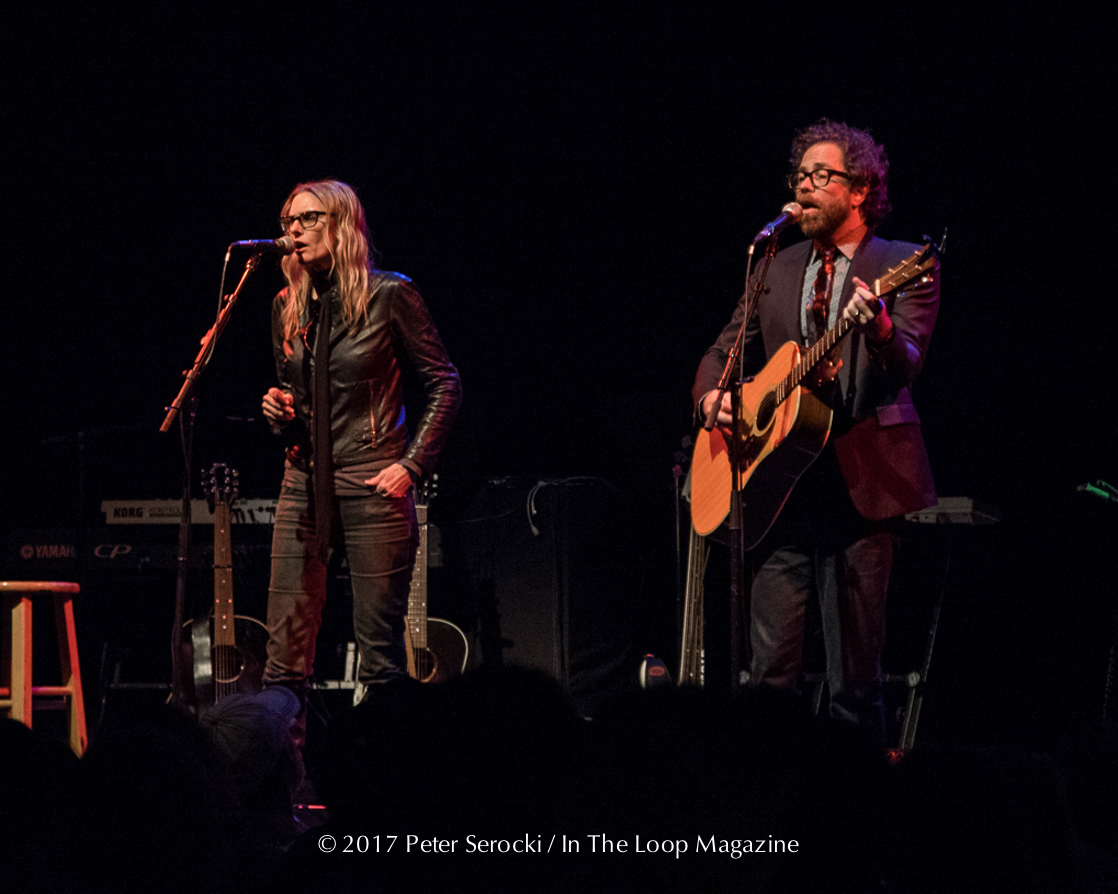 Taking the stage to a capacity Park West, acclaimed singer-songwriter Aimee Mann strapped on her guitar with a big smile. “I’m going to see if can match the depressing new stuff to the depressing old stuff tonight,” she grinned, and with that self-referential wink-and-a-nod to her reputation as one of the saddest of songsmiths, she led into a staggering version of one of her greatest heartbreakers, “4th of July,” from 1993’s Whatever.

For the uninitiated, Aimee Mann has remained one of the most talented songwriters of the last twenty years, balancing a unique medley of achingly poignant songcraft with bright, immediate melodies and a voice that rivals the best that have come before her in terms of emotion and restraint. Emerging from ’80s new wave-pop band Til Tuesday, Mann’s combative relationship with the music industry has been well-documented, leading up to her decision to go it alone on 2000’s critically-worshiped Bachelor No. 2 and her inclusion in Paul Thomas Anderson’s film Magnolia.

Since then, she’s been the gold standard for plowing your own road, releasing numerous albums with a consistency most artists would kill for, and her newest, Mental Illness, is no exception. The album is a curious collection, as it plays to her greatest strengths – lush melodies and wickedly clever though often heartbreaking lyrics – but eschews the bright and jangly power pop quality of her last few records. It’s a stark, acoustic-based affair, but it’s warm in all the right spots and fits beautifully into her canon, with new tunes like “Patient Zero” and “Rollercoasters” immediately at home among the long-time favorites like “Humpty Dumpty” and “Save Me.”

Mann’s new touring band is tight and focused, with Mann herself never amplifying beyond a clean acoustic, and the lack of a second guitarist this go-round left the job of any secondary melodies to keyboardist Jamie Edwards who, along with bassist (and producer) Paul Bryan, and drummer Jay Bellrose, helped to provide one of the most understated and valuable combos of Mann’s career, with the simpler arrangements forcing the focus to her voice that was sometimes fragile, sometimes commanding.

And sometimes laughing. It’s easy to forget, given songs that are populated with every nature of Everyman’s tragedy, just how damn funny Mann is. Opener Jonathan Coulton was a co-writer on several tunes from Mental Illness, and when he joined her on stage for those songs, the banter was gold. Introducing “Good for Me,” Mann (in a rare turn on live piano) noted that Coulton had called her and said that he was “trying to write an Aimee Mann song.”

“So he read me the first line, and I thought ‘fuck that guy’ for figuring me out,” she joked. It was only one in a series of hilarious exchanges before the night gave way to more upbeat rockers “Long Shot” (from 1995’s I’m With Stupid) and “Going Through the Motions” (from 2005’s The Forgotten Arm). Closing with a gorgeous one-two punch of Magnolia‘s “Wise Up” and fan-favorite “Deathly” (written for husband Michael Penn), Mann proved yet again that knowing your strengths is perhaps a songwriter’s greatest asset – and she’s getting stronger all the time.

For photos from the Aimee Mann show at Park West, click here