Concert Review: A Bowie Celebration The Alumni Tour Live In Chicago At The Vic 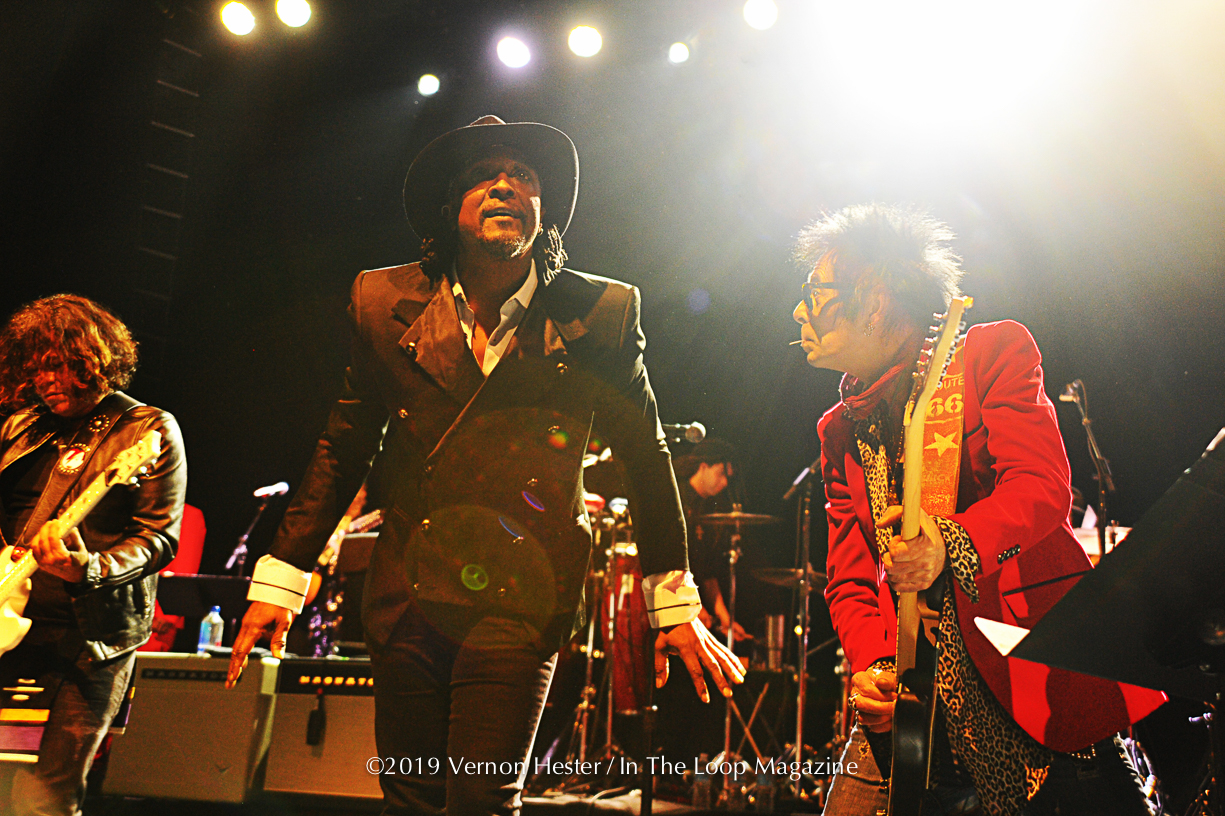 On February 22, the “A Bowie Celebration Tour” touched down at The Vic Theater and presented an evening of David Jones’ lifetime work while managing to improve on it. The tour, which featured various Bowie band alumni also featured three vocalists who shaded those much loved songs with new found fire, subtilties, and humor. The show offered plenty of chances to sing a long, but really, with this bunch you were more than tempted to keep your mouth shut and take it all in.

There were so many show stoppers (this show stopped on average every 16 minutes) that it got to be something of an exhausting joke. A few highlights; Corey Glover (of Living Color) scatting and ripping through “Young Americans” and finding the juggler gospel vein that runs through it and running with it. Bernard Fowler’s (who has sung with The Rolling Stones) intense, thundering rendition of “Fame,” which managed to not only blow the roof off of the theater but to veer violently into the avant-garde. Gaby Moreno’s sweet and winsome vocals gave “Drive-In Saturday” and “Space Oddity” an entirely different vibe that floated and wafted like a gentle mist. And then there was the set list which didn’t stint on goodies; a patient “Sweet Thing,” a scathing “Stay” (with Fowler and guitar god Earl Slick burning the place down), a tortured “Ashes to Ashes”(which gave Glover the chance to clown around with the songs closing refrain, “My mother said to get things done…”), a bracing “Moonage Daydream,” a low key “Rebel Rebel,” and an electrifying “Under Pressure.”

As if all that weren’t enough, with a band line up featuring Slick, Carmine Rojas (on bass), Steve Salas (on guitar), Lee John Madeloni (actually Slick’s son on drums), and Mike Garson on keyboards this show stopped being “just” a show and more of an event.

For more on A Bowie Celebration (The David Bowie Alumni Tour), click here

For photos of the show at The Vic, click here

Setlist: A David Bowie Celebration live in Chicago at The Vic February 22, 2019