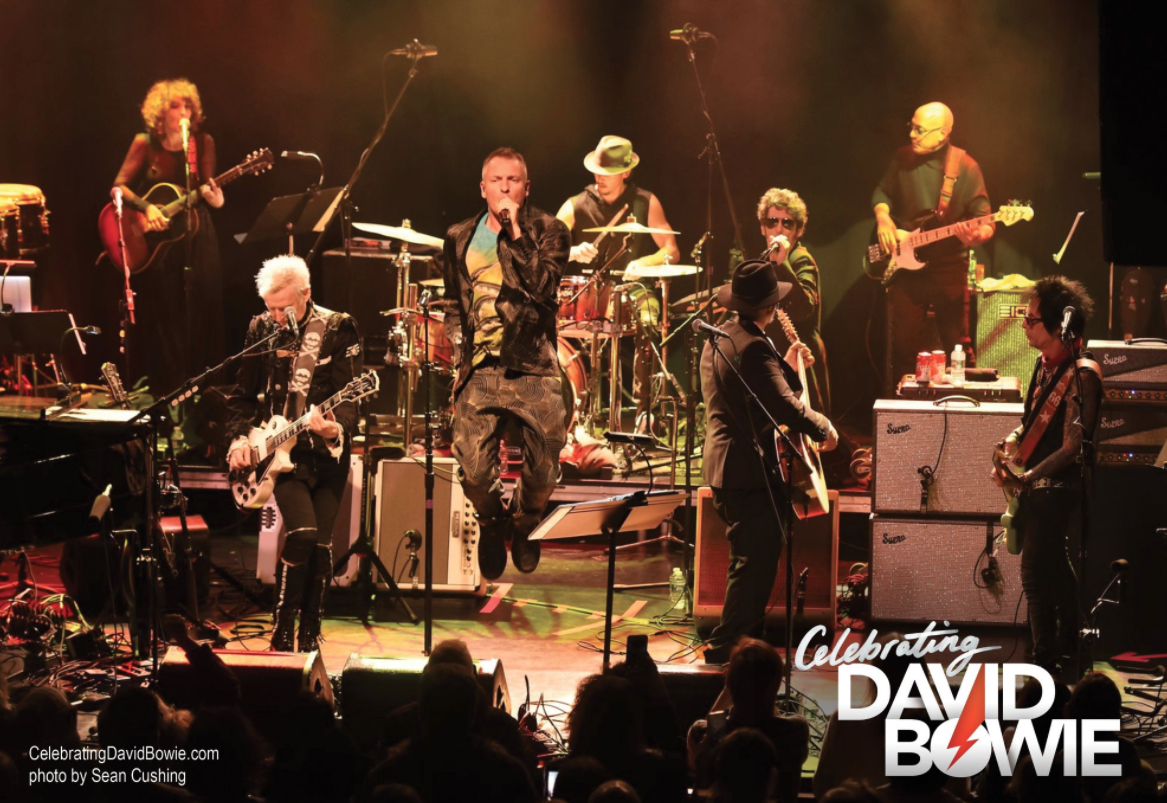 Celebrating David Bowie is excited to announce the addition of musicians Earl Slick (guitar) and Bernard Fowler (vocalist) to the North American leg of the recently announced 2018 tour. After performing rapturously received and critically lauded shows earlier this year, Celebrating David Bowie returns with a brand new Bowie show spanning his entire career with a new show in Mexico City that was also just announced. All tickets are on sale now with Mexico City going on sale Friday, November 3. To purchase tickets, visit: www.celebratingdavidbowie.com. See the full list of tour dates below and view the trailer here:http://tiny.cc/CdBNorthAmerica

More than just a mere salute, Celebrating David Bowie keeps Bowie’s  music alive with musicians who worked closely with him throughout his career and other top musicians greatly influenced by him.

Guitarist Earl Slick worked on landmark Bowie albums such as Diamond Dogs, Young Americans and Reality, among others, and toured extensively with him. Says Slick: “I’m happy to announce that I am officially joining my longtime DB band mates starting on the February leg of the ‘Celebrating David Bowie’ tour. So put on your red shoes and I’ll see you all then.” Vocalist Bernard Fowler is known for his work with The Rolling Stones and other iconic artists. Both Slick and Fowler will join legendary Bowie touring and recording keyboardist, and CdB band leader, Mike Garson–who collaborated with Bowie for longer than any other player–guitarist and previous Bowie band leader Gerry Leonard (A Reality Tour), and Bowie’s Let’s Dance/Serious Moonlight Tour bassist Carmine Rojas. Between them, they have over 30 years experience of recording, writing and playing live with Bowie.

Also joining the tour will be CdB 2017 standout Fishbone‘s Angelo Moore and 2017 Grammy nominee Gaby Moreno as well as special guests and other former Bowie band members who will make surprise appearances along the way.

The European leg of the Celebrating David Bowie tour begins in January with a modified band lineup and a new Berlin date on January 19 with tickets on sale Saturday, November 4.

For more information on CELEBRATING DAVID BOWIE, go to: