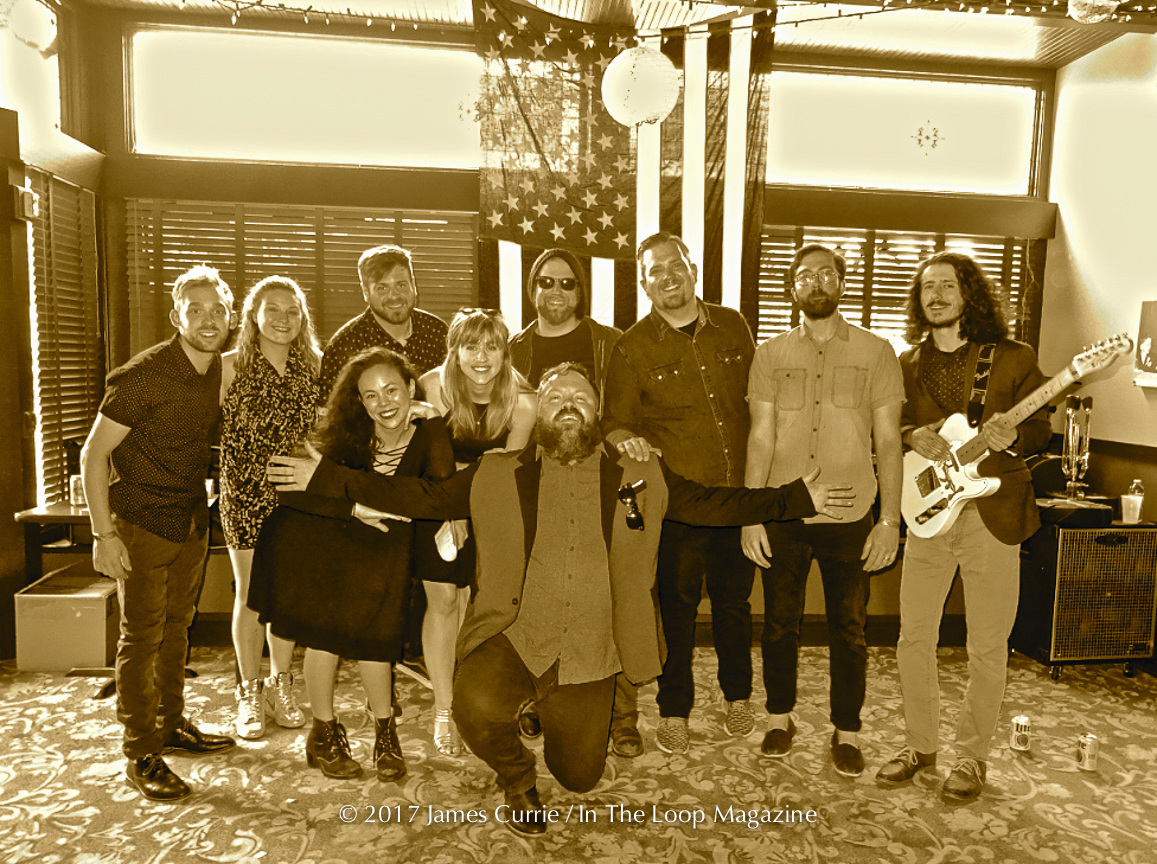 The Commonheart are a rockin’ band with heart and soul from Pittsburgh, PA. Think Blues Brothers meet Bob Segar with a touch of Joe Cocker. They are out on tour in support of their debut album, “Grown”. This past Monday, they opened the tent stage at FitzGerald’s Nightclub in Berwyn, Illinois for their annual American Music Festival.

This outfit is led by co-founder and singer/songwriter Clinton Clegg. Clegg is one of those front men that once you started watching you just can’t turn away. He’s full of energy and charisma. This soulful young man brings something not very common to his generation of musicians, heartfelt R&B. He’s animated and emotionally charged. You can tell this is not only his passion, but his life’s goal. The rest of the band equally as talented and passionate and as I learned later in the night, even younger with some members barley old enough to legally drink. They were a refreshing and welcomed approach that was incredibly well received by an audience 2-3 times their age.

When The Commonheart first went on, the dance floor was pretty scarce. It was early in the night so that’s to be expected, but after the first song ended, they came in droves. We had couples dancing, fans moving closer and closer to the stage and even an appearance from a local icon, Beatle Bob. Dancing stage right to every song with his unmistakable dance grooves and gestures of appreciation for the band.

This band is tight, full sounding and genuine. The lead guitarist, Micheal Minda, was just as animated as Clegg and every bit as talented. He wailed on the solos and chugged right along with the rhythm. He reminded me of a young Carlos Santana (The Woodstock years). The keyboardist, Lucas Bowman, was hammering down the soul tones on what looked like an old Hammond organ. The bass player, Anton Defade, solidified the backbeat along with drummer, Shawn McGregor keeping the machine rolling. The horn consisted of two. Nate Insco (other co-founder) on trumpet and Abby Gross on sax, both of which taking leads like a commander in a military strike. Acoustic guitarist Michael DeLuca filled in the stringed gaps and a pair of soulful ladies, Anne Celedonia and Mariko Reid harmonized and accompanied Clegg’s lead just right. Together, this is one impressive group. They gel. They seem like they genuinely want to be here, in this moment.

When they played their last tune, they cleared the stage to a rabid audience shouting for more. This band came in like Rowdy Roddy Piper in “They Live,” to chew bubblegum and kick ass, and they were all out of bubblegum. The Commonheart killed it.

This was a perfect paring for this band and this festival. They fit like a glove. I only wish they could have played longer.

In a brief discussion after they played, I learned they are in the works of a new album and will be releasing a limited edition run of that ever precious colored vinyl to commemorate it. Check back with In The Loop Magazine later for more details about that release and when The Commonheart make their return through Chi-Town. You won’t want to miss it.