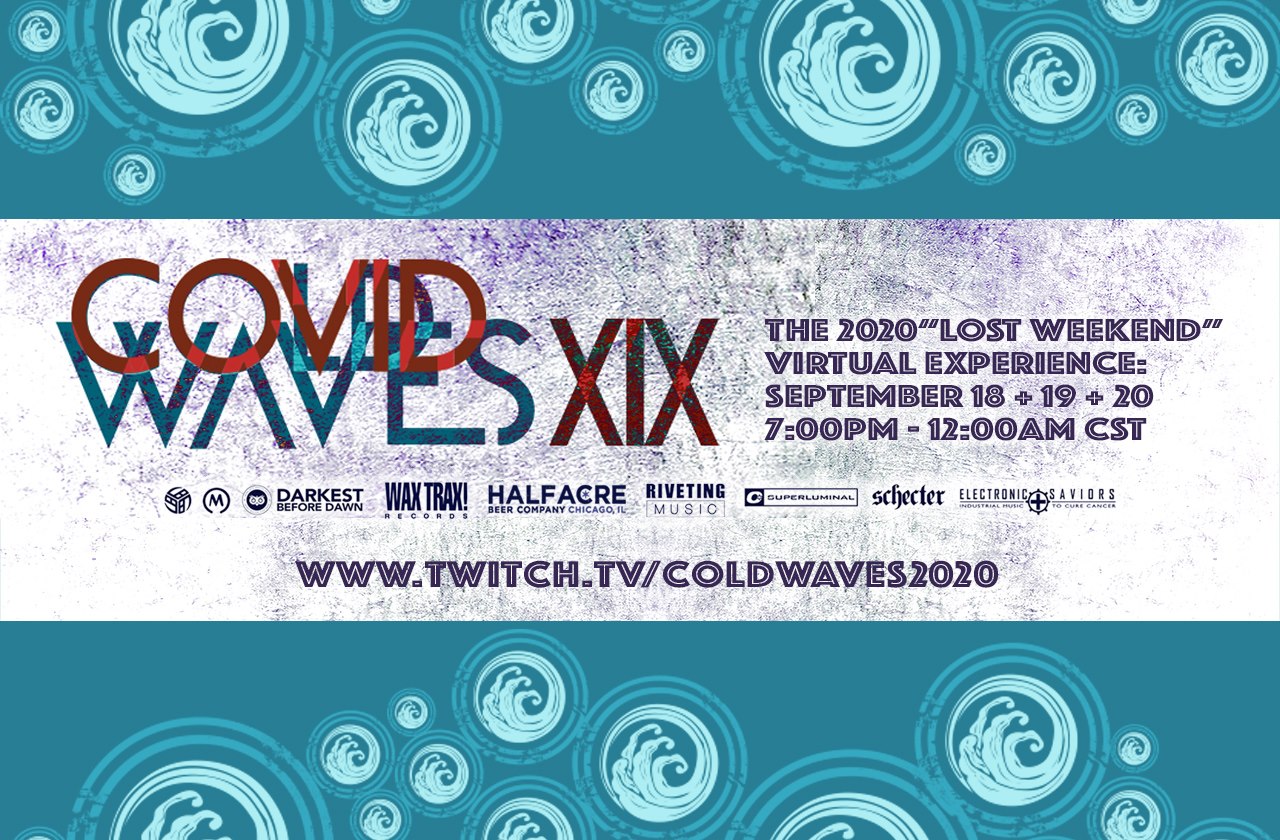 To Be Streamed Via Twitch HERE

The Event is FREE To Attend, With Opportunities For Donations

A Cover Of The Cure’s “Burn” By Stabbing Westward &

Contributions From Other Festival Alums

The long-running and much-loved industrial music festival COLD WAVES will live on this year in the form of a weekend-long virtual celebration, announced today. “The Lost Weekend Virtual Experience” is planned for September 18-20 and will be streamed FREE via Twitch HERE.

The 3-day event will feature several hours of programming nightly starting at 7:00 pm CT and will include new exclusive content, rare and unseen video performances, artist-driven auction items, special guest appearances and DJ sets. Some of the bands scheduled to participate include Meat Beat Manifesto, The Young Gods, Chris Connelly, Ash Code, Severed Heads and many more. The event is FREE to attend, with opportunities for fan donations. Full details will be revealed September 10.

This year’s annual in-person edition (COLD WAVES IX) had originally been scheduled to take place at the legendary Metro Chicago this month with headlining sets from Front 242, Stabbing Westward andMy Life With The Thrill Kill Kult, but had to be postponed due to ongoing health concerns, venue capacities and international travel issues as a result of COVID-19. It has since been rescheduled for September 24-26, 2021 with a to be announced lineup.

The virtual weekend activities will be organized as follows:

Final programming details, along with more information, will be revealed on the “Car Con Carne” show with James VanOsdol on Thursday, September 10. Tune in HERE.

In addition to special auctions and rare band merchandise for sale throughout the weekend, COLD WAVES will release an exclusive limited-edition compilation album with 15 tracks and remixes from festival alumni, including a cover of The Cure’s hit “Burn” (from The Crow soundtrack) done by Stabbing Westward. The album will have a limited CD pressing and will be available on the COLD WAVES website and the Cracknation Records Bandcamp page.

Proceeds from all sales will be donated to a GoFundMe set up for the staff of Metro Chicago as well as the Darkest Before Dawn charity, providing support to the nightlife communities. A donation button will also be available throughout the streaming activities for those that wish to donate further.