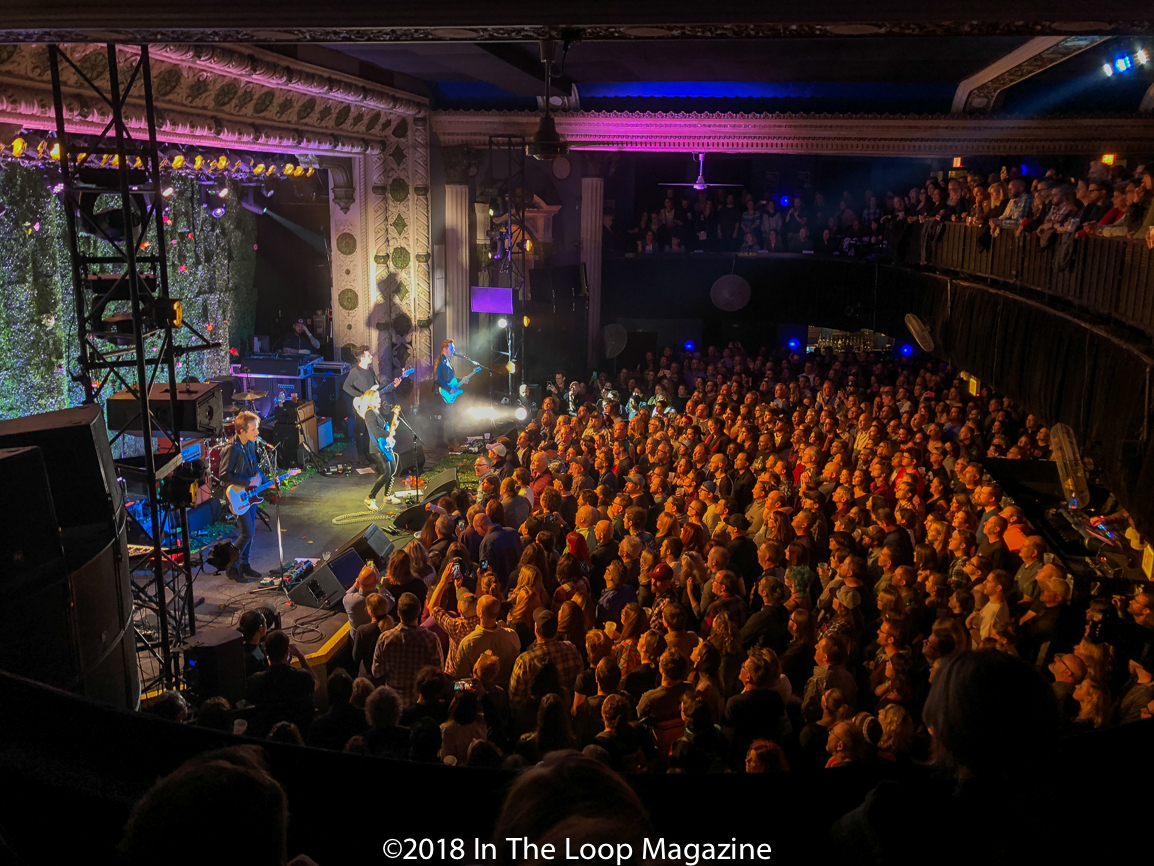 Liz Phair returned to Guyville on Saturday night for the first of two hometown Chicago shows at the Metro, capping a year that saw the maverick icon re-establish herself as one of the most moving, entertaining, and talented stars of the ‘90s.

While rumors of her 1993 classic Exile in Guyville being played in its entirety didn’t take shape (something that does feel like a bit of a missed opportunity given what a stunner the Girlysound to Guyville boxed set turned out to be), a solid handful of tunes from that set made an appearance; a rarely played “Help Me Mary” surprised some of the die-hards, while “Fuck and Run” and “Stratford-on-Guy” had the sold-out crowd singing along like it was an arena.

Phair’s return to the stage couldn’t have come at a better time, frankly, and her joy at being back in the game was visible for every second of the show. She was all smiles as her band made the most of tunes like “Never Said” and raised the bar a little with more guitar solos and a slow-build of an arrangement, and the more radio-friendly material like “Extraordinary” was appropriately at home in front of a sold-out room that was ready to sing along. The soaring chorus of “Why Can’t I” also featured guest vocals from Speedy Ortiz’s Sadie Dupuis and bassist Darl Ferm.

“I caught these two doing this song karaoke last night,” Phair quipped as a visibly excited Dupuis blushed and grinned. “So I thought it made sense for them to come out and help me on this one.” It was a moment that spoke to why Phair’s recent resurgence makes so much sense: in addition to all-things-90s being vogue again (and please, for the love of all that is holy, let it stay that way), the twenty-five years since Guyville’s release have seen a new generation of feminist musicians and artists build upon what Phair started, an attitude that called out the shitty cliches of male behavior with style and a smirk. (The mere fact that Guyville was taken to be a response to Exile on Main Street, the Stones’ hedonist male-manifesto was evidence of Phair’s sense of humor from the very beginning.) While Phair moved past that stylized approach to indie rock with the records that followed 1994’s sophomore effort Whip-Smart, it’s still there to be had, and new track “The Game” gave a taste of what’s to come from Phair’s next record.

“Mesmerizing,” one of Guyville’s strongest tracks, simmered with a bluesy energy and accent, and a slowed-down “Go West” was a welcome deep cut amongst the hits. By the time Phair left the stage after a seventy-five minute set that rarely slowed down, the crowd was just getting warmed up, but Phair was always a master of leaving us wanting more. We got it this year, in spades – let’s hope she keeps her newfound momentum going into 2019 and beyond. Long live the girlysound.