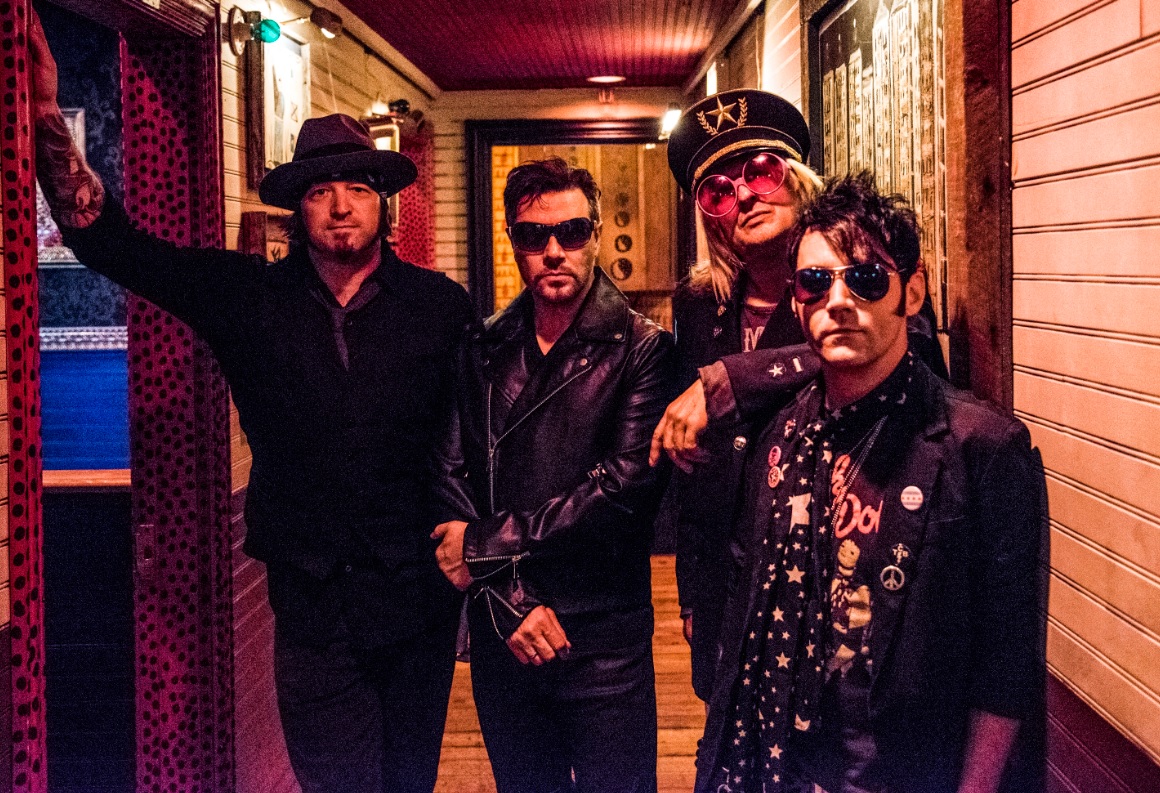 Enuff Z’nuff is the living, breathing example of what a rock/ pop group should be. In fact, the band is the very chrome-glinted definition of it.

With every album and live performance packed to the brim with rock/ pop perfection, there are no signs of the band slowing down. You can catch the band on tour through 2017 in support new album Clowns Lounge that was released today via Frontiers Music Srl.

Clowns Lounge can be ordered and streamed here:http://radi.al/ClownsLounge or at the below links:

View the video for the track “Dog On A Bone” HERE.

Clowns Lounge is a collection of rarities and early demos that have been reworked and re-recorded by the band and will be released December 2nd via Frontiers Music Srl.  This exceptional collection also features a guest appearance from the late Jani Lane as well as an appearance from James Young of Styx.

As people have been clamoring for a new release from Enuff Z’nuff, the band just happened to receive a call from Derek Shulman, and the rest was history:

“We had unfinished, unreleased material in the vault, and I went back into the studio in Chicago and started working on all the songs. Guitars, bass, vocals, it all needed to be tweaked, and with help from Chicago Recording Company and Chris Steinmetz of Stonecutter recording studios, we were able to create another rock solid record. It is basically an archival record featuring original band and Enuff Z’nuff as it is today. The record showcases the best elements of Enuff Z’nuff in the early days ; in your face glitter rock with pop overtones. This is a true must have rock record for the diehard Enuff Z’nuff fans worldwide.”

4. She Makes It Harder

6. The Devil Of Shakespeare (Feat. Jani Lane and James Young)

Get ready to see Enuff Z’nuff live With Ace Frehley! Coming soon in 2017!

It was the summer of 1989, and in came a strutting, loud and proud Enuff Z’nuff. With the release of the band’s self-titled debut album, the first single “New Thing” quickly tore up the radios airwaves, and became a favorite in heavy rotation on MTV.

In response to both its national and international success, the band followed up “New Thing” in 1990 with the release of the bittersweet rock ballad “Fly High Michelle”. The song immediately elevated the band to gold status and in 1991 had Rolling Stone magazine naming Enuff Z’nuff as “one of the more exciting and gifted bands on the scene today.

Still a major force after 20 albums, Enuff Z’nuff has gone on to earn a legion of loyal fans, and has earned the respect and acclaim of its peers and contemporaries.