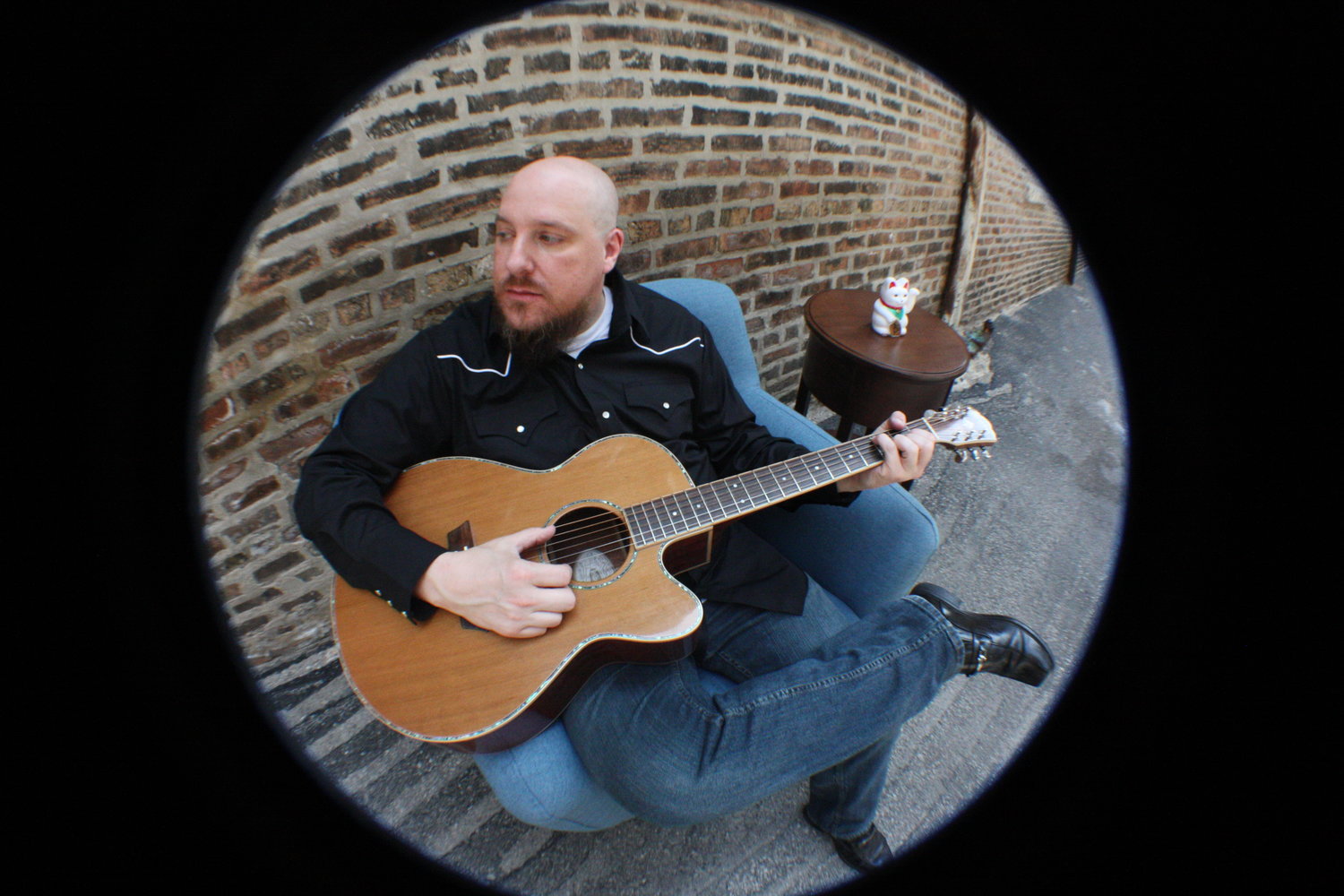 With his second solo LP Cosmic Lottery set to release this December 10th, Chicago-based
singer-songwriter Christopher David returns with his strongest record yet.
Comprised of 11 tracks, including new single “Indigo,” Lottery builds on David’s
signature style of melodic alt-rock/pop; the album will be his fourth release in two years.
“It wasn’t really my intention to machine-gun people with music,” David notes. “I just
write and record a lot of material, and after The Houdini Tapes [David’s 2016 debut], I
had a ridiculous amount of stuff – something like 40 or 50 songs. I started putting
together another full-length right away, but as it happened, [2016’s] Stereopsis and
[2017’s] Universe of One just came together as tight little EPs, so I went with those,
which gave me time to really think about what I wanted to do for a second album. In
hindsight, I’m glad I didn’t rush – I think this is the most focused record I’ve made.”

Lyrically, David has always concentrated on narrative, and Cosmic Lottery continues
that tradition. From the tragic characters wandering through the jangly chords of
“Oriana” and “Disintegrate” to the self-destructive antagonist and swirling guitars of
“Golden Anxiety Flowers” to the haunting reverb of “Pyramid” (which David jokingly
describes as “if H.P. Lovecraft had written a breakup song”), the album is a continuing
study of everyday people sorting through darkness in hopes of finding peace.
“Thematically, I’ve always been interested in the emotional response to crisis – how
people cope, the crazy, weird, funny, unsettling things they do in the face of trauma,”
David says. “Going through upheaval of any sort inevitably brings you to a new place,
and I’m really interested in the kind of chaos that exists in that space, that transition. I
try to capture that in snapshots – and musically, it’s about finding the right moments in
those stories to devote four minutes to, you know? That’s the fun challenge of writing
what I suppose would be referred to as pop music, at some level.”

And as far as the album’s wall-to-wall hooks?

“You have to keep people humming if your tunes are going to resonate,” David smiles.
“You have to want to start the record over the second it’s done. And I think the replay
value is high on this one!”

Cosmic Lottery will be released December 10th, digitally as well as on CD and vinyl,
with the vinyl version to include a series of photo prints and lyrics. “Indigo” is now
available digitally with a limited 7” version coming later this year that features “Lost
Child (of the ‘70s),” an outtake from the Lottery sessions. Additionally, 2018 will see
David on his first series of national tour dates in support of the album.

Preorder the “Indigo” 7” or download the digital version at http://
christopherdavid.bandcamp.com.