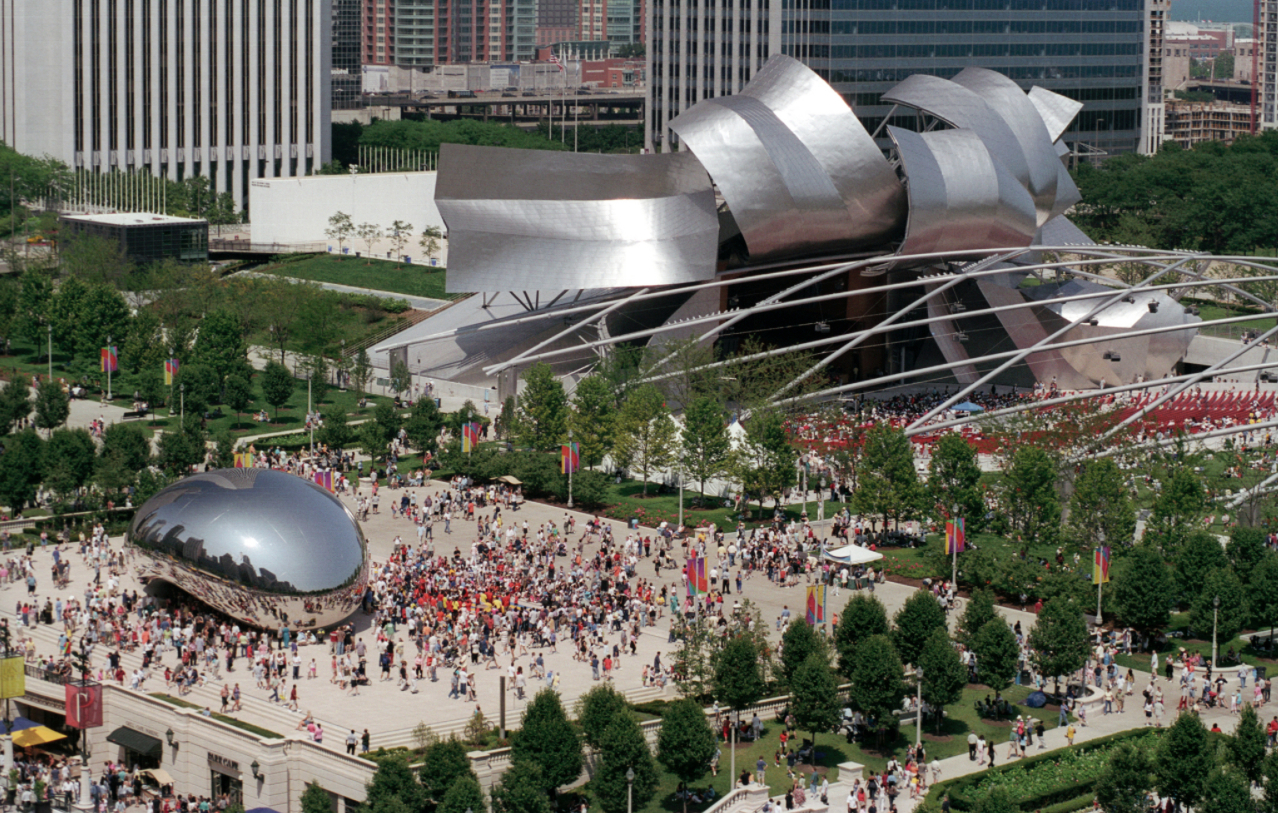 Experience the blues live in Millennium Park at the 34thAnnual Chicago Blues Festival happening June 9-11. At its new home in Millennium Park (201 E. Randolph St.), the Blues Festival will offer fans performances by the genres’ leading artists, as well as a wonderful new experience in the city’s premier outdoor music venue. The headliners performing at the Jay Pritzker Pavilion over the three days include: Billy Branch and the Sons of Blues with special guest James Cotton, Rhymefest, William Bell, Gary Clark Jr., Rhiannon Giddens, Ronnie Baker Brooks. The full schedule will be announced later this spring.

Experience the blues live in Millennium Park at the 34th Annual Chicago Blues Festival happening June 9-11. At its new home in Millennium Park (201 E. Randolph St.), the Blues Festival will offer fans performances by the genres’ leading artists, as well as a wonderful new experience in the city’s premier outdoor music venue. The headliners performing at the Jay Pritzker Pavilion over the three days include: Billy Branch and the Sons of Blues with special guest James Cotton, Rhymefest, William Bell, Gary Clark Jr., Rhiannon Giddens, Ronnie Baker Brooks. The full schedule will be announced later this spring.
“The City of Chicago is committed to presenting high quality live musical performances, featuring international, national and local artists that celebrate Chicago’s rich blues history and its influence on all genres of music,” said Mark Kelly, Commissioner of the Department of Cultural Affairs and Special Events. “We are excited to move the Chicago Blues Festival to Millennium Park where fans will be able to enjoy the finest blues performances in a setting that will only heighten the event’s reputation as the world’s preeminent free blues festival.”
With a diverse lineup celebrating the Chicago blues’ past, present and future, the 34th Annual Chicago Blues Festival shares the great Chicago-born music tradition with the world and shines a spotlight on its contributions to hip-hop, rap, R&B, rock, pop and more. Headliners on the Jay Pritzker Pavilion stage will perform from 5 to 9:30 p.m. each evening.
Friday, June 9
The festival opens in Millennium Park on Friday, June 9, with a celebration of the 40th anniversary of Billy Branch and the Sons of Blues. For this special performance, Billy Branch is bringing together many of the artists who have been part of the band since the first 1977 performance in Berlin, Germany. The set includes   a special guest appearance by legendary harpist James Cotton and performances by guitarists Lurrie Bell, Carl Weathersby and Carlos Johnson.
GRAMMY® and Oscar Award-winning artist Che “Rhymefest” Smith will perform an opening night tribute to the influence that blues music has had on rap and hip-hop. Rhymefest grew up on Chicago’s south side and is known as a revolutionary artist, writer and activist. In 2005, he won a GRAMMY® for co-writing the legendary hit record “Jesus Walks,” performed by longtime friend, Kanye West. In 2015, Smith co-wrote “Glory” alongside John Legend and Common, for the 2014 motion pictureSelma which received the 2015 Academy Award for Best Original Song.
The evening’s opening act will be announced later this spring.
Saturday, June 10
The Festival is thrilled to welcome Stax legend and soul star William Bell, who is back on top with two 2017 GRAMMY® nominations for his album This is Where I Live, his first major release in four decades.  The renowned singer-songwriter was honored in 2016 with the Lifetime Achievement Award for Songwriting at the 15th Annual Americana Honors Awards Show and also inducted into the Memphis Music Hall of Fame.
Additional headliners will be announced later this spring.
Sunday, June 11
Blues rock musician and Texas native Gary Clark Jr. will close the festival on Sunday evening with his electrifying energy and soulful sounds. With his 2012 debut album Blak And Blu and the 2014 GRAMMY® Award for Best Traditional R&B Performance for “Please Come Home,” Gary Clark Jr. has been hailed by the New York Times as “the next Hendrix.” Clark’s 2015 album The Story of Sonny Boy Slim reached number one on the Billboard Top Blues Albums chart in October, just a month after its release.
Rhiannon Giddens last performed at the Chicago Blues Festival in 2014 with the Carolina Chocolate Drops, and since that time she released her solo debut Tomorrow Is My Turn with T-Bone Burnett in 2015. With music incorporating gospel, jazz, blues and country with a hint of rock and roll, Giddens captivates with her vocal prowess and emotional range. On February 24, her follow-up album Freedom Highway will be released, including 9 original songs Giddens wrote or co-wrote along with a traditional song and two civil rights-era songs – “Birmingham Sunday” and the Staple Singers’ well-known single “Freedom Highway,” from which the album takes its name.
The final evening begins with Ronnie Baker Brooks who grew up on Chicago blues and is back on the Festival stage with the release of his new album, Times Have Changed. His first release in 10 years, Brooks collaborated with Steve Jordan who has worked with Keith Richards, Stevie Wonder, John Mayer and Eric Clapton. The album features Ronnie on the guitar and vocals joined by music Lonnie Brooks, “Big Head” Todd Mohr, Bobby “Blue” Bland, Steve Cropper, Angie Stone, Eddie Willis, Al Kapone, Felix Cavaliere, Lee Roy Parnell, among others.
The Chicago Blues Festival is FREE and open from 11 a.m. to 9:30 p.m. daily. The Jay Pritzker Pavilion will feature headliners from 5 to 9:30 p.m. nightly. Music begins each day at 11:15 a.m. at the Budweiser Crossroads Stage, the Rhythm and Blues Stage and the Front Porch. The internationally-acclaimed line-up at these stages specifically highlights local and national musicians that celebrate the genres rich tradition and heritage.
Leading up to the Chicago Blues Festival, during May and June, there will be several preview performances and film screenings held at the Chicago Cultural Center (78 E. Washington St.). The “official” Chicago Blues Festival preview on Daley Plaza will take place Monday, June 5, at noon.
For more information, please visit chicagobluesfestival.us. To plan your trip to Chicago for the Blues Festival, visit choosechicago.com. Join the conversation on Facebook (Chicago Blues Festival) and follow us on Twitter and Instagram @ChicagoDCASE (#ChiBluesFest).