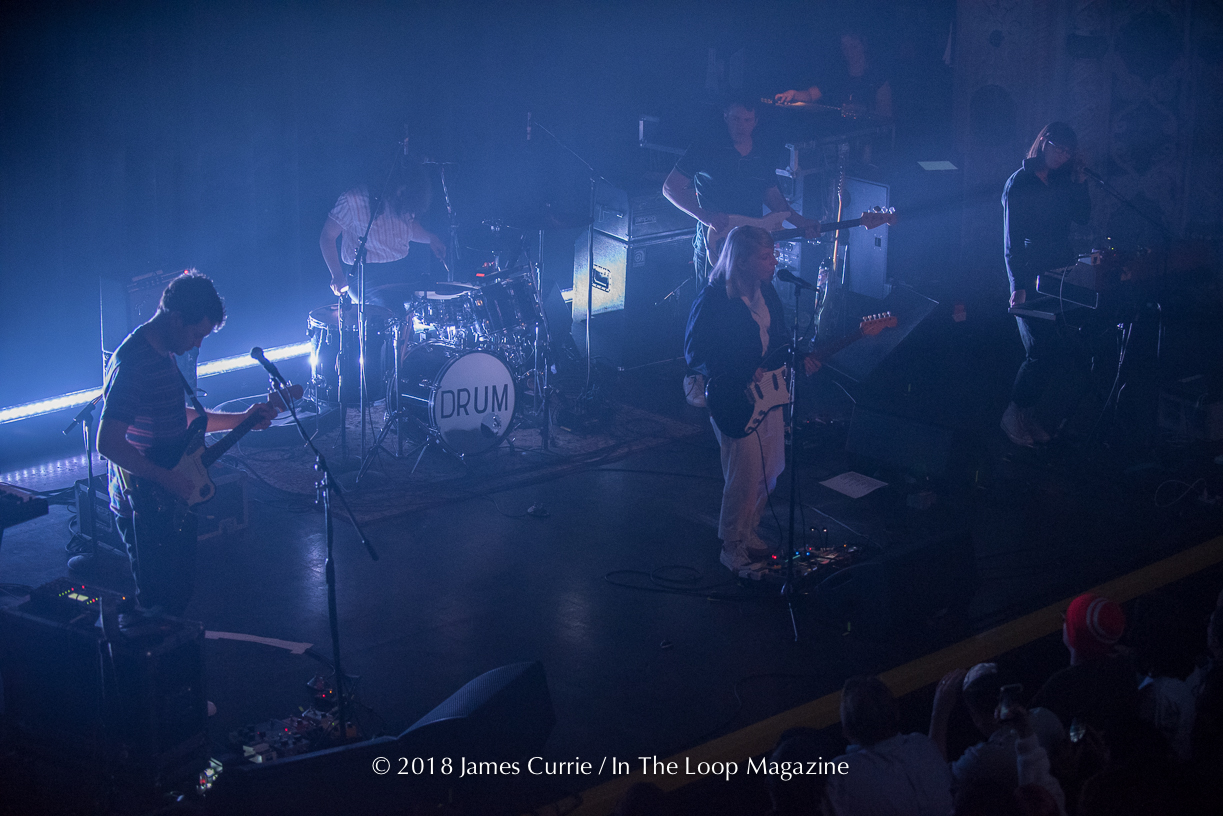 Canadian indie-darlings Alvvays brought their hook-drenched pop to a sold-out Metro crowd this Friday, proving once again that the spirit of the ‘90s is alive and well in a new generation of bands.

Opening with a salvo of hallmark tracks from their 2014 debut and last year’s sophomore release Antisocialites, vocalist/guitarist Molly Rankin led the quartet through a set heavy on upbeat, bounce-worthy cuts (new single “Plimsoll Punks” and “Saved by a Waif” among the standouts), and what the band lacked in stage presence (a dark lit stage with very little movement called to mind more of a shoegaze attitude than the ultra-poppy melodies suggested), they made up for in a near-perfect reproduction of their studio sound. Unsurprising, since the band’s records are tightly produced, economical affairs that focus on Songs with a capital ’S’ – by the time the band made it to “Archie, Marry Me,” their ubiquitous debut single, it remained another highlight in a series of equally hooky tunes. Rankin’s vocal style—as well as the simple, lilting arrangements—called to mind such greats as The Sundays and The Primitives, bands who relied on the power of etherial vocals and haunting major-chord melodies.

The years between Alvvays and Antisocialites were clearly a period of major growth for the band – and it’s fair to guess that, if that progression continues, the band’s third album will be one to reckon with.

For photos from the show at the Metro in Chicago, click here