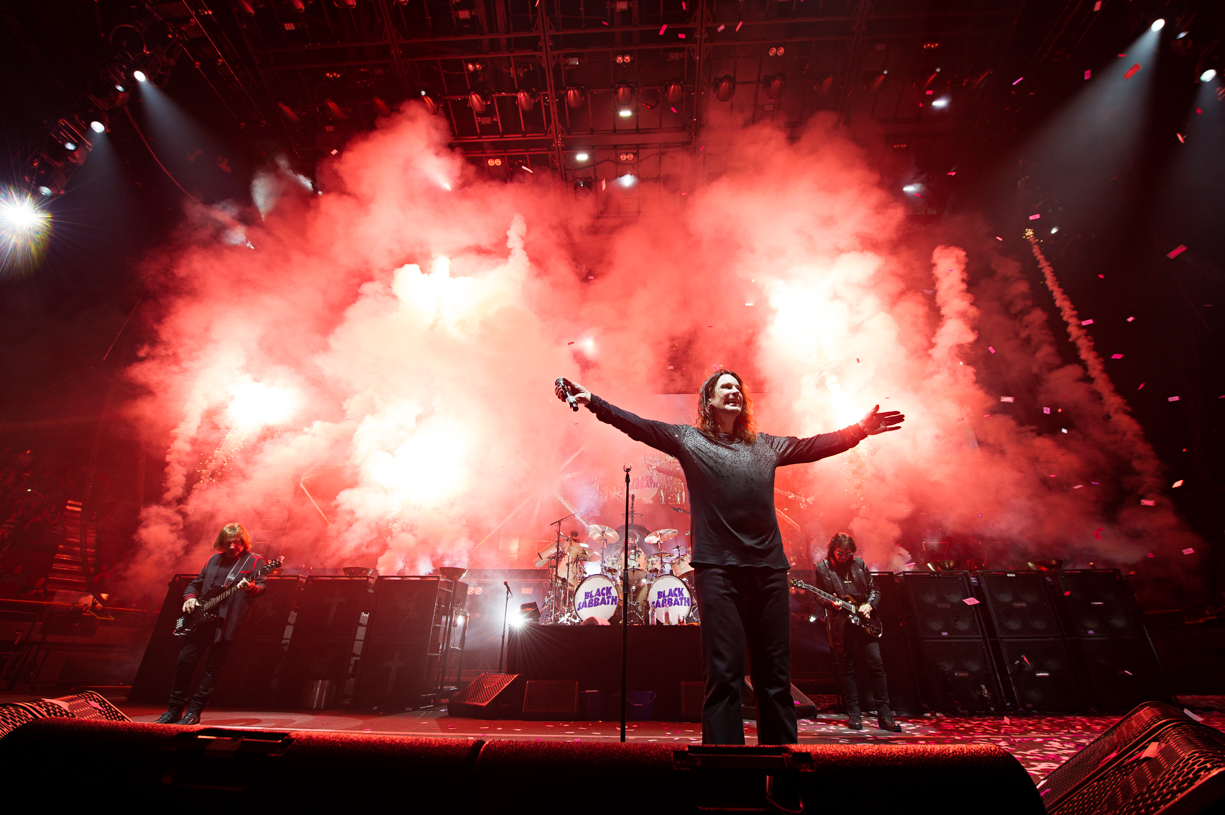 Heavy metal pioneers Black Sabbath are in the middle of their farewell tour, dubbed “The End,” culminating in their hometown of Birmingham, England, in February 2017. The extended trek rolled through the United Center in Chicago earlier this year at the beginning of the tour, and they returned to the area for an encore performance at Hollywood Casino Amphitheatre in Tinley Park on Sunday, September 4. It’s the last time they’ll perform in the Chicagoland area.

The show focused on their early material, with no reference of their swan song album, “13,” released to critical acclaim in 2013. Rather, they honed in on their roots, filling the nearly two-hour set with music exclusively from their first three albums with the exception of “Snowblind” from Vol. 4 and “Dirty Women” from Technical Ecstasy. Fan favorites “Fairies Wear Boots,” “War Pigs,” “Iron Man” and “Paranoid” were peppered in with classic Sabbath material that were a joy to diehard fans. A particular highlight was “Into the Void,” showcasing Iommi’s menacing riffs, and perhaps one of the greatest guitar compositions in the history of rock.

As the band rolled through epic jams, most in excess of 7-8 minutes, Ozzy played the hype man shouting, “Let me see those hands in the air.” He simultaneously moved back-and-forth across the stage, while motioning for the crowd to thrust their fists to the heavens in unison. And they did. Though Iommi’s play forms the foundation of Sabbath’s trademark sound, it’s Butler’s intricate bass work, dancing around the looming guitar riffs, that actually seal the deal.

Ozzy did address the crowd briefly before performing “Children of the Grave” near the end of the night. He stated, “These really are our final shows…you’re not going to see us change our mind in five years…it’s not going to happen” The Prince of Darkness added, “Thank you for giving me such a great life, I love you all.”

It was a metal show, but the ubiquitous drum-solo would have been better served with more music. Classics such as “Sweet Leaf,” “Sabbath Bloody Sabbath,” or  “Hole in the Sky” would have been a welcome addition. However, if that 10-minute breather gave the aging rockers time to recoup for a show that went beyond the standard 90-minute fare, it was a worthy trade.

Behind the Wall of Sleep