Belly Are Back And After Saturdays Performance At The Vic, Prove Staying Power 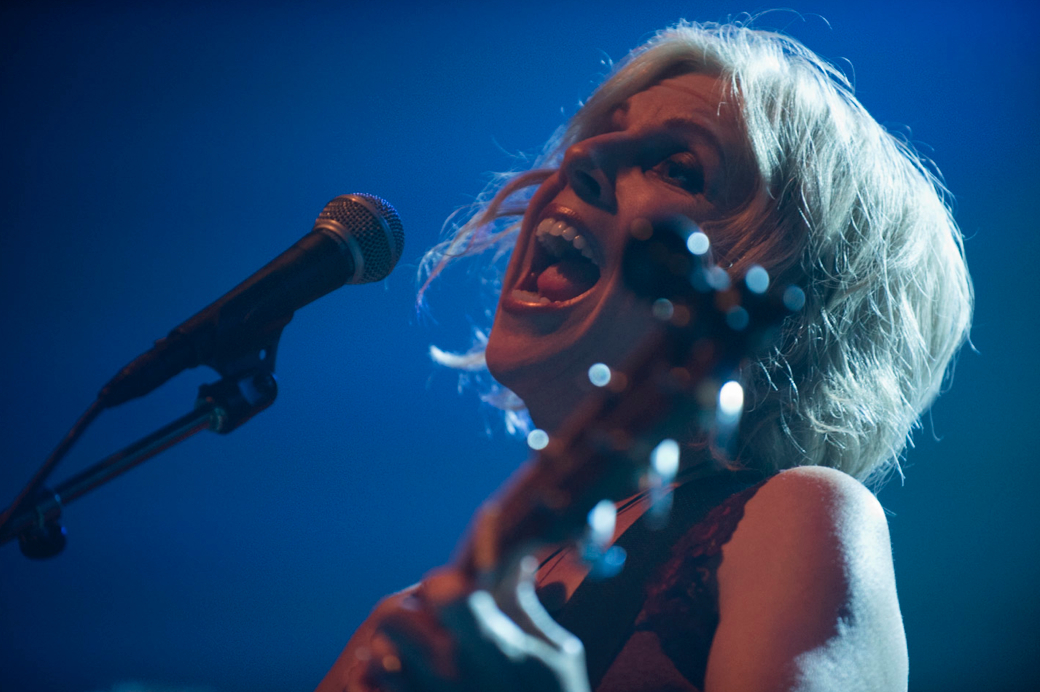 The more years that pass, it becomes ever-clearer that the heyday of what came to be known as alternative rock spawned bands with timeless appeal that transcended any clear genre. For every Nirvana or Smashing Pumpkins, there were a dozen excellent bands who, while never reaching those mythic peaks of success, plugged away as long as they reasonably could and never failed to disappoint.

Last year’s jubilant Veruca Salt reunion was a harbinger of things to come, and since then we’ve seen the reformation of Lush, Letters to Cleo, and now, Belly, the band that fully brought singer/songwriter Tanya Donnelly to the fore. In spite of only releasing two albums (1993’s Star and 1995’s King), Belly was, arguably, one of the most unique and engaging alt-pop bands of the era, and their stop at the Vic Theatre on Saturday night felt like the capacity crowd had been pulled through a wormhole back to that sterling decade.

For a few reasons. First, the band members barely appear to have aged, and Donnelly is as engaging as ever, her signature sway and stunningly versatile voice on full display from top to bottom. The lack of opening bands and the fact that this short tour is entirely on the band’s terms (they’re working without a crew, handling the loading, travel, etc. entirely on their own, which is practically unheard of for a band with their legacy) made for a dynamic, focused show split into two sets—something that, in spite of my love for hearing new bands as openers—more legacy bands should take note of.

Opening with King single “Seal My Fate,” the band hit on all cylinders immediately, and it felt like they’d never even been gone. Bassist Gail Greenwood has to be one of the most energetic musicians on earth, leading the crowd in singalongs and generally bantering with hilarious aplomb, noting the many fans who have been following the band for the duration of their tour, even noting that she remembered a fan who had given her a gift back in the ‘90s. I believe her—the band’s effortless connection to their fan base was one of the most intense I’ve seen throughout this time of reunions and reconciliations, which made the show that much more special.

The band delivered the majority of Star and a few choice cuts from King, which was harder rocking than its predecessor, though no less intimate from a songwriting standpoint. The biggest surprise came in the form of brand-new song “Punish,” which indicates that Belly have been casting at least one eye toward the future. At first blush, the song seemed to be a perfect continuation of where the band left off after King, with a clear hook and a driving beat calling to mind some of the band’s most-recognized material. Guitarist Tom Gorman and drummer Chris Gorman are both aces up the band’s collective sleeves, and the band’s onstage interactions as they tried to get the Gorman family, who were at the side of the stage watching the show, to come out for a dedication. It was the first of several personal shoutouts to fans who have made themselves known to the band, as Greenwood congratulated one couple on their engagement and another on their anniversary.

Deep cuts were in abundance and as well received as the singles, always an indicator of a fanbase’s dedication. The thrashing “Dusted” was balanced by the lush, acoustic “Judas My Heart,” an underrated ballad with some of the most beautiful lyrics Donnelly ever committed to song, and the bouncing “Red” drew even the most stoic observer into one of Donnelly’s most irresistible hooks. “Low Red Moon” closed out the first set in a wash of flashy light work, at which point Greenwood indicated that they were going to take a ten-minute break “so all the parents in the house could call their babysitters.” Indeed, the crowd was almost completely a time capsule of those who grew up with the band in their high school or college years, though the natural appeal of the band’s melodic pop tunes would likely have no trouble reaching a younger demographic in the right context.

Opening the second set with “Full Moon, Empty Heart,” the second half of the show mixed hits with more ethereal introspective tracks, with the harmony-driven “Spaceman,” King opener “Puberty,” and “Feed the Tree,” the rollicking single that brought Belly to the world, as standouts. The band closed with “Thief,” another rarity that didn’t appear on a proper album but was widely known by the faithful, and it was more proof that Belly weren’t playing by anyone else’s rules.

Donnelly has been quoted as saying she regrets not having made a third Belly album, and if Saturday’s show was any indication, they’d be crazy not to. Like we’re discovering with so many others from that era, they may indeed just be hitting their stride.

For photos of the performance from the show, click here

One thought on “Belly Are Back And After Saturdays Performance At The Vic, Prove Staying Power”