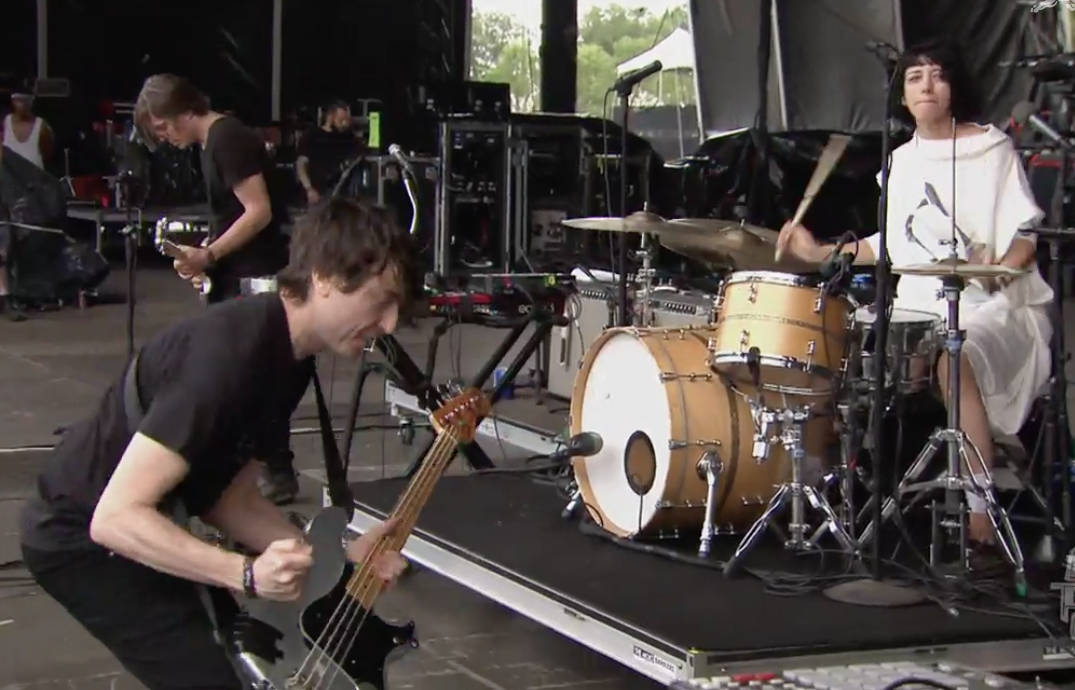 For every band that gets waves of people to throw their hands in the festival air, there is, thankfully, a band that brings a wholly unique sonic world to the stage and forces you into it. At Lollapalooza 2016, that band was Autolux, who are currently riding a wave of renewed interest after releasing their first album in six years this past April, the stunning Pussy’s Dead.

Granted, if you really want to see this band in their true element, you’ll see them at night, in a club, with their schizophrenic computerized light show in full effect alongside the bombast of their sound, three people that sound like ten. Even still, in the overcast afternoon light of Grant Park, the robotic assault of new songs like “Listen to the Order” and “Brainwasher” (alongside classics like “Turnstile Blues” and “Subzero Fun” from their shoegaze masterpiece, 2005’s Future Perfect ) translated well. Think OK Computer filtered through the fuzz of My Bloody Valentine and you’re almost there, though it isn’t totally fair to compare Autolux to other bands, and they bear little to no resemblance to guitarist/vocalist Greg Edwards’ ‘other’ band, Failure, though the space-aged themes and crushing layers of guitar-on-synth are ever-present.

For as integral as Edwards and bassist/vocalist Eugene Goreshter are to the overall attack, Carla Azar is arguably the most under recognized drummer in rock at the moment, and though Pussy’s Dead features a bit more electronic percussion than their previous two releases, it’s clear how important drums are in maintaining the backbone of Autolux’s often frantic, bizarre sonic textures. Standing atop her drum stool for the pulse of Pussy’s unlikely single, “Soft Scene” in a white, patterned smock like Lana del Rey’s older, sci-fi sister, Azar transcended the usual drummer role, instead taking a front-and-center position in driving the band’s sound.

From a setlist standpoint, Autolux didn’t play it safe. New songs “Junk for Code” and “Hamster Suite” were slow, unlikely selections for a mid-day festival set where heavier hitters like fan favorite “Sugarless” or “Supertoys” from 2010’s Transit Transit would have been a welcome addition, but one doesn’t get the sense that Autolux are playing for anyone but themselves. Unlike so many other festival bands, they expect you to come to them and be hypnotized by their special brand of space-rock without getting in their own way. And that’s a good thing.

The Fixx, Live at City Winery, Bring Back The Magic and Memories North Coast Music Festival After Parties 2016