Alert! Double Door Still In Danger! Sign The Petition To Help Save It! 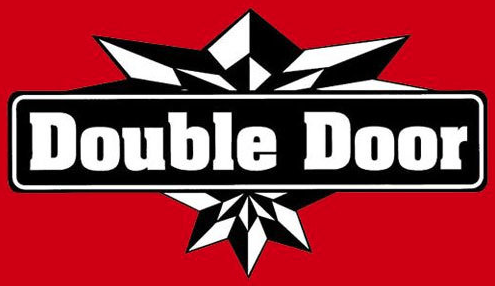 Double Door’s lease expired Oct. 31. The landlord filed a complaint Nov. 3 in Cook County Circuit Court seeking Double Door’s eviction from 1572 N. Milwaukee Ave. The fight, which continued in Cook County Circuit Court, touched on whether Double Door gave the landlord proper notice that it wished to extend the lease. DD attorney, Cary Schiff introduced documents that included a lease extension request letter from Double Door’s Mulroney dated April 24, more than 180 days before the lease expired, as required by the contract. Strauss’ attorney, Bonita Stone, said the landlord never received the letter.  Additionally, Schiff explains, “Strauss and my clients, their actions were inextricably linked in so many ways,” Schiff said in an interview. “We put in $83,000 in improvements (in the last two years) in full anticipation we’d be there for the option term. Both formally and informally, Strauss knew.”  Double Door management squared off against landlords Harry and Brian Strauss in court in 2005 over lease troubles before a multiyear agreement was reached.

Double Door has become a fixture in Chicago’s Wicker Park neighborhood and an integral part of the cultural and music scene in Chicago since it’s opening in 1994. The club has played host to some of the biggest bands in the world including The Rolling Stones, Kid Rock, WILCO, The Killers, Cheap Trick, Kings of Leon, Kanye West, Sonic Youth, Of Monsters and Men, John Legend, Andrew Bird, Macy Gray, The Strokes and many others, bringing national and international exposure to Chicago. The club has nurtured the careers of many of Chicago’s most successful local artists including Smashing Pumpkins, Chevelle, Local H, Lovehammers, Liz Phair, and Rise Against.

10 years ago, the Strauss family tried to evict Double Door, and our petition of over 5,000 signatures made a significant impression on the judge during the hearings. Please take a second, sign the petition, and share with your friends to help save the institution that is Double Door preserve the cultural integrity of the neighborhood.