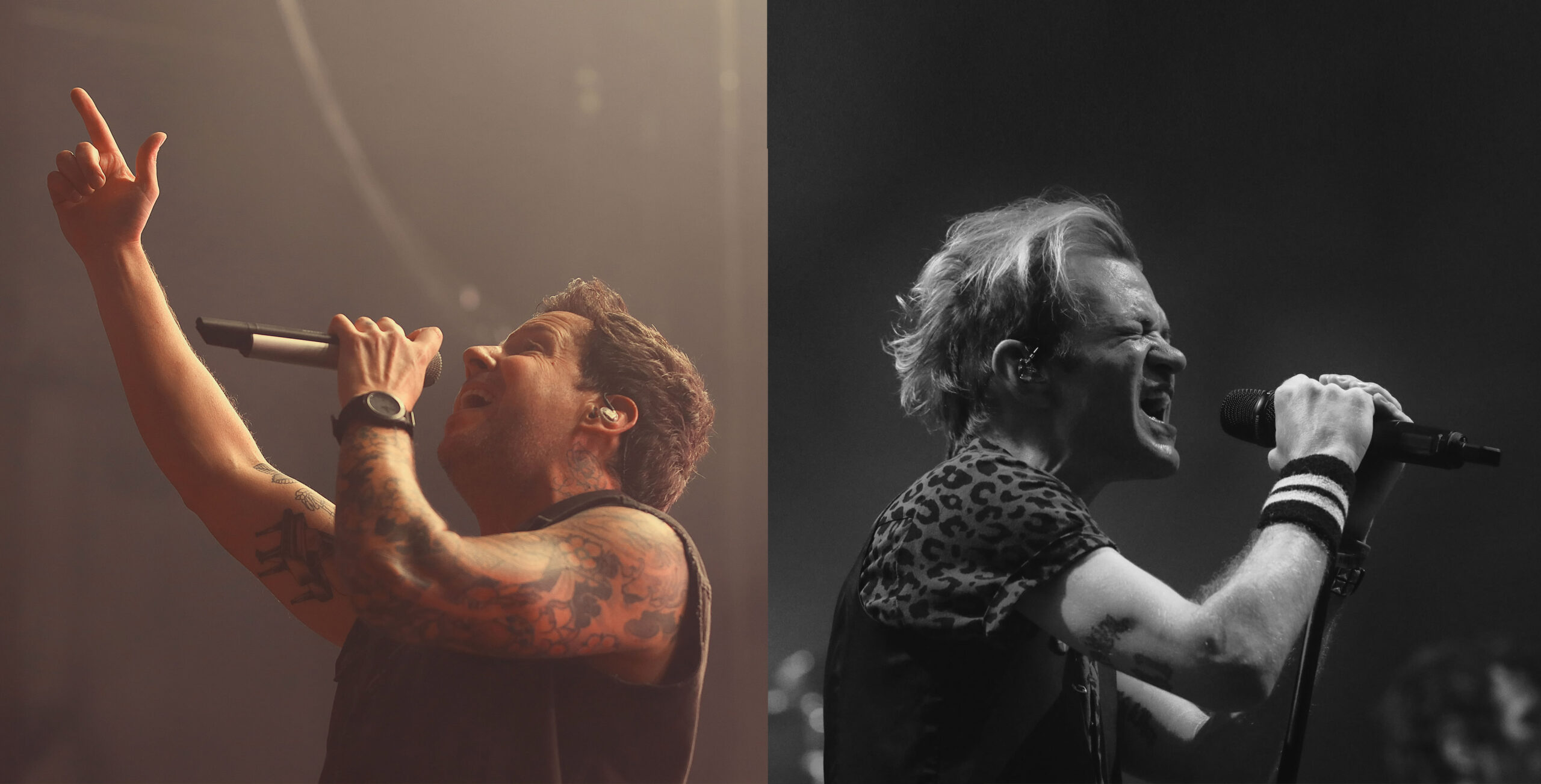 As a fan of any musical genre can attest, the evolution of a genre can be a mixed bag.  Bands come and go, bands hit hard out of the box and vanish, great bands fizzle and fade before even making it fully out of the gate…you get the idea.  Which is why Sunday’s stellar show at Radius (one of Chicago’s newest and arguably best venues!) was so damn much fun, with co-headliners Sum 41 and Simple Plan showing a packed house that pop-punk is having its day once again on their Blame Canada tour.

Openers Set It Off, themselves four records deep into a 20+ year career, delivered a punchy, poppy set that balanced radio-friendly hooks with a bit of crunch to rev up the pit for Sum 41.  Led by indefatigable vocalist/guitarist Deryck Whibley—who himself doesn’t look a day older than he did when Sum hit the mainstream scene in 2001—the Canadian quintet commanded the stage as few headliners can, tearing through hits like “In Too Deep,” “Fat Lip,” and the lighter-flicking ballad “With Me” with all the energy of a band that has just released its first record.  Sum 41 has taken a heavier approach to its material in the last few years, moving away a bit from the hook-drenched days of its youth, and the band balanced those two sides to its musical personality perfectly during Sunday’s set.  Forthcoming double-album Heaven and Hell promises to deliver both styles in one mighty package, and while the band didn’t debut any new material, the career-spanning setlist offered some killer perspective on the band’s career for both long-time fans and newcomers alike.

Simple Plan made a grand entrance to the Star Wars theme, blasting through the first few songs in their set like a band with something to prove—and prove it they did, offering a strong counterbalance to Sum’s more direct pop-punk style, working in a decidedly emo flair on tunes like “Addicted,” and the set saw two key tracks from their new record Harder Than It Looks, which fit in nicely with classics like “The Worst Day Ever” and the infectious “Jump,” which saw vocalist Pierre Bouvier getting serious air along with the crowd, which, for minutes at a time, was nothing but a sea of bouncing heads.  Another band that has fought its way through trends, peaks and valleys in a long career (the 2020 departure of long-time bassist David Desroisiers under controversial circumstances being the most recent), Simple Plan’s set was pure, unadulterated joy.

Now twenty years out from its heyday, the most talented survivors of the pop-punk scene are making themselves known, and its satisfying to see such a wide demographic of fans at these shows—parents passing the torch to their kids, young musicians, and all manner of nostalgia seeker.  Deryck Whibley’s recent observations on pop-punk’s resurgence make perfect sense: it’s happy, funny, engaging music made by people who truly love the scene.  What more could you ask for?

Over My Head (Better Off Dead)
We’re All to Blame

We Will Rock You (Queen)

The Worst Day Ever

Welcome to My Life

Wake Me Up (When This Nightmare’s Over)

Casting Announced for Steppenwolf Theatre Co.'s CHOIR BOY Band, BBQ & Beer: The Windy City Smokeout Is Back For 2022 And Announce Lineup Of Artist of Both The Stage and The Pit