Chicago Premiere! The Gift Theatre Presents AT THE VANISHING POINT 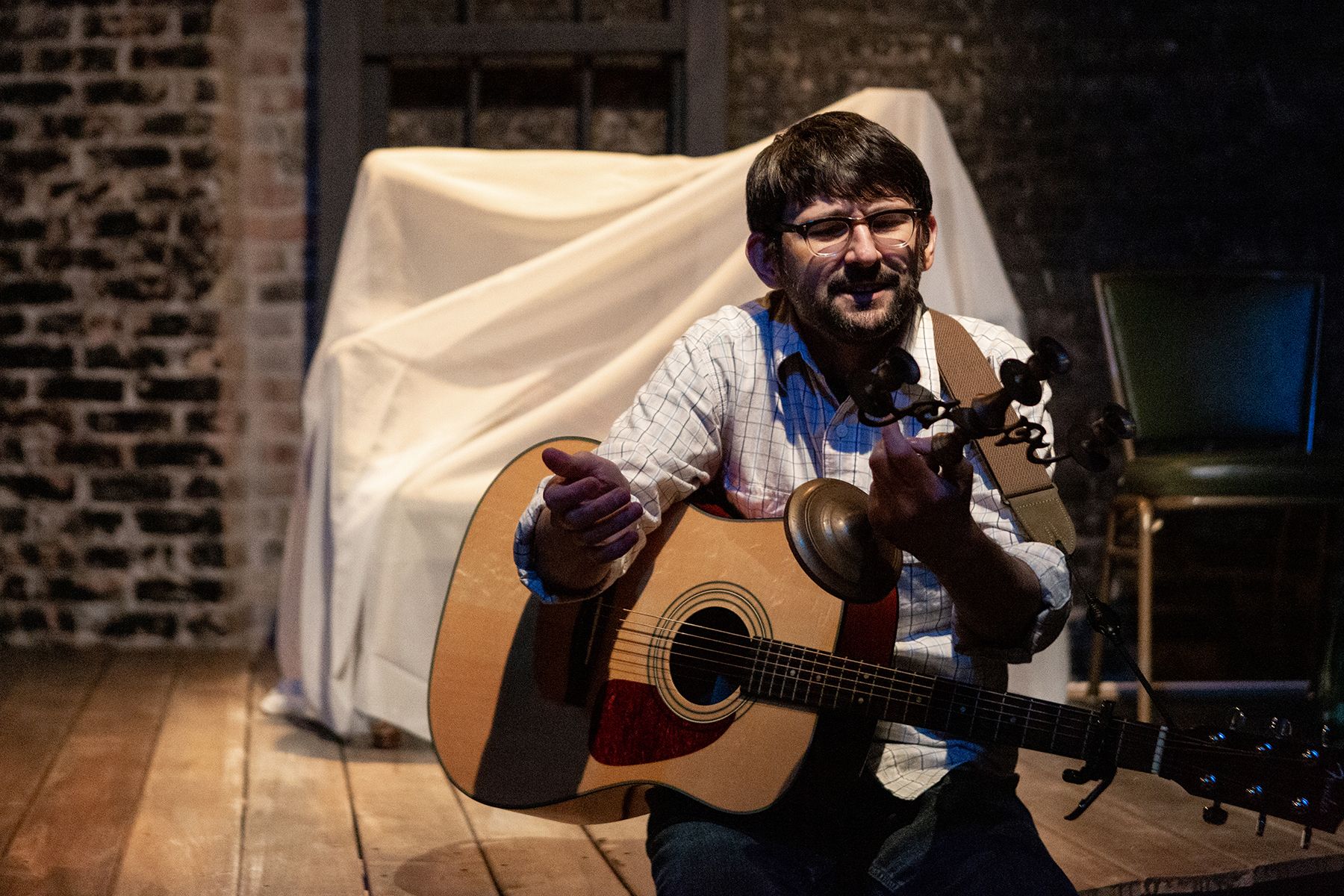 AT THE VANISHING POINT

CHICAGO (May 2, 2022) – The Gift Theatre is pleased to welcome back live audiences with the Chicago premiere of Naomi Iizuka’s drama At the Vanishing Point, directed byLavina Jadhwani, playing April 28 – May 22, 2022 at Filament Theatre, 4041 N. Milwaukee Ave. in Chicago. Tickets are currently available at www.thegifttheatre.org or by calling (773) 283-7071. Season subscriptions packages are also available. The press opening is Sunday, May 1 at 3 pm.

How do we remember a part of our history at the moment that it’s slipping away? How do we give voice to the ghosts that haunt us as individuals and as a community? This stunning portrait of a community weaves together historical fact, myth and memory to give voice to people who would otherwise exist only as faded images in an old photo album.

The Gift’s new Co-Artistic Directors Brittany Burch*, Emjoy Gavino* and Jennifer Glasse* comment, “Naomi Iizuka’s At the Vanishing Point is equal parts celebration and requiem. It canonizes the ordinary while searching for answers amongst its rich stories and familiar storytellers. It asks ‘How do we remember a part of our history at the moment that it’s slipping away? How do we give voice to the ghosts that haunt us as individuals and as a community?’ This is a stunning portrait of a community, weaving together historical fact, myth and memory to give voice to people who would otherwise exist only as faded images in an old photo album. In a moment where our own time feels indeterminate, this play feels more relevant to us than when we first read it as a company.”

Director Lavina Jadhwani adds, I’ve had the gift of sitting with this play for over two years now, and one of the things that struck me when I first read it in 2019 was how much it speaks to the idea of how people can be connected across great distances, especially across time and generations. For me today, it’s also a piece about how community can be connected in isolation. I’m really excited to be diving into rehearsals with this acting company and at Filament’s beautiful space, still engaging with the Jefferson Park community and a space that has a special history with The Gift Theatre.”

Title: At the Vanishing Point

Captioned performances: Friday, May 7 and Saturday, May 8 at 7:30 pm

Sensory-friendly performance: Friday, May 7 at 7:30 pm

Join The Gift on Sunday, May 15, 2022* for return of the Come Closer conversation series, which provides an intimate look at the artistic process behind the production, and the important topics this story addresses. Explore At The Vanishing Point with the cast, crew and special guests following the matinée. Moderated by Co-Artistic Director Brittany Burch in conversation with Director Lavina Jadhwani, actor and musician Sierra Pham, Charles Kim, musician, composer and teaching artist at the Old Town School of Folk Music, and Ensemble Member Kenny Milhfried.

*The Come Closer series is exclusive to guests attending the performance on May 15 and subscribers.

Naomi Iizuka (Playwright) is a nationally recognized contemporary playwright whose plays include The Last Firefly, 36 Views, 17 Reasons (Why), Polaroid Stories, Language of Angels, Anon(ymous), Aloha, Say the Pretty Girls, Tattoo Girl, Skin, Ghostwritten, After a Hundred Years, Strike-Slip, At the Vanishing Point, Hamlet: Blood on the Brain (a collaboration with CalShakes and Campo Santo at Intersection for the Arts)  and War of the Worlds (written in collaboration with Anne Bogart and SITI Company). Her plays have been produced around the United States and internationally, including at Actors Theatre of Louisville, Berkeley Repertory Theatre, Campo Santo at Intersection for the Arts in San Francisco, Dallas Theater Center and Undermain Theatre in Dallas, FronteraFest at Hyde Park Theatre in Austin, Texas, Printer’s Devil Theater and Annex Theatre in Seattle, The Public Theatre, Geva Theatre Center, Brooklyn Academy of Music, Soho Rep and Tectonic Theater Project in New York, Sledgehammer Theatre in San Diego, Edmonton’s Northern Light Theatre and Montreal’s Alternate Theatre in Canada, and the Edinburgh Festival. Her plays have been published by Overlook Press, Playscripts, Smith and Kraus, Dramatic Publishing, Sun and Moon Press and Theatre Communications Group. lizuka is an alumna of New Dramatists and the recipient of a PEN/Laura Pels Award, an Alpert Award, a Joyce Foundation Award, a Whiting Writers’ Award, a Stavis Award from the National Theatre Conference, a Rockefeller Foundation MAP grant, an NEA/TCG Artist-in-Residence grant, a McKnight Fellowship, a PEN Center USA West Award for Drama, Princeton University’s Hodder Fellowship, and a Jerome Fellowship. She currently heads the MFA Playwriting program at the University of California, San Diego.

Lavina Jadhwani (Director) is a Chicago-based director, adaptor and activist. As a second-generation immigrant, Lavina constantly investigates the question, “What does it mean to be an American?” and through her work, she strives to expand the definition of that word to include more minority voices. Favorite directing credits include As You Like It (Guthrie Theater), Roe (Asolo Repertory Theatre), Gloria (Mixed Blood Theatre), Great Expectations (Silk Road Rising/Remy Bumppo Theatre Company), Gruesome Playground Injuries, Much Ado About Nothing, Yoni Ki Baat (Rasaka Theatre Company), Cherry Smoke (the side project) and Romeo and Juliet (Teatro Vista – BroadwayWorld nomination, Best Production for Young Audiences). Her adaptations include The Sitayana (a solo performance piece based on the Hindu epic, The Ramayana), Vanya(adapted from Chekhov) and Shakuntala: An East-Meets-West Love Story (an a cappella musical, adapted from Kalidasa). Proud graduate of The Theatre School at DePaul University (M.F.A., Directing), Carnegie Mellon University (B.F.A., Scenic Design; Masters, Arts Management) and the Illinois Mathematics and Science Academy.

About The Gift Theatre

Since 2001 and over 70 productions, The Gift Theatre has been dedicated to telling great stories onstage with honesty and simplicity by being the most intimate professional Equity theatre in the country, leading to national acclaim for both the theatre and ensemble and creating a cultural revolution on Chicago’s northwest side.