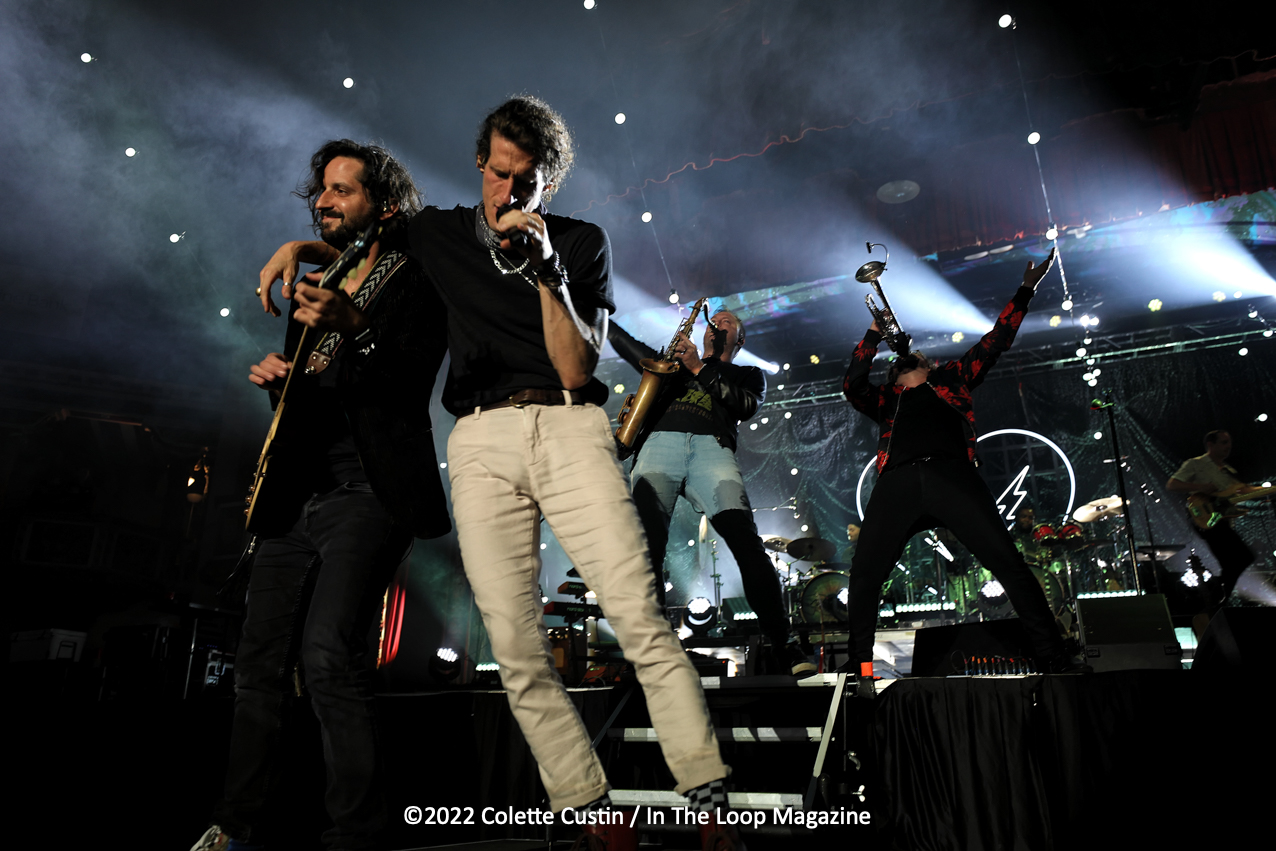 New Orleans’ genre-benders The Revivalists brought their unique mix of styles to an Aragon Ballroom that was ready to party for as long as the eight-piece band wanted to bring it on Friday night.

One of many Covid-delayed shows in the Chicagoland area, the band was revved to make up for lost time from the get-go, with drummers Paulet Howard and Andrew Campanelli leading the charge into an explosive rendition of “Criminal” from 2014’s City of Sound, and over the course of fifteen songs (including two covers), the band delivered moments from their entire discography, though the length of the setlist definitely left the crowd ready for more.

The Revivalists capture the spirit of their home city in fresh new ways; a mix of funk, roots and classic rock, and swingier (if not jazzy) moments. It’s tough for anyone coming out of New Orleans to not reflect a stewpot of genres, but The Revivalists offer something that feels different from other bands that might align in certain ways. (Think Maroon 5 if they had a clearer, more deliberate eye toward genre than contemporary pop, and you’re getting there.) Frontman David Shaw is an absolute force of nature, and his soulful delivery of songs both thoughtful and bombastic hit in equal measure. While The Revivalists certainly possesses elements of ‘jam band’ aesthetic (how could they not?), it’s never at the expense of melody or arrangement, as the celebratory “Got Love” and swagger of “Bulletproof” displayed. A heartfelt, on-point cover of The Beatles’ “I’ve Got A Feeling” was right at home with the band’s best material, and that tune’s natural lyrical lean toward introspection wasn’t lost on a diverse crowd that defied age demographics, a testament to the band’s universal appeal and timeless roots.

By the time the band reached their biggest hit—set-ender “Wish I Knew You”—the depth of the band’s catalog and ability had been made clear to the casual fan and the diehard alike. There’s something about bands from the Crescent City that bring a unique personality and approach to even the most time-honored styles of music, and The Revivalists have nailed that particular cocktail where it matters most – the live stage.

It Was A Sin

I’ve Got a Feeling (Beatles cover)

Wish I Knew You