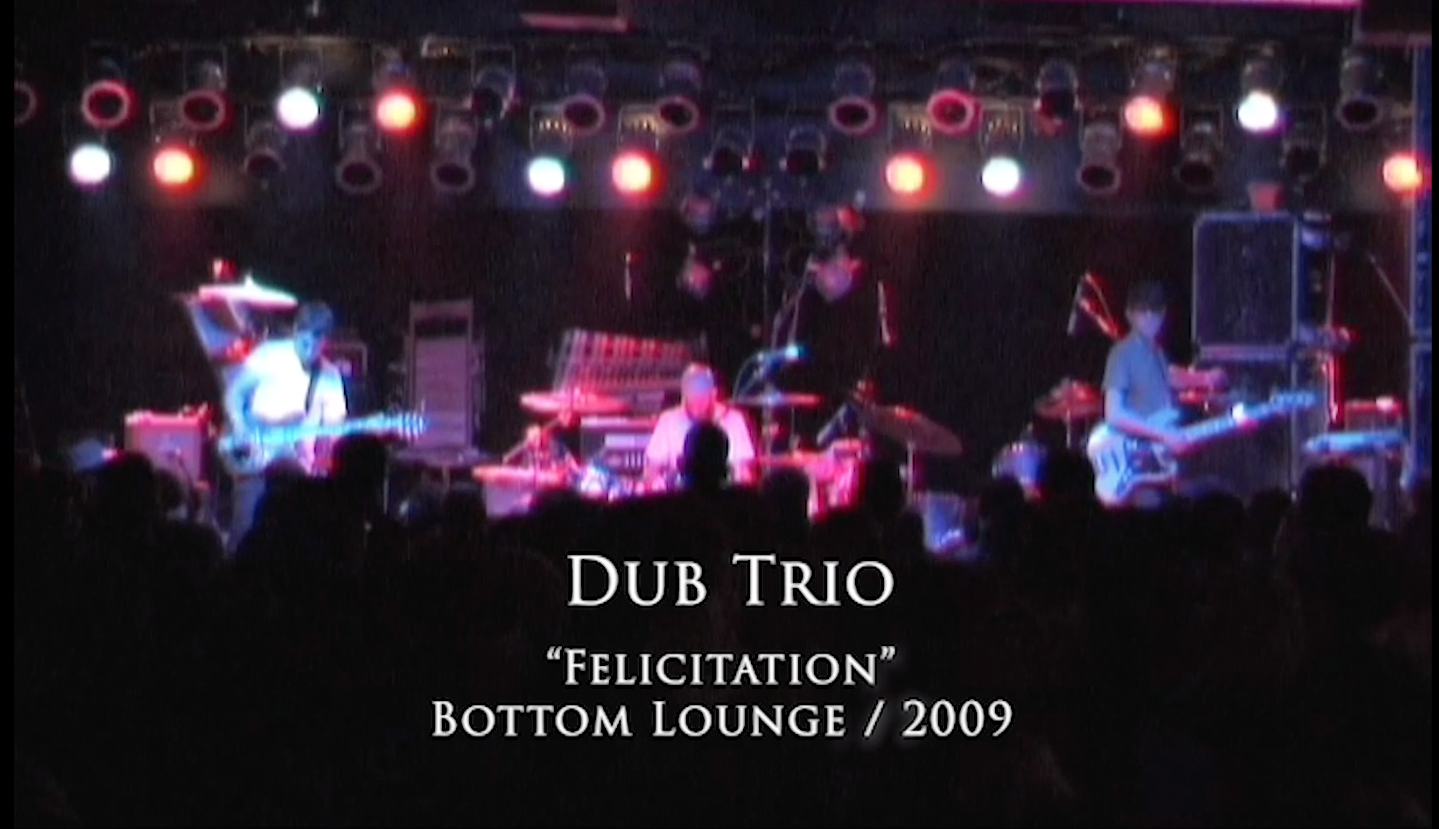 Here’s a video that was thought to be lost in the digital graveyard. This was a live performance by Dub Trio at Chicago’s Bottom Lounge back in the late Spring of 2009. It was supposed to be just a demo, single camera recording of the band live and in person. So we chopped it up and remixed it to be a music video for the song, “Felicitation” off the bands (then current) album release, Another Sound Is Dying. Here are the incredibly talented Joe Tomino, Stu Brooks & DP Holmes, AKA Dub Trio, performing that (now classic) song live.