Live Review: All That Remains with Lacuna Coil: Disease of The Anima Tour with opener Bad Omens 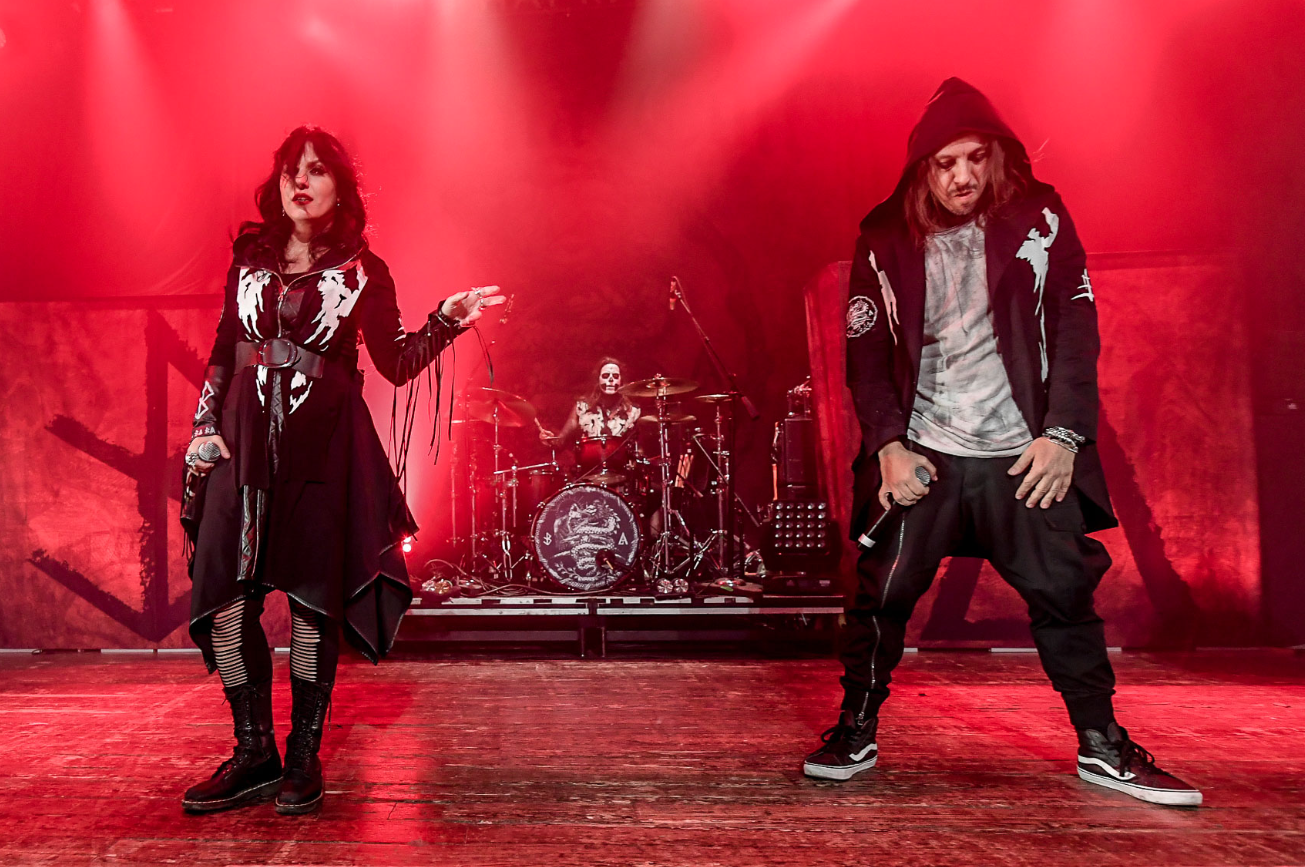 All That Remains, going on over 15 years now, have been forging their own path with music genres and variety and performance, all the while not taking bullshit from metal purists, let alone the general musical public.

This is a band that’s heavy on the melody, heavy on the singing / songwriting- punishing at times, true- but still when releasing new music, and touring on said new music, leaving surprises in their wake.

Fronted by a whirling dervish in Philip Labonte, and touring on the strengths of their latest release from 2018 “Victim of the New Disease”, shows the band tapping into the waters of their metalcore roots, but still painstakingly clinging to heavy melodies that have inspired them in their most recent years.

This is a smart and intelligent band, not ones to comply to suggested norms, and produce and create songs to current trends, and then run amok haphazardly.

They’re anything but all that bullshit.

Philip and company revel in explosive live energy, with the spitfire guitar histrionics coming forth from Mike Martin and Jason Richardson. And that should tell you a lot, since the unfortunate death of their lead guitarist Oli Herbert back in October of 2018.

They still have maintained that hardcore and blazing energy performing live, challenging themselves with intense songwriting and solos, let alone challenging the audience.

Opening with “This Calling”, in all its punishing glory, then barnstorming into “Chiron” and the blistering “This Probably Won’t End Well”- shows the band diving headfirst intuitively into challenging musical territory, unforgiving, and yet with wide smiles on their faces.

Have to say their set was surprising and yet challenging as well.

And the the other heavy duty band on this bill: none other than Italy’s Lacuna Coil, fronted by the crafty duo of Cristina Scabbia and Andrea Ferro, who are also touring on the their recent release “Black Anima”.

Like All That Remains, this is another band that over the years has become hard to classify, with combinations of various metal genres and strong hard metal songcraft front and center.

The “gothic metal” tag does not suffice.

Yes, at times you have full throated and operatic vocal from the unmistakable Cristina front and center, but that does not do justice to their current songwriting, which take your pick, can zig zag in a span of 5 minutes.

Seriously, they’ve advanced their songwriting in complex ways, and it’s all over the place.

Opening with “Blood, Tears, Dust”, and then going headstrong into “Trip Into Darkness”, and then the iconic chant from arguably one of their most popular songs “Our Truth”, with Cristina in full throttle vocal, counterpointed with the heavy growl and might from Andrea Ferro- this was worth the price of admission alone.

The crowd was over enthusiastic throughout for Lacuna Coil, even more so since hearing the tour was delayed a couple days a week back while stuck in a blizzard up in the great white north.

So here’s Lacuna Coil back in the states, touring with All That Remains, and presenting a show that’s heavy on the theatrics and crowd involvement as much as possible,  with three separate and lengthy risers front and center, ever more prominent to get the crowd into the show as well.

Have to say they’ve upped their game, even with an hour allotted to their set, with the visuals equaling the ferocity of their music.

This double bill is splendid, and quite impactful on a Wednesday night in Chicago.

Bad Omens, an alt rock / metal band from Los Angeles, fronted by a terrific singer in Noah Sebastian, had the crowd enthused in their brief half hour ish set.

As young as they obviously are, they’re developing a stage presence that should reflect on the captivating way they present their music.

I for one look forward to what they can create down the road.