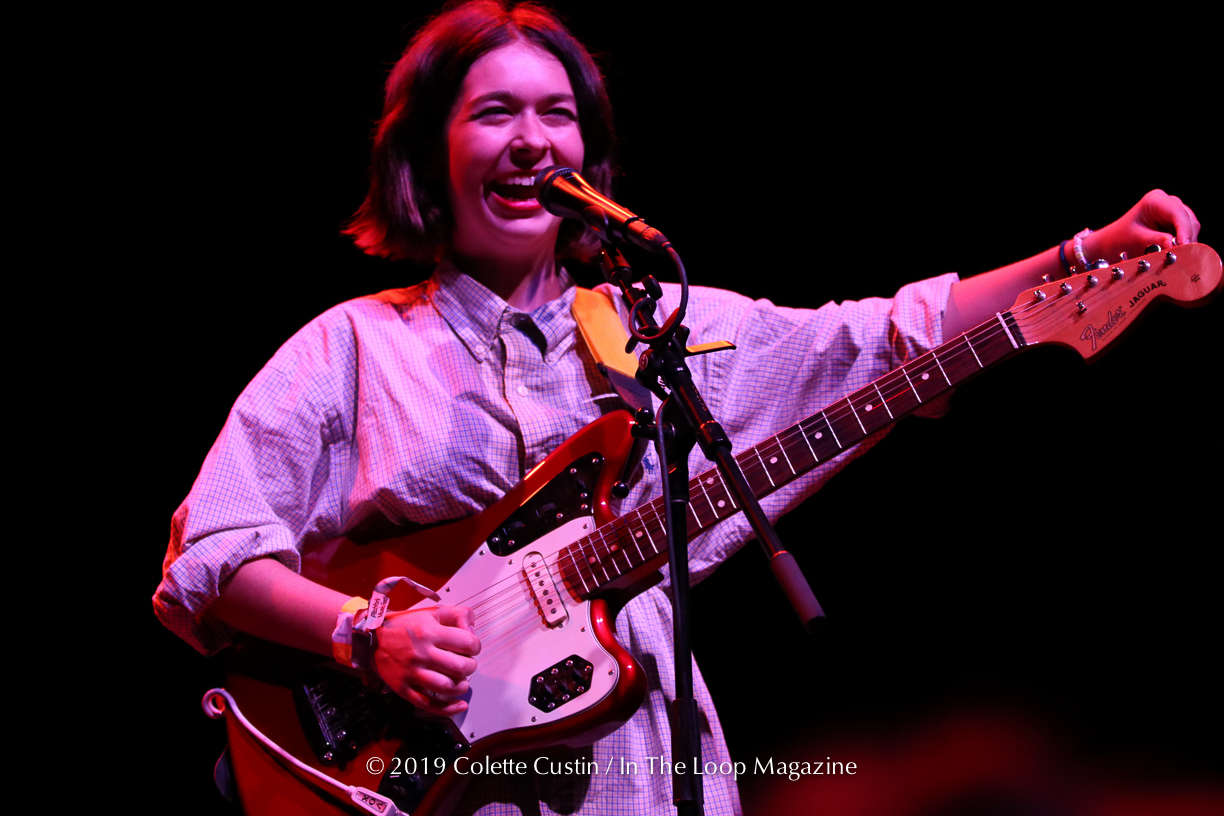 Most would-be rock stars dream of success during their teenage years, but if you’re as talented as Lindsey Jordan (aka “Snail Mail”), that timeline bumps up a bit, as attested by a packed Thalia Hall on the Saturday night after Pitchfork.

At just 20 years old, Jordan has captivated the indie rock community for the last couple of years since the release of Snail Mail’s debut album, Lush, in 2017. Combining the best elements of seminal ‘90s acts like Sebadoh, Veruca Salt, and The Breeders without ever seeming derivative, Lush’s tunes bristle with an energy beyond Jordan’s years, and her consistent smiles throughout the quartet’s hour-long set indicated that Jordan is clearly enjoying every minute of her meteoric rise.

“This is my favorite venue in America,” she grinned to raucous applause. “I told our management that one of my dreams would be to headline Thalia Hall.” Jordan and her band (bassist Alex Bass, drummer Ray Brown, and guitarist/keyboardist Madeline McCormack) balanced out the poppier elements of tunes like singles “Pristine” and “Heat Wave” with slower, dreamier offerings like “Golden Dream” and “Let’s Find an Out,” and Jordan’s style of driving, melodic open chords called to mind the likes of Liz Phair, though there’s a little more to what Jordan is going for that just a straightforward pop approach. At times, the four-piece brought the full garage-rock treatment, with swirls of noise giving way to sudden moments of crystalline shimmer, most notably the stop-on-a-dime intro to “Heat Wave.”

It was refreshing, given the numerous subgenres of alt-rock, to see a sizable crowd responding to a straightforward singer-songwriter, and Jordan’s lyrics showcase just how experienced she already is at turning a phrase and offering her thoughts on love and loss. “It just feels like the same party every weekend,” she sings on “Pristine,” “and if you do find someone better, I’ll still see you in everything.” Falling firmly outside the apathetic observations of contemporary alt-rock’s stoner set and taking an unapologetic approach to confident love songs, it’s easy to see why Jordan and Snail Mail’s music resonates with an ever-growing audience. If Jordan’s easy, relatable stage presence and stellar songwriting is any indication, it’ll be a thrill to see where she goes next.