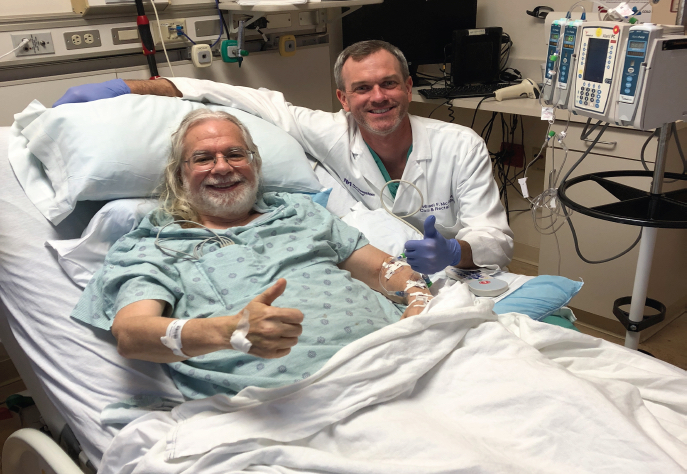 Our longtime friend and partner in music crime Jerry Bryant is not doing so well these days. Earlier this summer, it was announced that Jerry had Cancer. Things went quite for a short time, but in true JBTV fashion, came back swinging much like the man himself. He’s not going anywhere without a fight.

Currently, he is going through treatments following surgery. He’s doing well, but still not fully where we’d like to see him. Last month was the annual Riot Fest in Douglas Park. While JBTV and crew was there, Jerry’s lack of presence was noticed by friends and his extended music family as many asked throughout the weekend, “Where’s Jerry?” Great job by his crew as they tackled interviews, photographs and more in his absence. Each person offering Jerry good will and speedy recovery.

We’ll keep you in the loop on things with Jerry and his progress. In the meantime, here is a press release from the JBYV camp. They are running a fundraiser for Jerry. There is a link if you would like to help that man that put Chicago music tv on the air and in our hearts.

From JBTV: Jerry Bryant, the Emmy award winning host and owner of the iconic music program JBTV, has been diagnosed with Stage 4 Colorectal Cancer. Jerry has undergone two surgeries to remove tumors from both his colon and lung. Jerry’s doctors are very optimistic that they have removed all of the cancer and he will now begin a 6 month Chemotherapy treatment to make sure that he is clean.

Jerry, who has been producing JBTV for over 35 years promoting new artists through their live performances and interviews is currently back at work doing what he loves and is dedicated to being a cancer survivor. This has been a life changing moment for Jerry and JBTV is now dedicating new programs including its yearly end of the year marathon to promote “Health and Cancer Awareness” to inform and help save lives of musicians and others like Jerry with little or no insurance to cover exams and get regular checkups.

Because of his limited insurance coverage, large medical bills are building up and will continue as he wages his fight against his cancer. Several fundraising events are currently being put together and Jerry being Jerry is video documenting his fight against cancer and it will be incorporated into the documentary that is being produced on his amazing life and love of music and the musicians that create it. A website has been created to handle donations and document his fight against this disease.

“Jerry wants everyone to know that although these obstacles are difficult and there’s a lot of trials to come – he’s committed more than ever to helping artists and exposing new music.” Legendary host Jerry Bryant’s iconic live music showcase, JBTV, has unveiled so many seminal musicians. Artists such as Smashing Pumpkins, Dave Matthews Band, Twenty One Pilots and many more received their first television exposure on JBTV.