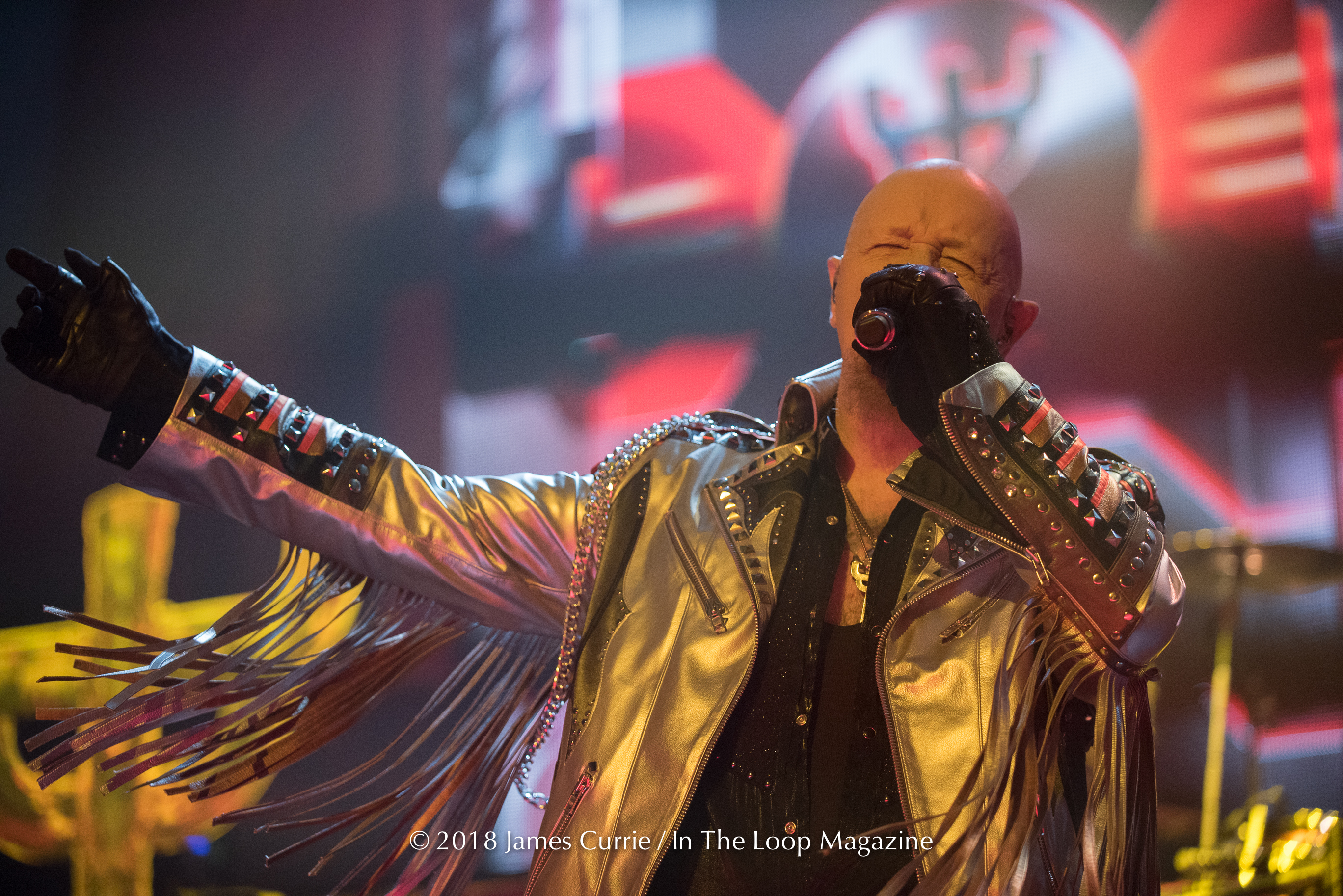 “Are you ready for some Judas Priest-style heavy fucking metal?”

A question that every fan of classic hard rock and heavy metal loves to hear, and coming from the one and only Rob Halford’s mouth, the answer was obvious on Friday night during Judas Priest’s Chicagoland stop.

Taking the stage to new album opener “Firepower,” Halford led the quintet through a fiery ninety minutes of new tunes, fan favorites, and deep cuts sure to please the most diehard fans. Firepower continues Priest’s more recent entrenchment into heavier (though no less accessible) rock – think 1990’s Painkiller as opposed to 1986’s poppier, more polished Turbo – and new songs “Lightning Strike” and “Evil Never Dies” easily justified their place in the setlist (though obvious choice and single “No Surrender” was missing from the night’s festivities). “Some Heads Are Gonna Roll,” a choice cut from 1984’s Defenders of the Faith, was a highlight of the night, and if the first half of the set went deeper into the catalog, the night ended with a salvo of Priest’s best known hits.

Halford’s presence is larger than life—as it always has been—but the quality of his both his voice is astonishing at a point when many of his contemporaries have fallen by the wayside.

At 66, it’s hard not to feel like he’s just getting started, and guitarists Richie Faulkner (as much a rock star as a rock star gets) and Andy Sneap certainly support the notion that the band could continue as long as Halford wants it to. Much has been made of Glenn Tipton’s absence (Sneap was brought in earlier this year after Tipton’s acknowledge that he suffered from Parkinson’s disease and would no longer be touring), though admittedly, from purely a spectator’s point of view, the show has indeed gone on, and the band is no less powerful for it; Priest’s legacy is larger than the band, at this point, a unique and enviable position for anyone, and though Tipton’s presumed retirement raises questions about the band’s future, Judas Priest’s live show remains a masterclass in heavy metal.

For more on Judas Priest including other tour dates, click here

For photos from the show at the Venue at Horseshoe Casino, click here

Judas Priest @ The Venue at Horseshoe Casino (Hammond, IN) Ann Wilson Live In St. Charles Illinois Wrapping Up Tour With The Classics