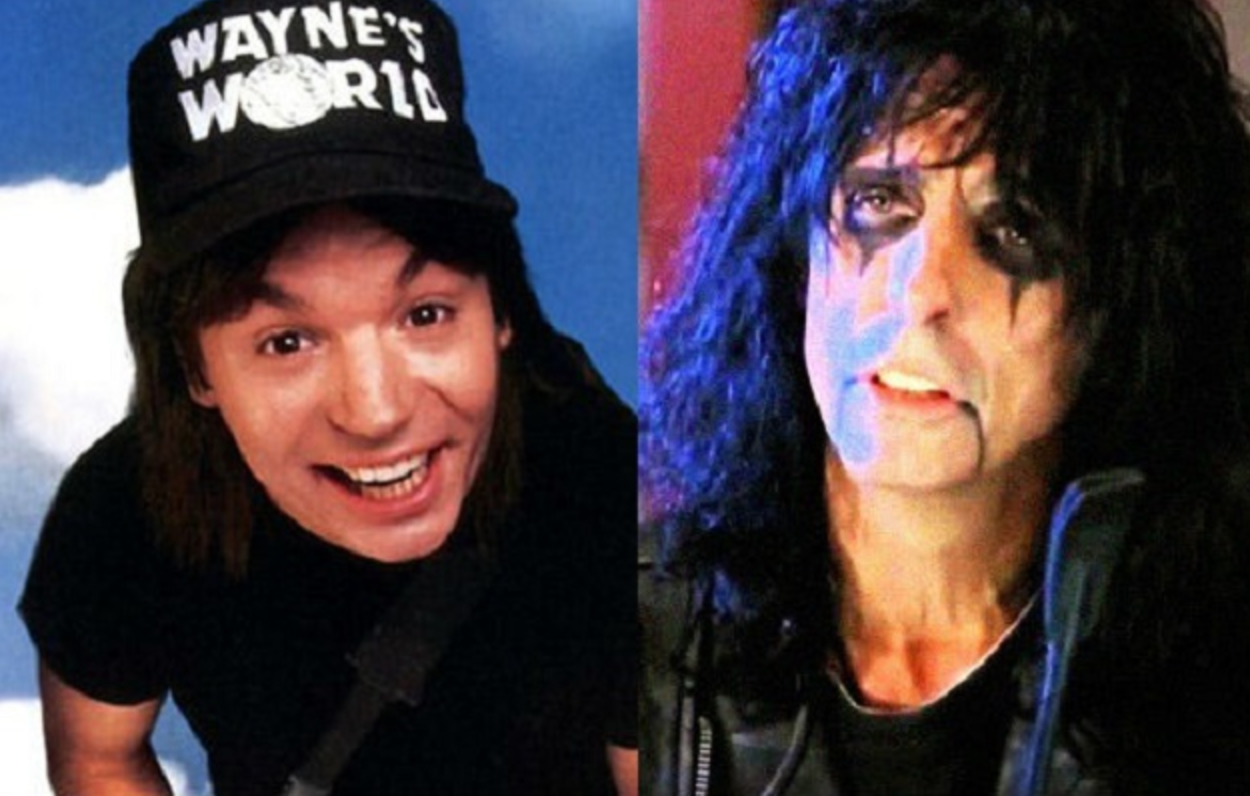 Is what it should read, but it’s really not that scary. Actually, Alice Cooper’s return to Chicago is a very good thing that will include not only a concert, but the maniacal man himself presenting the 1992 classic, “Wayne’s World” to an audience of thousands under the stars.

Our first encounter with the man of the macabre will be during the Chicago Film Office’s, Millennium Park Summer Film Series. The final event of the summer will be the 25th Anniversary of Wayne’s World (1992). Mr. Cooper will be the guest host / emcee for the screening. He will be discussing his cameo and role in the campy flick set in the Chicago suburbs as well talk about a few other tidbits of interest.

The following day, Alice Cooper will be performing live down in south suburban Tinley Park. Not quite Aurora, IL where the fictitious Wayne’s World took place, but close enough. Wayne (Mike Myers) and Garth (Dana Carvey) would be proud. No word if the dynamic dim-witted duo will make an appearance, but one can dream of an ultimate fandemonium reunion as they are clearly, “Worthy”.

The Wayne’s World screening will take place in Millennium Park on Tuesday, September 5th at 6:30PM.

(for more on the Millennium Park Movie Series, click here)

Alice Cooper will be playing live (along with Deep Purple and Edgar Winter) at The Hollywood Casino Amphitheater on September 6th also at 6;30PM.

(for tickets and info on the Alice Cooper concert, click here)