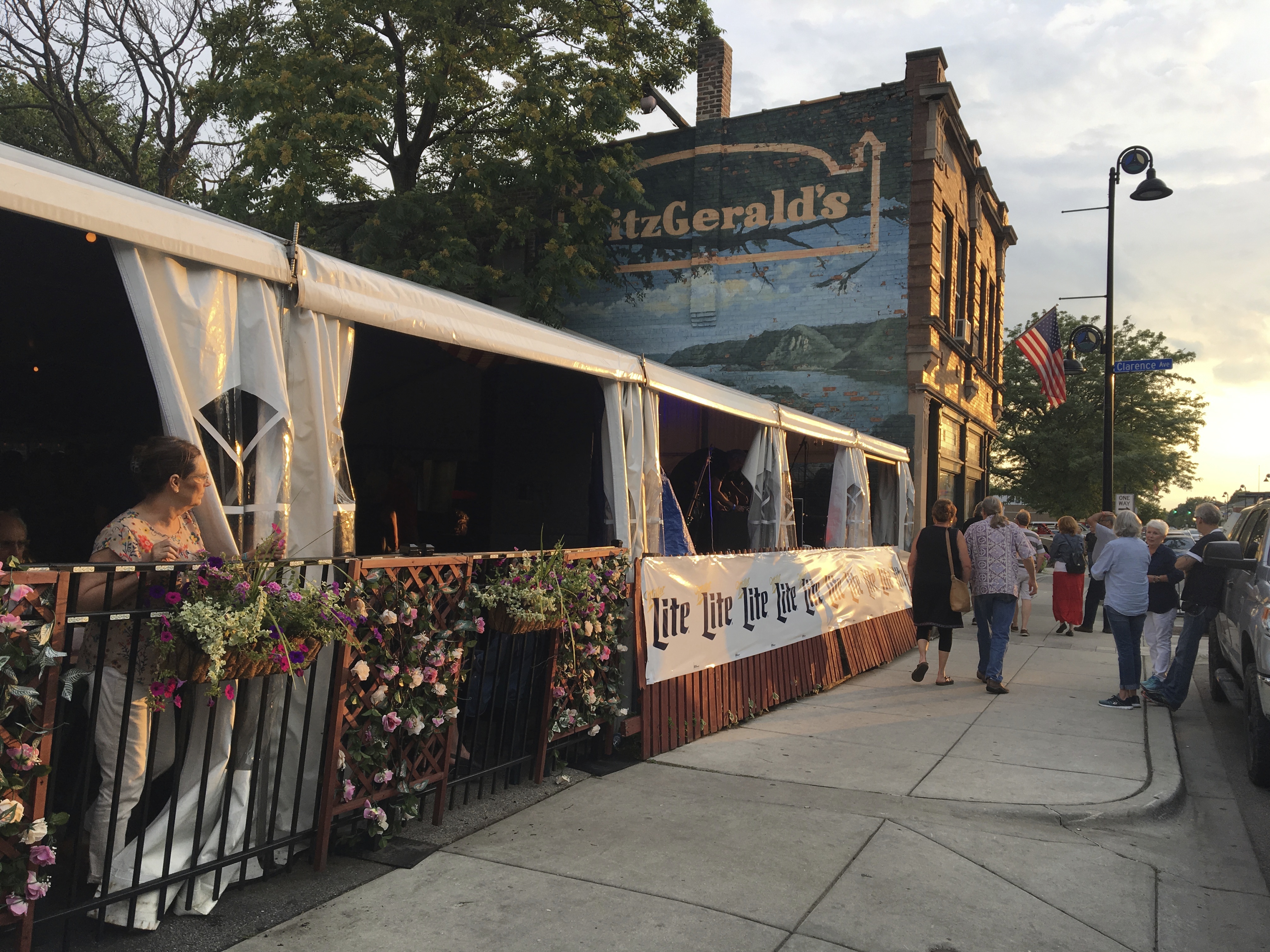 If it’s the 4th of July, it’s time to rock again in Berwyn with the annual American Music Festival at FitzGerald’s nightclub on Roosevelt Road. 2017 marks the events 36th year and as in the past, brings world class talent and entertainment to support it.

Club owner, Bill FitzGerald, knows how to throw a party. He knows what true music fans want and how to bring them in. He’s got a keen ear for the “now” and still mans the controls for his annual event. He’s a busy man. It’s his own party but you won’t see him sitting around much. You’d think he’d get to enjoy the performers that he brings to his house a little more, but not so much. He’s bopping back and fourth between stages and rooms, making sure everything is running smooth and even introduces bands before they go on. You can tell this isn’t a job for FitzGerald, this is his passion.

This year brings even more spectacle as the multi-day event started on a Friday and ended high on a Monday with fans still lining up down the street to get in even in the heat and sometimes rain. That’s a hard thing to do for any business, let alone an event that only happens once a year in a Chicago suburb but FitzGerald’s does it each year.

Besides the amazing music The American Music Festival brings, there’s also great food and drinks. Not in a carnival style, but more like a backyard BBQ or block party. They add enough to make it fun for all the senses without being over the top.

There are several areas to see and hear live music throughout each day. The constructed stage outside under the tent is a popular one, the main stage inside the legendary walls of FitzGerald’s Night Club and the Side Room where you can discover new and upcoming talent.

It’s a fairly tight and limited space to be in, but they make it work. They also have an outdoor area on the west side of the building in the dead end street they have blocked off. You can take a break from things out there, eat some of that Cajun food at a picnic table or just get some fresh air and have a conversation. You never know who you’re going to run into out there.

The pacing is done pretty well. Like most multi-staged festivals, one area starts as another closes. There is some overlapping, but that’s to be expected with this many acts.

This years line up didn’t disappoint. There are over 60 acts that played one of three stages filling each room (or tent) with barely enough room to belly up to the bar. On Friday, we saw highlights from The Waco Brothers, Robbie Fulks and Southern Culture on the Skids. The standout performance for this opening night was from SCOTS AKA Southern Culture on the Skids. This three-piece from Chapel Hill, NC has been rockin and rollin’ since 1983. They brought their surf rockabilly punk to the tent and got the fans jumpin. They may have got their commercial fame from the quirky track, “Camel Walk”, but they had so much more to offer. This was a perfect Friday night 4th of July weekend show.

On Saturday, we received even more with artists like Curtis McMurty, Charlie Parr, Sarah Shook & The Disarmers, Shemekia Copeland and Los Straightjackets with Marshall Crenshaw.

On the final day, Monday, the place still packed and ready for more, brought out Cannonball, Red Elvises, The Blisters, Marcia Ball, Dave Alvin & The Guilty Ones and someone new to not only the festival, but fairly new to the music scene, The Commonheart. The Commonheart were a surprise hit out of left field that left the house wanting more.

So what makes FitzGerald’s American Music Festival work? Why is it such a favorite among music fans and the bands who play it? I’d have to say several things. First and foremost being the commitment and level of quality Bill FitzGerald brings each year. Fans have come to love and trust his judgment as to what is good music and who should be there. This is a no bullshit environment for real people. There’s nothing fake about it. It’s genuine, from the heart. This is an event put on by music fans for music fans. You won’t find a Ferris wheel on site, no giant balloon filled fountain in the center of it all, no wrestling matches going on between sets. It’s about the music – the people and the culture of real American Rock n Roll.