Wilco Play Sold Out Show At The Riviera Theatre 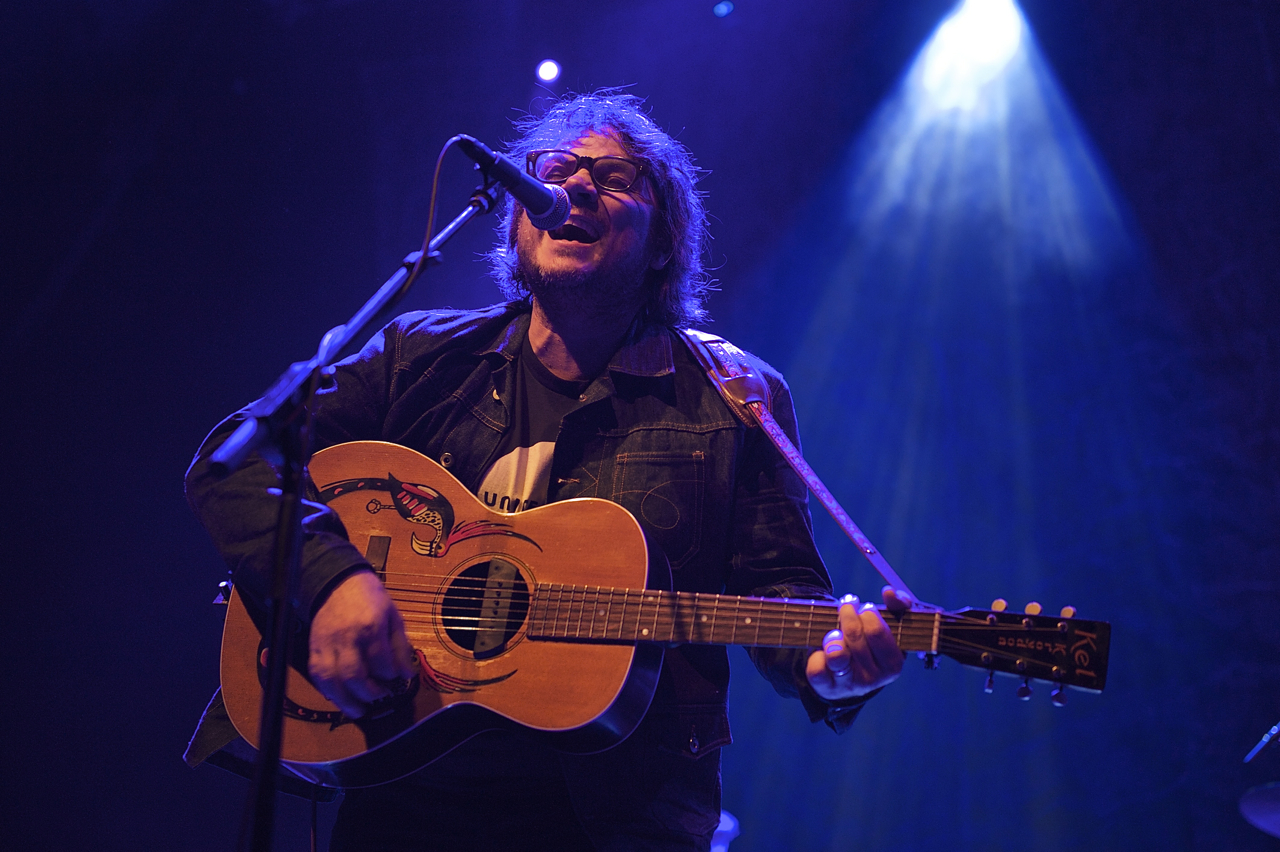 Wilco played 30 songs to a sold out crowd at the Riviera Theatre. Tonights, full moon concert, and live broadcast on WXRT, ran almost two and a half hours long, spanning music from their 20 years as a band. The show was filled with hits and some dusty grooves. This was the second night of a six night residency of their micro tour dubbed, Wilco Winterlude. Each performance completely sold out.

Jeff Tweedy made it clear this was a bitter sweet performance. He was proud to be performing in his home town of Chicago for this 20 year Winter Interlude but sad at the same time. He told the audience that this was the first show he’s every played at home without his wife Susie by his side ever. (She has been sick and fighting cancer for some time now).

The first part of the show was 23 songs. They started around 9PM and took a break around 11PM only to come back on stage just minutes later to play two encores. The first encore was 3 songs, the second was 4 more. The second encore was done unplugged. An acoustic set of covers.

After the performance it was hard to not miss the amazing merchandise booth filled with records, shirts for the 20th anniversary tour, posters commemorating each nights Chicago performance, headbands, beer cozies and more. One particularly stand out piece of memorabilia being a Wilco “Riverview” shirt. Something most fans under 50 wouldn’t even get.