Toto and Yes Keep the Music Going After Recent Losses 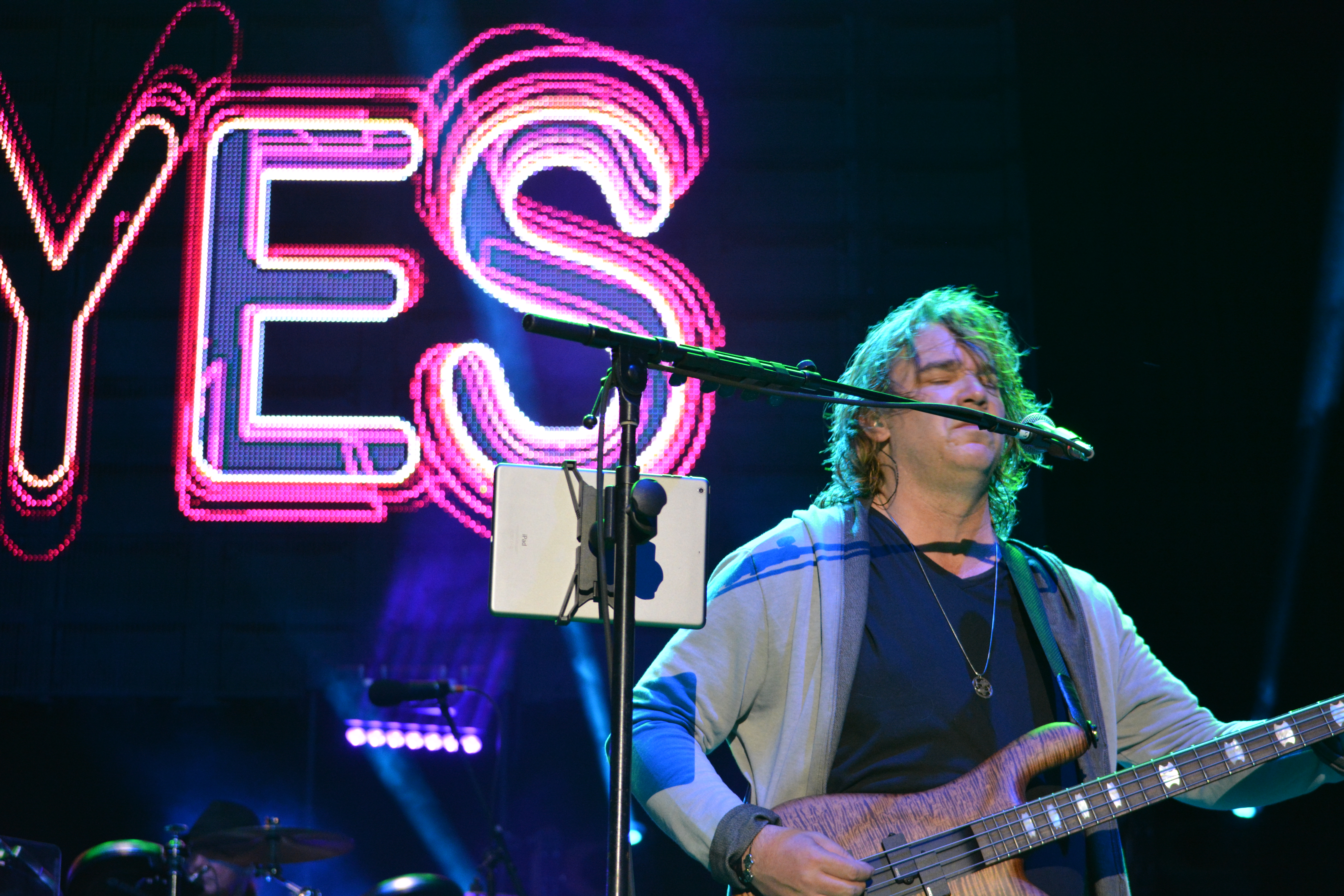 Besides sharing the bill at Northerly Island Sunday night, both Toto and Yes lost their bass players this year. As Steve Lukather mentioned after the band finished playing “Hydra”, “We share a lot more than this stage with Yes and we know how they feel. We lost our bass player Mike Porcaro earlier this year and Yes just recently loss their bass player Chris Squire.” Mike Porcaro retired from Toto in 2007 due to ALS and passed on March 15 of this year.

Although the band’s tour is supporting their recent release, Toto XIV, they played songs from their entire catalogue. Highlights were “I’ll Supply the Love”, “Hydra” and “Pamela”. “Running Out of Time”, “Orphan” and “Great Expectations” were selected from Toto XIV. Joseph Williams dedicated “Great Expectations” to Chris Squire and he said that that song was influenced by the music of Yes. Toto also played their well know hits “Hold the Line” and “Rosanna” which got the crowd on their feet and singing along to the songs. They closed their set with “Africa” which had an awesome bongo solo by Lenny Castro.

I have seen Yes almost a dozen times with as many different lineups, but this was the first Yes show that I have seen without Chris Squire. The band did a fitting tribute to Chris, with his cream colored Rickenbacker in the spotlight while a video montage of his career was shown playing to the song “Onward”. Yes also played songs from their entire catalogue as well. They opened the show with “Don’t Kill the Whale”, a single from the album “Tormato” and then went into “Tempus Fugit” from the album “Drama”. They then played their Yesified (elongated and orchastrated) version of Simon & Garfunkel’s “America”. The band went back to their grand and melodic sound with “Going for the One”.
The next song that they played, “Time and a Word” was a surprise. This is from their second album of the same name from which songs are rarely played. They brought the crowd to their feet with “I’ve Seen All Good People” before going back to the progressive and grandeur sound of “Siberian Khatru”. Another surprise was “Owner of a Lonely Heart” which came from pop rock sound of “90125” album. Yes closed their set with the fan favorite “Roundabout” from the “Fragile” album. “Starship Trooper” from the “The Yes Album” was their monumental encore lasting almost fifteen minutes.