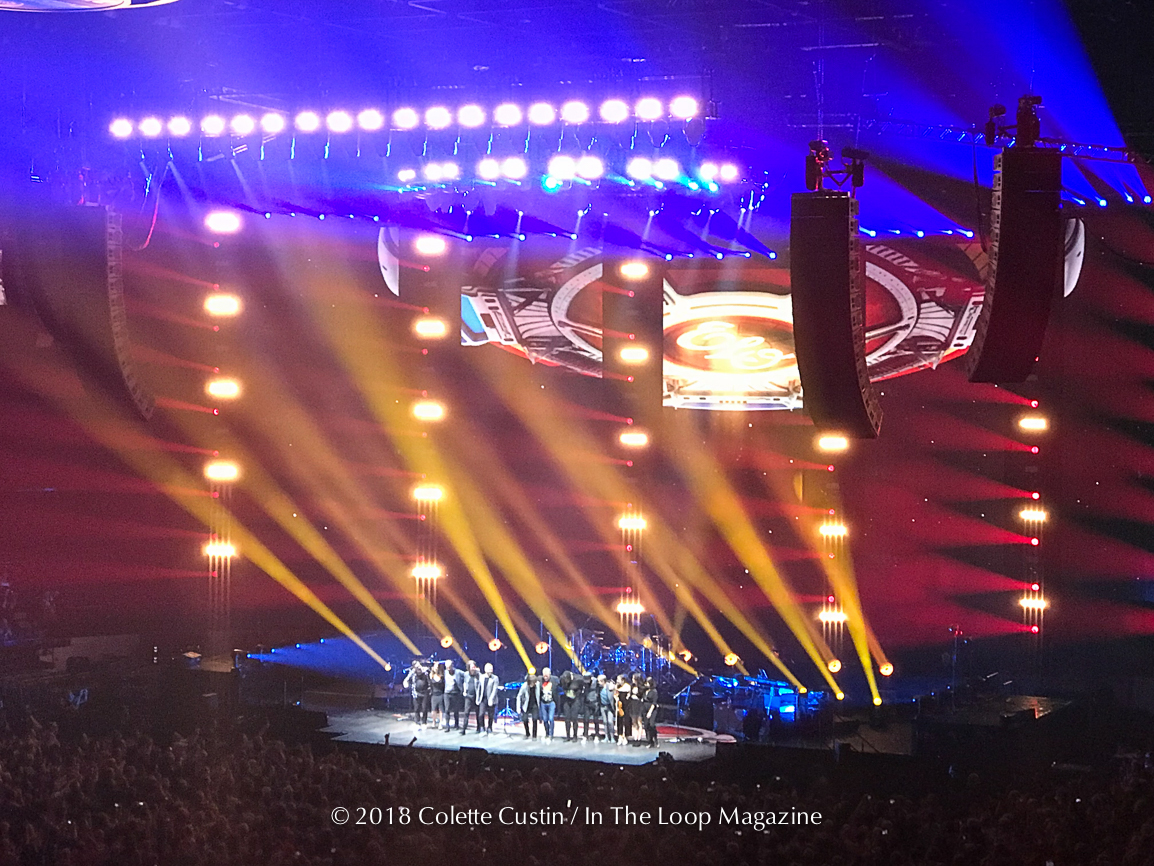 Entire genres of music and entire generations of bands have been created and have gone extinct in the time since ELO last took on a proper North American tour. Though that’s not to say that Jeff Lynne hasn’t been busy; in the grand scheme of musical history, has anyone been busier? The Traveling Wilburys, his side project with Roy Orbison, George Harrison, Tom Petty, and Bob Dylan found time to release a pair of stellar Americana albums in the late ‘80s, and in addition to the occasional ELO record, he oversaw the production and curation of the Beatles’ massive Anthology series in the early ‘90s. Had he decided never to tour again after deciding to focus on production after ELO’s ‘81 run in support of sci-fi concept album Time, it wouldn’t have been terribly surprising.

Thankfully, following the release of 2015’s Alone in the Universe and a massive gig at Wembley in 2017 (documented in the Wembley or Bust DVD and album), Lynne’s interest in satisfying fans who have hoped against hope for one last ELO tour seemed to have been kick-started, and Allstate Arena played host to the bucket list show of all bucket list shows for fans of classic and progressive rock on Wednesday as Electric Light Orchestra landed in Chicagoland for the first time since 1981.

The set was a tight ninety minutes, and outside of a couple of curveballs (“When I Was A Boy” from Alone in the Universe and “Handle With Care” from the Wilburys), it leaned heavily on the hits, from the disco beat of “Shine a Little Love” to the shimmering guitar of first single “10538 Overture.” Lynne is a man of few words, and when he spoke, it was both brief and gracious.

“You look as lovely as ever,” he remarked early on with a smile, and whatever Lynne’s secret is, odds are that people would pay for it – at 70 years old, he appears to have barely aged, exchanging smiles with the members of his twelve-piece band before a series of panels depicting landscapes of space and the ever-present ELO spaceship that appears to hover over the stage. A perfect take on “Telephone Line” found the arena bathed in green lasers that returned for a stomping rendition of Lynne’s take on “Roll Over Beethoven” to close the show; the visual elements were nearly overwhelming in such a small arena. Vocalist Melanie Lewis-McDonald was a strong presence in a show filled with them, her voice riding over the symphonic chug of “Rockaria!” and “Don’t Bring Me Down,” and while it has been argued that Lynne’s current live show is almost too perfect, that’s hardly a complaint, nor should it be unexpected for a fifty-year veteran perfectionist – it was indeed as close to perfect as you’re likely to hear a live band perform. “Mr. Blue Sky” (returned in part to the cultural consciousness by Guardians of the Galaxy 2) and “Evil Woman” had just about everyone on their feet, and though the crowd did skew toward an older demographic, there was a broad enough variety of attendees to indicate the broad, massive appeal of a band that carved out its own sound and stayed that course through some of the most important songs and records in the rock and pop canon.

While there would have been room to sneak in something from the recently reissued, double-LP version of Secret Messages (the title track, in particular, would be a killer addition to this particular set) and “Xanadu” was missed by this reviewer (here’s hoping they at least add it in other cities), it would have been hard to ask for more. Seeing any legacy act calls into clarity the breadth of an artist’s accomplishments, and the rare privilege of seeing Lynne onstage after such a long time away reminds a person of just how much classic, culturally-engrained material he’s given us.

Standin’ in the Rain

All Around the World

When I Was A Boy

Can’t Get It Out of My Head

Don’t Bring Me Down