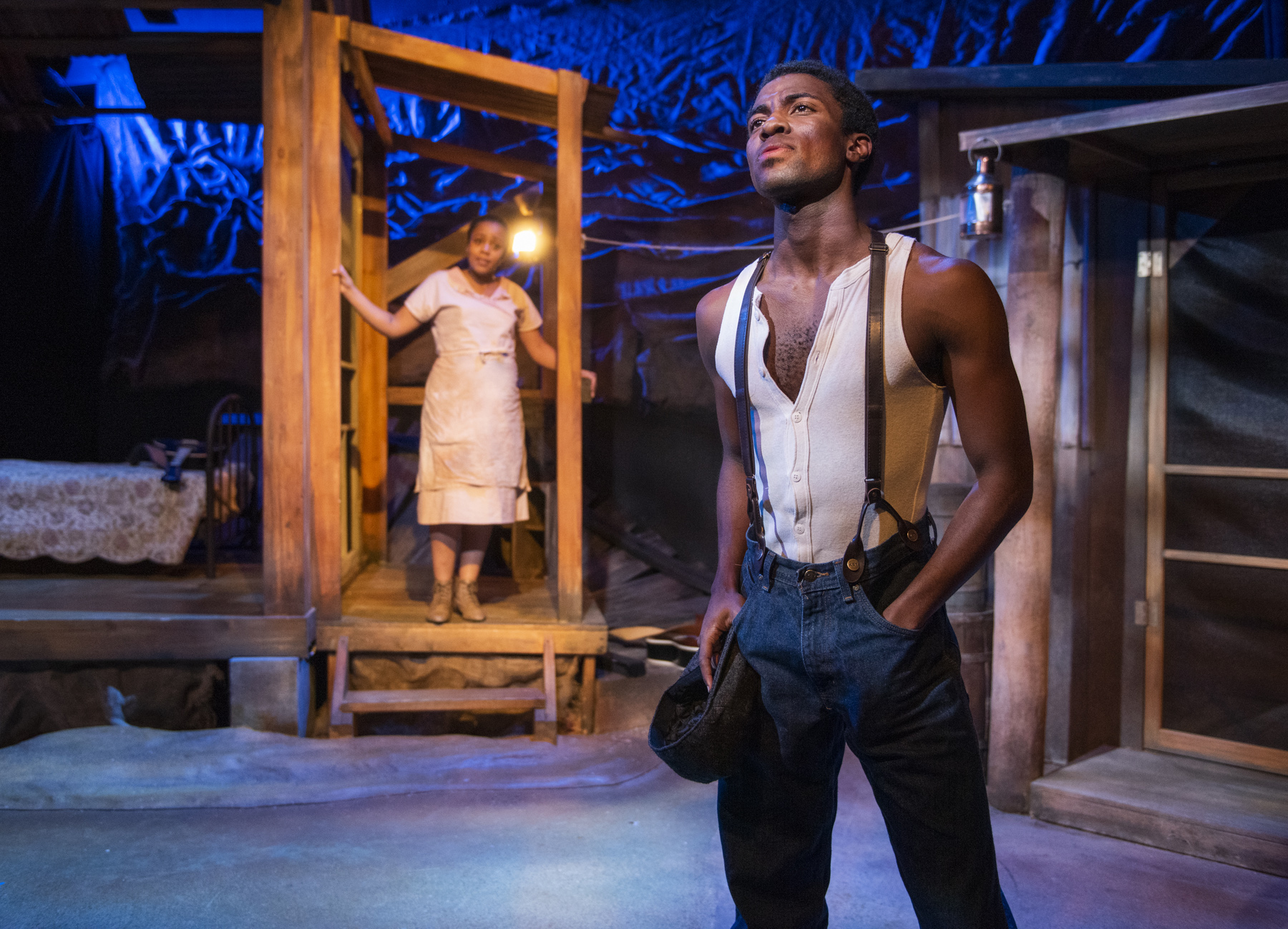 When Raven Theatre Artistic Director Cody Estle introduced the company’s opening night performance of Katori Hall’s “Hoodoo Love,” he referenced the play’s 2007 Off-Broadway premiere, and how a New York Times review described the work as “a creditable early effort” by “a strong presence.” Though Estle was referencing the sentiment as a product of it’s time – and that Hall, now with “The Mountaintop” and “Tina” under her belt, is a major force in American theater – Anne Midgette’s 2007 review holds up as an honest assessment of a play that cannot quite rise above its inspirations, even in a production as perfectly staged and cast as Raven’s.

Set in Memphis during the Depression, “Hoodoo Love” follows the familial, artistic, and romantic struggles of Toulou (Martasia Jones), a young woman from the Deep South with two primary passions: her aspirations of becoming the next Bessie Smith; and her dreams of starting a live with Ace of Spades (Matthew James Elam), a charismatic blues singer with a wandering spirit and a wandering libido. Desperate for Ace of Spades’ heart, Toulou appeals to Candylady (Shariba Rivers), her nonagenarian neighbor who, through a history that includes enslavement and patriarchy of every iteration, has perfected many of the spells and elixirs of hoodoo. As Toulou and Candylady craft their hex on Ace of Spaces, however, Toulou’s deeply religious brother Jib (Christopher Wayland Jones) enters the scene, bringing both his fire-and-brimstone rhetoric and his deeply unsettling closeness to his younger sister.

Hall’s narrative arc is a compelling one – I can’t think if another play that centers a female blues musician, even though the early history of the blues is chockfull of amazing, dynamic women – but her execution is a bit flawed. For starters, scenes are often sequenced in an awkward way. Characters are not so much developed as placed together in scenes, and it’s not always clear how things are developing as the scenes play out. And the dialogue that propels those scenes is, on occasion, laden with cliches. Although Hall does pull off the occasional flourish, she still leans far too heavily on the work of earlier writers, and as a result, the dialogue does not sparkle in the ways she intends.

Even with those drawbacks, however, Raven’s outstanding cast and crew still make this a play worth seeing. Under Wardell Julius Clark, the actors are uniformly superb. As Candylady, Rivers is both charming mystic and wounded human; as Jib, Jones (who I have seen on stage since he was a student at DePaul) is slimy, hilarious, and compelling; as Ace of Spaces, Elam is every bit the charming artist he’s supposed to be; and as Toulou, Jones is both a compelling lead and a generous colleague, playing beautifully off the styles of her three co-stars – and singing beautifully while she’s at it.

On top of the performers, every other aspect of the show is first rate. The music direction of Ricky Harris grounds the material in 1930s, as does Alexi Chaney’s costume design. Sydney Lynne Thomas’ set designs beautifully maximize Raven’s smaller Schwartz Stage – until things literally split open in spectacular fashion at the play’s conclusion. And Simean Carpenter’s lighting adds a mystery and power to the hoodoo sequences.

So while “Hoodoo Love” is not a perfect play, Raven’s staging has certainly brought out its very best elements, and for that it should be praised.