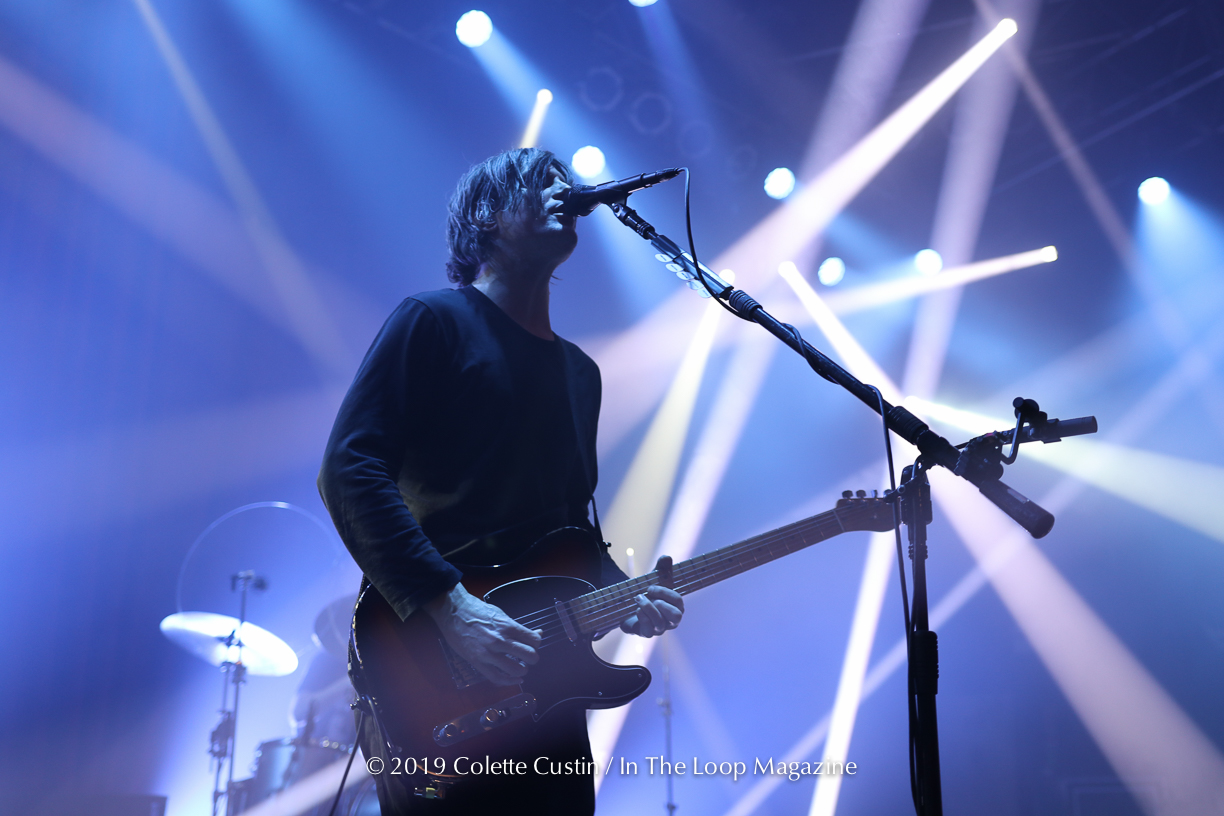 It’s no secret that, here at In the Loop Magazine, we all have favorite bands. So I’m going to cut right to the chase and say this with equal parts personal investment as a fan but also with as much objectivity as I can offer: at the moment, Failure is the best sounding live band on earth.

The legacy of Failure’s legendary third album, 1997’s Fantastic Planet, is known to pretty much everyone at this point, and we’ve certainly devoted considerable time to it over the years even in this magazine. And after 2015’s ‘comeback’ record, The Heart is A Monster, and its subsequent tour, fans hoped that the trio of Ken Andrews, Greg Edwards, and Kellii Scott would keep things moving.

Keep things moving they did, and if their new album (2018’s In the Future Your Body Will Be the Furthest Thing From Your Mind) is any indication, the band’s best work is in front of them. One needed look no further than their stunning performance at House of Blues on Friday to see that this is a creative unit at the absolute peak of their collective powers. Opening with a trio of songs from In the Future before segueing into a series of tunes from Planet (including anthem single “Stuck On You,” which, no matter how many times you’ve seen it live, hits with unrivaled bombast), the band managed to hit on highlights from every era of their career, and the balance of material was striking. The crisp, driving drone of “Undone” sounded as fresh as it did when it was first released in 1994, and new tunes “No One Left” and “Solar Eyes” were right at home alongside Fantastic Planet’s most recognizable cuts. But it was “The Pineal Electorate,” the epic, penultimate song of the main set, that made clear how expansive Failure’s sound has become. With a McCartney-esque piano and vocal melody from multi-instrumentalist Greg Edwards that culminates with a full-band coda, the new-album closer was an absolute showstopper. If “Layla” or “Hey Jude” had come to us from somewhere in space, this might be what it sounded like. Ending with the ominous crunch of “Screen Man” from their first album, 1992’s Comfort, it was refreshing to see that the band’s entire catalog is still in play.

Failure’s musicianship has often been the subject of much praise, and with good reason. Andrews, a production and recording giant in his own right, and his constant trade-off with Edwards on bass and guitar (with Edwards also tackling keys) is something to see; every song in the set plundered new sonic depths and layers of effects that made it tough to even figure out where sounds ended and began, and no drummer currently in the game plays with more precision and intensity than Scott. There’s an aural tapestry created between the three that goes beyond just a band playing a bunch of songs – at five records in, Failure fully inhabit their own sonic landscape, and their best work may well be ahead of them. Miss them at your own risk – Failure in 2019 is as good as live music gets.

For photos from the House of Blues show, click here