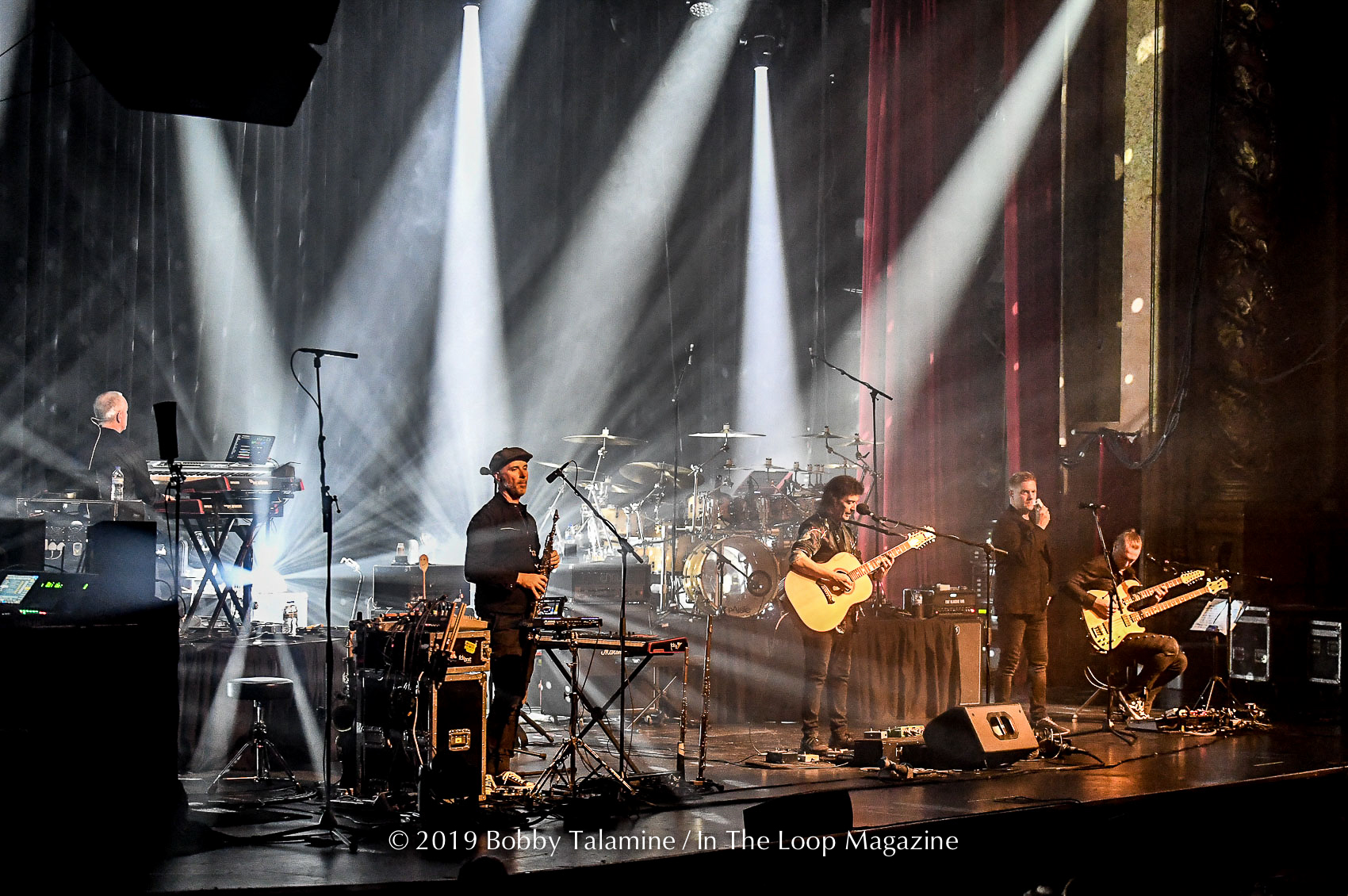 Sat October 5th, Steve Hackett is in town and that is a cause for celebration. A guitar maestro without question, a guitarist who has been a working musician for nearly all of his entire life, constantly experimenting with his craft, not just in extraordinary guitar technique, but also in songwriting as well.

And the devoted faithful, mostly older men like me in their fifties and sixties and seventies, are ever present to see Steve and his band play on a Saturday night at the Copernicus Center in Chicago.

Having witnessed firsthand Steve Play now with his band Genesis Revisited a few times now, this is not a mamby pamby cover / tribute band, on a limited budget. Steve, in my opinion, wouldn’t tolerate that for a second, let alone the music hounds who are devoted to all things “Genesis”.

This is complex music of the highest order and capable musicians are needed as such, down to the ever important role of lead vocalist and who’s going to handle singing the Peter Gabriel era of Genesis, and do it with righteous brevity? You can be rest assured, with Steve’s longstanding vocalist Nad Sylvan, who makes it look easy singing Peter Gabriel era Genesis and Phil Collins stuff as well.

The show itself is divided into two parts: 50% Steve’s solo material, and 50% devoted to Genesis. As for this current tour through the states, Steve is touring on the strengths of arguably their most popular album- “Selling England by the Pound”,  a masterpiece of song selection and musicianship. “Selling England by the Pound” has withstood the test of time and touched so many people’s lives, originally released in 1973, and what Steve calls his favorite Genesis record.

Like most albums of its ilk from back in the day, “Selling England” flew way over reviewers and critics heads when originally released, and only years later recognized for it’s beauty and craft in singing / songwriting. At the time that the album came out, Genesis was more than competitive with each other than ever, with musicianship tension being the order of the day, depending on the song they were working on at a given time, and who’s going to contribute what, who was going to solo when. So to hear this album in its entirety on this tour is a joyful celebratory occasion. Apparently I’m not the only one, especially when the faithful in attendance hear the iconic “I Know What I Like (In Your Wardrobe)”, “Firth of Fifth” and of course “The Cinema Show” are played, with the audience going bonkers, and reliving 1973 all over again. And they have a right to celebrate, because of the majesty of all things “early Genesis”, and well- just because.

This is the next best thing seeing Steve play live in all his glory outside of a Genesis reunion, which is highly unlikely, but never say never. You have to take and accept what you get. As the show proceeds through this classic album, the crowd keeps getting more infectious, more celebratory, more enthusiastic.

In regards to “The Battle of Epping Forest”: Just hearing that alone was worth the price of admission. This is the definition of a “complex song”, and something Steve hasn’t attempted playing in many many years, because of its difficulty, let alone singing duties. Steve has even been quoted as saying that Nad Sylvan, who sings it, said it took him over three months just to learn how to sing the song in its entirety, because his first language is Swedish, and you’re dealing with the nuances of these characters that Peter Gabriel dove head first into, and that in itself is most difficult. It’s an extremely difficult song to play as well. It’s heavy on the prog and musicianship, with tricky time signatures front and center. But when played right, and spot on…let’s just say 90% of the Copernicus Center went full on nutty bonkers at its closure.

So there you have it. Steve’s solo material- Steve’s Genesis era material, all nicely presented and packaged on this current North American tour, all exquisitely done, all performed with extreme care and thought in mind, down to the rented PA that was present at the front of the stage on the main floor, just to provide to us music hounds in attendance that extra wallop that makes Genesis era music so identifiable, with the low end hitting you right in the sternum, just to make sure you never ever forget you’re at a Steve Hackett / Genesis show, and most importantly, and that as Steve will tell you to your face- “This stuff should not be afraid to die”.

Couldn’t have said it better myself, and god bless Steve for keeping Genesis music alive and well.