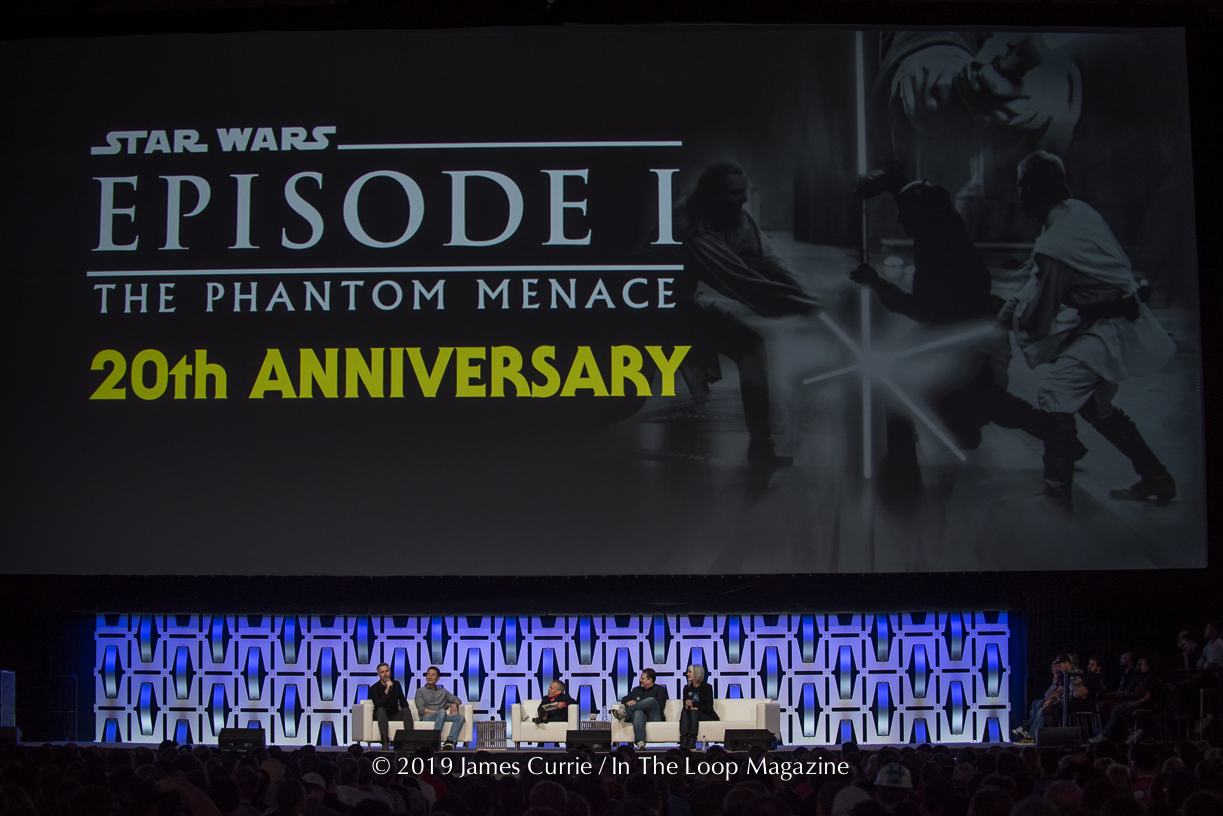 SPOILER ALERT BELOW (If you somehow haven’t seen the new trailer and don’t want to know anything about Episode XI, don’t read this)

A long time ago, in a galaxy far, far aw—well, okay, the ‘70s—budding first-generation Star Wars fans could have scarcely imagined the global and cultural phenomenon that they’d discovered. There is perhaps no greater evidence of this than the Star Wars Celebration that landed at Chicago’s McCormick Place for five days of droids, villains, heroes…and of course, a big reveal.

The Rise of Skywalker. Get ready to see that phrase on a nearly-constant basis for the next eight months, and if the trailer for Episode IX that premiered on Friday is any indication, the final chapter in the Skywalker saga is going to take the series out with some huge twists – most notably, the return of Emperor Palpatine, who was presumably killed by Darth Vader in Return of the Jedi. Introduced by a panel that included current generation Star Wars stars; Daisy Ridley, John Boyega, Oscar Isaac and others as well as show director and producers J.J. Abrams and Kathleen Kennedy, the trailer’s premiere was a blast—and it was—the panel that followed overflowed with excitement and nervous fan energy as the trailer was analyzed, frame-by-frame, to a massive gathering on the exhibit hall floor.

There were some familiar faces seen around the discussion groups, seminars and panel discussions too. We saw Lando himself, Mr. Billy Dee Williams as well as the original Chewbacca, Peter Mayhew and the golden child robot that’s been in every single Star Wars movie – Anthony Daniels.

Speaking of exhibits, there was a lot to be excited about. Even if you weren’t a toy or memorabilia collector (and if you are, I hope you made it out of there intact), there was almost too much to take in, from fully functional R2-D2 units (complete with real tasers!), to full-sized X-Wing and Tie Fighters, and even a preview of the forthcoming Galaxy’s Edge park at Disneyworld, which promises an immersive, interactive Star Wars experience that looks…well, honestly, it looks incredible beyond words, beyond anything that this pint-sized fan could have imagined into reality way back in 1978. If you were a collector, you felt like this was your mecca. You could buy anything from that vintage telescoping saber Luke Skywalker to an actual piece of the Death Star! The only limit here was your bank account. Some of the prices were absolutely staggering, making you wish you had never played with them… strike that, if you didn’t you wouldn’t of had any fun or built those memories that make Star Wars so memorable.

The rest of the panels offered in-depth looks at the forthcoming Mandalorian series on Disney’s new streaming service as well as the return of The Clone Wars, and a look back at The Phantom Menace on its 20th anniversary brought a warm welcome to some special guests—namely Ahmed Best of Jar-Jar Binks infamy. He and Anthony Daniels played off each other like a comedic stage play.

Star Wars fandom is one of the world’s biggest, most-inclusive families on earth, and if one was inclined to simply walk around taking in the sights, sounds, costumes, and excitement, it was clear that the universe is better for what George Lucas (yes he made an appearance – albeit in the form of a Facetime during one panel discussion, but it was eerily similar to a space call from the emperor) and so many visionary artists after him have brought to us.

Now, go watch that Episode IX trailer again. You know you want to.

For more on this event and it’s future, click here

For photos from this event in Chicago, click here