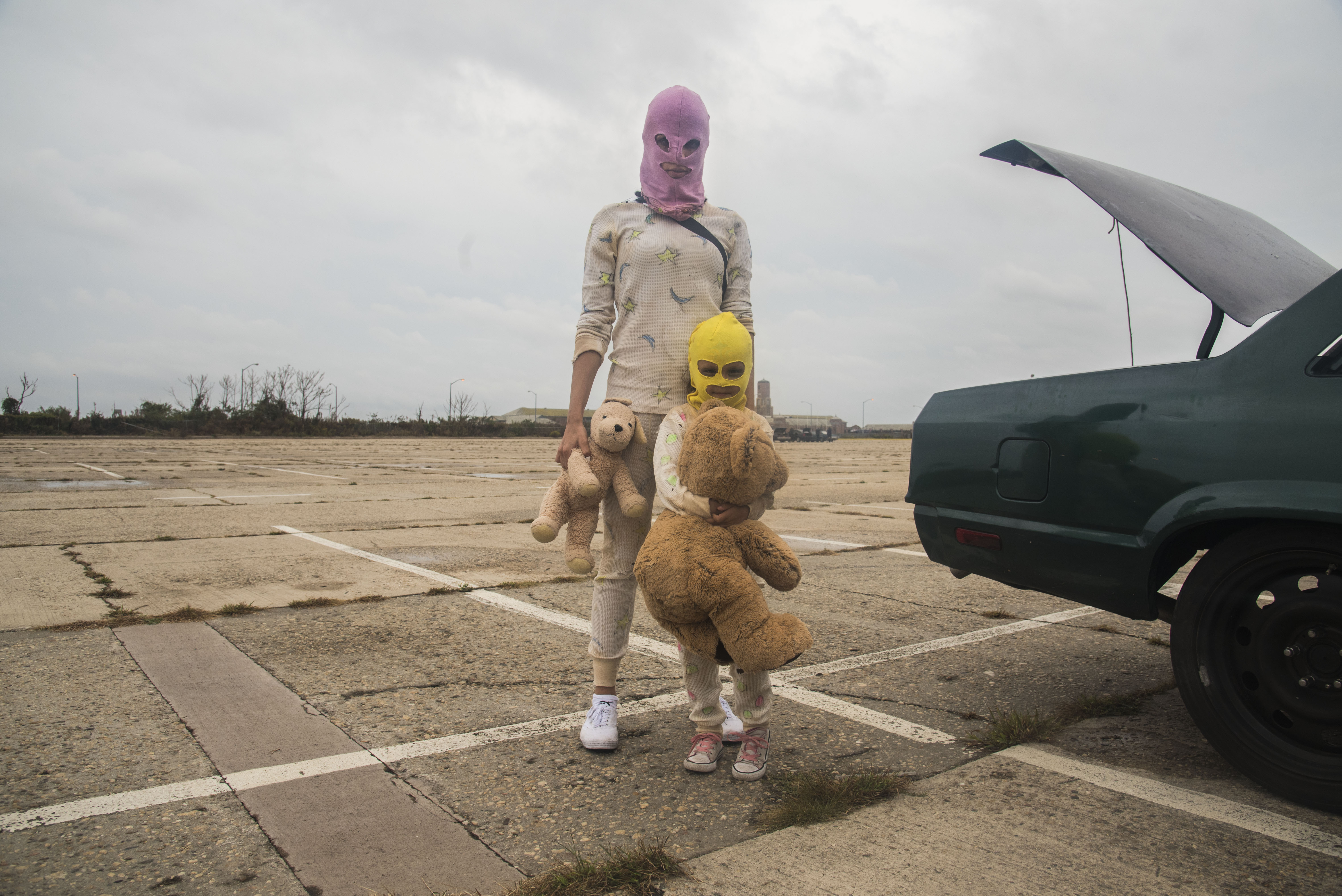 Today, we’re announcing Pussy Riot’s first live music performance art tour through America. The feminist art collective protest against the re-election of Putin as the President of Russia earned them a long, fake trial that led to a 2 year prison sentence for “hooliganism”.

Pussy Riot’s performance will include Nadya Tolokonnikova among others, Pussy Riot’s member whose identity was unfortunately and abruptly revealed after her arrest for performing 35 seconds of the Punk Prayer “Virgin Mary, Put Putin Away” in Moscow’s Savior’s Cathedral in 2012.

Besides Pussy Riot’s headline dates that can be described as an extremely politicized marriage of performance art and a concert, they will also take over music stages at Boston Calling and Hangout Festivals. Pussy Riot’s worked on new music and video art, such as: “I Can’t Breathe”, their first English language song made in honor of Eric Garner, “Chaika” about Russia’s corrupt prosecutor general, “Make America Great Again” which was eerily created and shot before #45 was elected president, and  “Police State” with a video starring Chloe Sevigny and released at the end of last year. Alongside the performances, there will be new art revealed to spread the continued calls for action and protest to a wider audience.

Art is just a part of Pussy Riot’s mission. In 2014, since the release of two members from prison, they launched Mediazona, a free-of-censorship independent Russian media agency focusing on law enforcement issues like conditions in prisons and prosecutions of political activists. Activists of Pussy Riot are advocating for the prison reform in Russia and providing help and lawyers to prisoners.

Members of Pussy Riot’s community chose to keep fighting for their fellow citizens’ human rights, though since 2012 Putin’s regime started harsh oppression of outspoken activists, thus any member of Pussy Riot may be arrested again at any point. Two of Pussy Riot’s members Lusine Djanyan and Aleksej Knedljakovskji filed for political asylum in Sweden, since they’ve been persecuted and are facing death threats in Russia.

Pussy Riot would like to rally with you at these upcoming live performances.

more dates to be announced