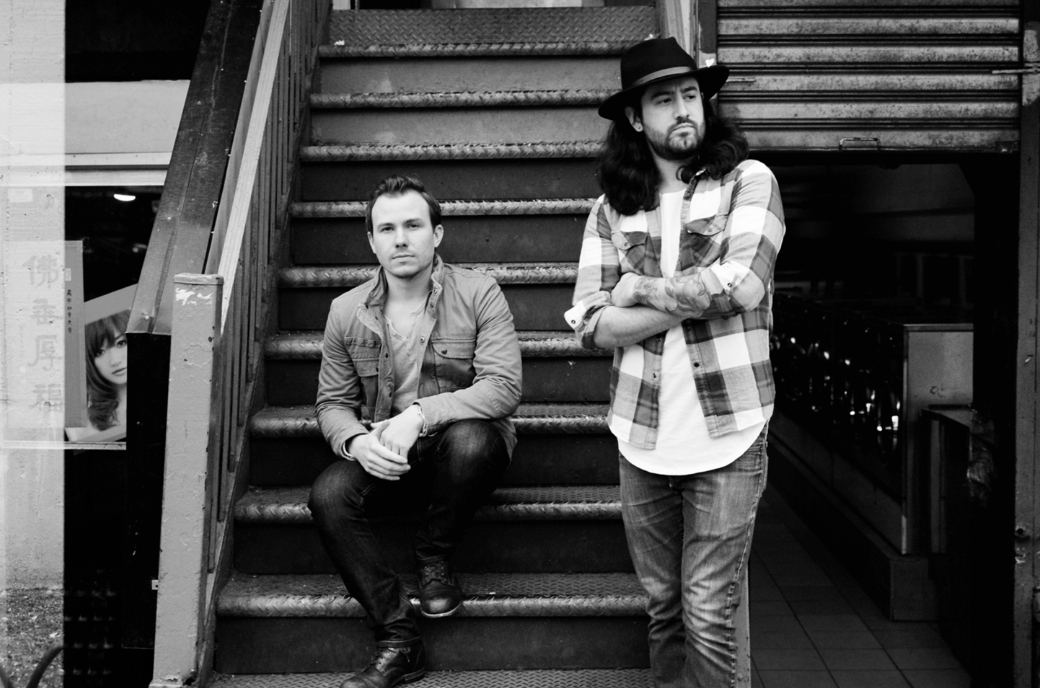 Edward & Graham, a newer duo based in Chicago have released a single titled ‘Menomonee Road’ from their upcoming debut album. This tune partners a few different styles of music together in one piece. There’s a little bit of Folk, Americana and a touch of Southern Rock. When I first listened to this song I was immediately reminded of bands that have paved the way for music like this. Bands like .38 Special and Lynard Skynard. But this song doesn’t hang onto the past. Edward & Graham found a nice way to include powerful drums, yet soulful vocal harmonies that make it feel relevant to today.

At first listen I noticed the overall mix of the song. It sounds clear, crisp, and full of low end. The performance of each instrument in the studio was well executed. The drummer kicks in with a heavy bass drum groove in the first verse, and as the song grows, so does the instrumentation. Then by the middle of the song the dynamic level drops during the guitar solo, but rises again towards the end. I grew up believing that guitar solos are as important as lead vocals, so it was nice to hear a section dedicated to a ripping, swampy sounding guitar lead.

One thing I found interesting is the fact that Evan Graham Dunn has a history in the heavy metal scene. He is the lead songwriter behind the band Alaya, signed to Basick Records UK. When a musician can stretch their talents across multiple genres and styles, it proves that they’re willing to grow and change as musicians. An aspect that seems to be detrimental to musicians’ success. ‘Menomonee Road’ doesn’t fit the “heavy metal genre” by any means, but you can hear that influence in this song with subtle details like the volume of the song’s snare drum, and the amount of gain used for the guitar solo.

As the song nears the end, it slows down until it inevitably comes to a halt. I was left with a feeling of dissolution. It seems as if there was a level of uncertainty when they were trying to decide how to end the song when it was written. As a longtime listener of the greats before us, like the Allman Brothers Band and so forth, I was left wanting more and hoping the song would go somewhere else. It doesn’t, though. They stuck to the parts they had and kept it rather short and sweet. Not a necessarily a bad thing, however it does seem like an opportunity may have been missed.

Overall the song is powerful, well executed, and sounds awesome. The acoustic guitar playing is tight, and the production is slick. I personally wish the song had gone somewhere else after it’s guitar solo, but that’s just my personal taste in music. I do, however, think that Edward & Graham are onto something, and I hope music fans give them a chance. After hearing this, I’d like to hear more…