Returning To Grant Park, Lollapalooza 2019 Line Up Released And Includes A Few Surprises 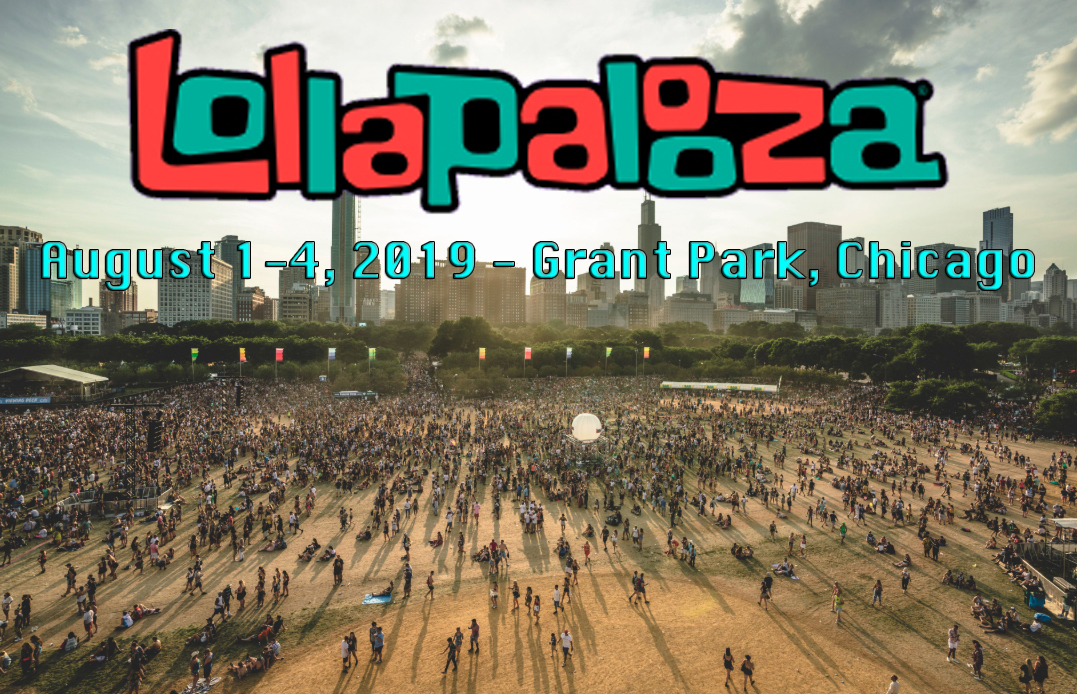 Yep, it’s almost that time of year again where the youth of Chicagoland take over Chicago’s lake front, specifically Grant park as Lollapalooza makes its return for 2019. The line up was released today and it was filled with acts from all around showing one of the most diverse line ups in years.

The problem I have is with the headliners, one specific which I’ll discuss further at the end. They are all big names and great talent, but also all repeat customers with Childish Gambino, Twenty One Pilots, The Strokes, Flume, The Chainsmokers. Again, all great artists and bands, but been there done that and are they really Headliner worthy? Then the big shocker, Ariana Grande. Yes, you read that right. The pop princess your little sister loved is taking a headline spot at the “Alternative” music festival this August. This left me scratching my head saying to myself, was this the B96 Jingle Bash or the grandaddy of alternative music festival’s, Lollapalooza? Well, it’s true and it seems Lolla has lost a bit of its edgy side here. Sure, they are all popular, chart topping artists, but Ariana Grande at Lollapalooza? Does that mean Lolla is really just about what’s now popular and money making? That’s not what Lolla was founded on by a long shot.

I get it. It’s no longer about that Lolla spirit. Perry sold the festival to one of a major player who intern is invested to make money, not street cred. I can imagine how hard it is to fill 4 days up with bands. I get that (I’m starting to sound old here), but honestly, there are some amazing artists that could have played this festival and been true to its indie alternative punk roots that still have never made it.

Don’t get me wrong, it’s not a totally loss. There are a few that I am really looking forward too and you should be too. These are bands that consistently perform better than any audio recording could ever capture. Bands like Tame Impala, Kacey Musgraves, Gary Clark Jr, Tenacious D, Slash featuring Myles Kennedy, H.E.R., Mitski, Fitz and the Tantrums, Chevelle, Japanese Breakfast, Sigrid and Emily King to name a few are all incredible to see live. And there’s a litany of other bands I’ve never heard of that could be the next big thing. Or at least tap my foot too while downing a giant lemon shakeup.

The biggest surprises on this years lineup include festival organizer, Perry Farrell’s new project, Kind Heaven Orchestra and local artist making big these past few years, Dexter Tortoriello’s group, Houses. Both of these are something to watch for. Perry’s Kind Heaven will soon be a major Las Vegas attraction and promises to be something you’ve never witnessed before. Dexter’s Houses is just one of those feel good bands that when you hear live makes you happy inside and long for more. Oh and as a side note surprise, Shaquille O’Neal will be there with something called, Diesel.

One of the biggest things to remind myself about for Lollapalooza is that it is an event. A gathering of like minded souls. A fun hangout for the weekend. A place to be seen and see others. It’s much more than just a festival ground to see bands. I’ve discovered new artists in the past that I really love. I’ve meet new friends who are still good friends today. I get to try new foods and drinks I might not ever have gotten before. I love seeing the fashionistas and debutants. It’s an event for the mind, body and soul, no matter who is playing. It just helps on the pocket book when it’s artists who are cash worthy.

What’s your thoughts on Lollapalooza 2019? Or Lollapalooza in general? Who are you looking forward to seeing? What was the surprise for you? Will you be attending? Lay it all out here.