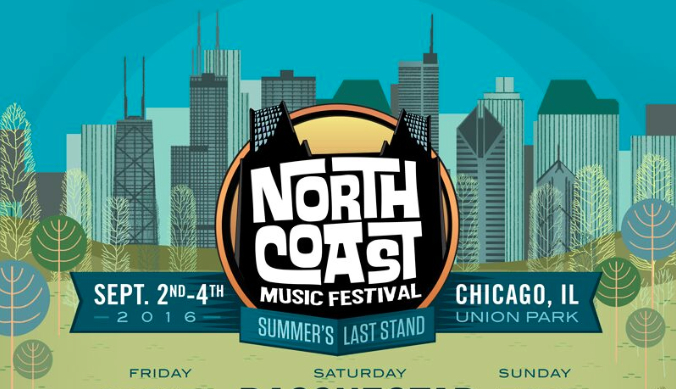 June 1, 2016 — With each day that passes, North Coast Music Festival’s (NCMF) seventh annual installment at Union Park draws nearer and nearer. After revealing the first phase of the event’s incredible musical acts, we’re thrilled to announce the full lineup for 2016 in all its glory!

From hip hop and jam bands to funk and electronic dance music, this year’s festival will provide something special and enticing for every type of Coastie around the clock. UMPHREY’S MCGEE are set to make their long awaited homecoming, as the band plays their first Chicago show in over two years after headlining the inaugural festival in 2009 and then again in 2012. Live brotherly duo THE FLOOZIESwill perform alongside indie dance duo MATT & KIM, trap extraordinaires BAAUER and BRILLZ, house legend SAM FELDT and electronic powerhouse THE POLISH AMBASSADOR, also come as welcome additions to the already powerful September lineup.

This year Heineken makes its return as the official adult beverage partner of North Coast! In the heraldedHEINEKEN HOUSE, artists including the ALAN KING, JESSE SAUNDERS and WAYNE WILLIAMSfrom the Chosen Few DJs, FARLEY JACKMASTER FUNK, BUCKY FARGO & MAREA, GOLF CLAP, GANT-MAN, THIBAULT and ZEBO will take to the decks for a wide mix of inclusive dance music performances. To round it off, DJ HYPERACTIVE, MIA WALLACE, CZ BOOGIE and TIM ZAWADA are slated to bring their own unique brands of electronic creations to the spectacle, with more to be announced shortly.

General Admission and VIP Three-Day Passes Are On Sale at northcoastfestival.com!