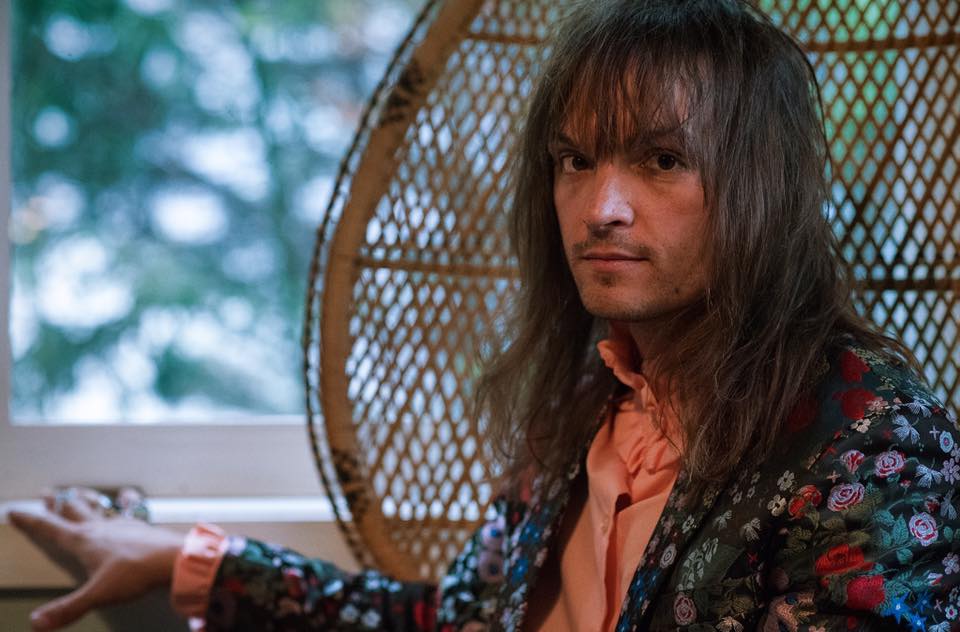 In a relatively short amount of time, Nashville-based power-pop act Creamer has made a big impact on 2018 with their new single ‘Drugs No More,’ the more irresistible piece of ear candy you’re likely to hear this summer. Creamer’s new album and tour are on the way this fall, and ITL staff writer Christopher David caught up with lead singer/guitarist Philip Creamer to discuss new music, new friends, and a forthcoming tour.

In the Loop Magazine (Christopher David): So, we should start by saying that I discovered you through the video for (new single) “Drugs No More” on Network 77, and I wasn’t even sure if you were a real band or if it was just another segment on the show.

(Note: Network 77 is a satirical, online show lampooning ‘70s public television and late night shows – if you’re a fan of bizarre sketch comedy like Portlandia, check it out at www.network77.com!)

Philip Creamer: I love it! Rachel Lichtman (creator/producer of Network 77) became a friend and fan of Creamer about a year ago, she came to a show we did early on, and after the show, we started talking about different things. She called me one day and said, ‘okay, we’re going to coffee, and I’m going to pitch you something, and you’re going to say yes. You don’t have to do anything but what I say,’ and she pitched me the idea for the “Drugs No More” video. It was a lot of fun to work with her.

ITLM: You relocated from Dallas-Fort Worth about three years ago to Nashville and started Creamer after Dovetail (Philip’s previous band of nearly ten years) dissolved. What led to that, and why Nashville, specifically?

PC: So, we had an indie record deal, but things weren’t great there. I didn’t want to make another Dovetail record, and everyone else was kinda working with others as backing players. My wife and I wanted to move, we were just ready to go somewhere I could establish myself as an artist outside of the band. Geographically, Nashville was just the best move for us, versus L.A. or New York or somewhere like that. My drummer from Dovetail had moved out here, and we both decided at the same time that Nashville had everything; it had really developed a lot since I was initially interested in moving there about ten years before when it was pretty much all country and Christian music. Several bands and artists I knew from the Dallas-Fort Worth area were coming up here and having positive experiences, so it made sense for us. I wanted to get in with some new people to make records with – Dallas is a great scene, but it’s small, and I’d been in it long enough. It was time to get a change of scenery and see what ideas came to me. It’s been the best – it’s gone more quickly than I was thinking it would.

ITLM: Nashville’s a fascinating place for music. Dallas-Fort Worth and Chicago sound similar in that, for major cities, the musical community is very small and pretty intimate in terms of everyone knowing each other, which can be a bit limiting. I know so many people who have moved to Nashville and had success starting new projects with other people who moved there for the same thing. Nashville’s become a real musical Mecca – how was your sound received there, initially?

PC: It’s been very welcoming! I was fortunate to have a couple of buddies down here, and they were putting on a show, which is where I met Pat (Sansone, of Wilco) and Audley Freed (producer/musician). Because I met those guys, it just opened up the door to meeting everyone else in town. I’ve seen exactly what you mean, this influx of talented, hard-working people who are just here to make records. There’s almost a Greenwich vibe at times.

ITLM: That occurred to me last time I was in Nashville – every time I come home, I’m immediately energized to work on new music. There’s a sense of community that’s just different than things are in most places.

PC: Yeah, which isn’t what I expected, initially, I wasn’t expecting everyone here to have such a drastic impact on what I was doing. But everyone just kinda wakes up with the same goals in mind. It’s definitely been a productive scene for me to be a part of, and I needed that to reinvigorate me and to put in the heart and effort that goes into starting a new project like this.

Pat, Audley and I ended up playing this thing called “Audley & Friends” that he does every once in a while where they do forty songs or so and everyone just plays. He asked me to come sing some Steve Marriott tunes, Pat was on guitar, and Tom Peterson from Cheap Trick was on bass. It was my first tribute show where I sang, and that was around the time we started plotting the Creamer record. That’s been a big thing in terms of networking and doing it in a way that feels real. You meet people into the same things as you, and then you’re getting asked to sing at a Bowie tribute or something.

ITLM: When you hooked up with Pat, was Creamer a band yet, or was it something you shaped around what you were just envisioning as a songwriter?

PC: I’d been working with some different producers, and I had a bunch of songs that I was ready to record, many of which are on this record. I’d worked with several other producers, and hadn’t found the right thing yet. Pat reached out to me about making a record, and I’m a big fan of his, so it quickly came together and made sense that it was the right thing. I had my band of guys that I was still playing some shows with – my brother and the old Dovetail guys. I’d do a half-and-half thing with the guys in Nashville and the guys in Dovetail. It was definitely operational, and now we’re getting ready to get on the road and release this record!

ITLM: When I first heard “Drugs No More,” it immediately resonated with me, because it was so much in line with the early Eric Carmen stuff, The Raspberries, all the early ‘70s glam, which is my favorite genre. It seems like that’s also a particular era that is so seminal, so rich in terms of influencing people. What would you consider to be the major influences behind Creamer and what you’re writing in this band?

PC: Well, the record is like eleven vignettes produced in certain ways, with a focus on a specific tone or attitude. It definitely harkens to early glam, rock, power-pop. There are some soft rock influences there, too – but Bowie, and of course, The Raspberries, The Zombies, ELO, Queen. And of course, The Beatles are the overarching biggest thing for me. Elvis Costello has been a big one as well. But yeah, the early glam/British thing is huge to me, and it’s not so much about the glam, but the melodies and approach to composition. I’m into songs. Songs with big screamingly powerful melodies; to me, that’s the beauty and the art of making recorded pop music – how short can you make it and how glorious can it be in that time?

ITLM: So when does the record come out, and when does your tour start?

PC: The record is out on September 21st everywhere for the digital release, followed by the vinyl at a later date.

For the tour, we’re playing Americana Fest here in Nashville, Chicago for the first date on September 19th, and then we’re going to play around the Midwest for two weeks. We’re working on our next outing in November for the east coast – just trying to get this record on the road in front of new audiences and have the chance to make some connections with people who are on that wavelength and looking for some songs!

Creamer are playing at SPACE in Evanston on September 19th, 2018. Click here for tickets.