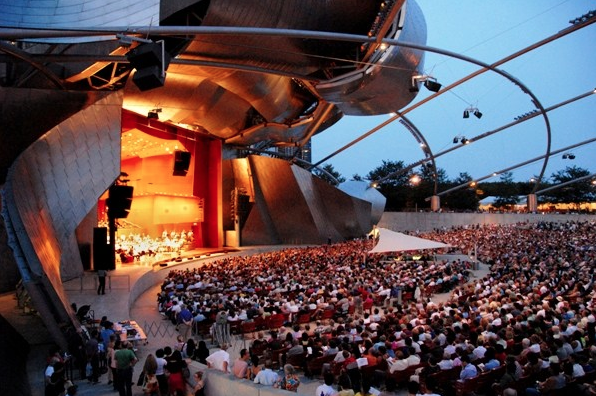 Blonde Redhead is an indie rock band composed of Kazu Makino and twin brothers Simone and Amedeo Pace. Formed in New York City in 1993, the band is known for innovating their sound for every album and blending rock, dream pop and electronica. Ryley Walker is an accomplished fingerstyle guitarist, singer, and songwriter from Chicago best known for his Primrose Green album released in 2015, which blurs the genre lines between folk, rock, jazz, and new music.

Other Performances Lined Up For 2016:

With a catalogue that ranges from James Brown-style funk to lo-fi blues and contemporary Southern soul, Lee Fields has had a successful career spanning more than 43 years. Since the late sixties, the North Carolina native has amassed a prolific catalog of albums and has toured and played with such legends as Kool and the Gang, Sammy Gordon and the Hip-Huggers, and many others. Paris born Makaya McCraven pushes the boundaries of sound and rhythm to create categories of his own. He layers his extensive experience with hip-hop bands, African dance bands, Hungarian folk music, and indie rock on top of a deep history of “straight-ahead” jazz, improvisation and Avant-garde beats.

One of the masterminds behind the Brazilian band Los Hermanos and founding member of the samba super group Orquestra Imperial, songwriter and multi-instrumentalist Rodrigo Amarante is an inescapable musical figure in his native South American home. In 2015 he wrote the popular song “Tuyo”（Yours), which serves as the opening theme for the Netflix series “Narcos.” Leyla McCalla is a New York-born Haitian-American living in New Orleans, who sings in four languages and plays cello, tenor banjo and guitar. Deeply influenced by traditional Creole, Cajun and Haitian music, as well as by American jazz and folk, her music is at once earthy, elegant, soulful and witty.

Gina Chavez is a bilingual Latin-folk singer-songwriter from Austin, Texas who expertly blends the sounds of the Americas with tension and grace. Her most recent album Up.Rooted has won critical acclaim from NPR, USA Today and more.

Washington, D.C.-born Paul D. Miller aka DJ Spooky is a composer, multimedia artist and writer whose work immerses audiences in a blend of genres, global culture, and environmental and social issues. Rebirth of a Nation was his first large-scale multimedia performance piece, which has been performed more than 50 times in venues around the world, from the Sydney Festival to the Herod Atticus Amphitheater in Athens, Greece. Kelan Phil Cohran is a Chicago improvised jazz legend known for his contributions in the Sun Ra Arkestra in Chicago and for his involvement in the foundation of the AACM.

Born in North Carolina, saxophonist Maceo Parker embodies the legacy of soul and funk music and is best known for his collaborations alongside seminal icons like James Brown, George Clinton, and Prince, all the while honing his own signature brand of showmanship. Marrow is an American indie rock band from Chicago consisting of three former members of Kids These Days, plus one additional member.

Eddie Palmieri is one of the foremost Latin jazz pianists in the world and has had a musical career that spans over 50 years. Born in the Spanish Harlem of New York City, Palmieiri has won nine Grammy awards throughout his career as a bandleader of several critically acclaimed Salsa and Latin jazz orchestras. Ecos del Pacifico is a Chicago-based group formed in 2006 by Julio Cesar Montaño Montenegro and is steeped in the Afro-Colombian music and dance traditions of the pacific coast of Colombia.

Givers are an indie pop group from Lafayette, Louisiana whose diverse sound stems from the improvisational and dance-fueled atmosphere of their hometown’s zydeco, cajun and jazz cultures mixed with an affection for new wave, funk and world music. Baltimore, Maryland-based Lower Dens are an American indie pop band. Pitchfork says the group “siphons its aesthetic from the storied pop of the ‘80s, but it’s not content to stop at homage. Lower Dens use the past—its clichés and its innocence—as a lens through which to imagine a queer and open future.”

No Shows – Week of Taste of Chicago

Femi Kuti is a Grammy-nominated, high energy Afrobeat artist born in London and raised in Nigeria. Kuti is the eldest son of Afrobeat pioneer Fela Kuti and grandchild of Nigerian aristocrat, political and women’s rights activist Funmilayo Ransome Kuti. Working out of Chicago with the likes of Chance the Rapper, Action Bronson, Twista, Vic Mensa and others, ProbCause seamlessly jumps from electronic to funk to R&B, then back to classic boom-bap gritty rap.

Brazilian electrified trio Azymuth combines a high voltage blend of Brazilian rhythms, jazz, and funk with occasional acoustic episodes. Sidewalk Chalk is an eight-member Chicago-based band that is leading the contemporary evolution of hip-hop, soul, and jazz. The group’s unique arrangement allows them to incorporate numerous styles seamlessly: an MC and female vocalist; a trio of keys, bass, and drums; a horn section with trombone and trumpet; and a tap-dancer.

King Sunny Ade is the undisputed king of juju music, the dance-inspiring hybrid of western pop and traditional African music with roots in the guitar tradition of Nigeria. Ade launched his own record label in 1974 and has released more than 100 of his own recordings in Nigeria. Born in Chicago to Nigerian parents, Ugochi is an Afro-soul singer, songwriter and poet who is known for her extremely versatile and creative music and performances. She will appear with The Afro Soul Ensemble (A.S.E.).

Known for their traditional blues material with a good dose of both jazz and gospel sensibilities, New York City-based Heritage Blues Orchestra has found a way to make traditional material sound fresh and new. Toshi Reagon is a versatile singer-songwriter-guitarist from Atlanta with a unique hold-nothing-back approach to rock, blues, R&B, country, folk, spirituals and funk.

The Jones Family Singers are a Texas-based gospel powerhouse consisting of five sisters, two brothers and their father who infuse joyful and reverent songs with vintage soul, funk and R&B. Under the direction of Brother Ray Nuckolls and Dr. Willetta Greene-Johnson, Chicago’s Apostolic Church of God Sanctuary Choir includes more than 300 voices.

Jose Gonzalez is Swedish indie folk singer-songwriter renowned for his mix of autumnal indie pop and intimate acoustics. Formed in Boston in 2010, Tall Heights are known for their captivating vocal harmonies driven by a folk-inspired accompaniment of cello and acoustic guitar.

Sinkane is solo recording artist who sings and plays numerous instruments blending krautrock, free jazz and funk rock with Sudanense pop. Although born in London, Sinkane spent his early childhood in Sudan followed by Ohio after his family fled to the United States. Mark de Clive-Lowe is a musician, composer and producer originally from New Zealand, and now based in Los Angeles, after living for ten years in London. He is a veteran of the UK’s broken beat movement, blending jazz, electronic dance music, funk and percussion heavy world music into a unique sound.

Elephant Revival are a quintet from Colorado whose sound encompasses elements of gypsy, rock, Celtic, alt-country and folk. Mandolin Orange is an Americana folk duo from Chapel Hill, North Carolina whose music has received critical acclaim from NPR, American Songwriter others.

Throughout its 25-year history, Chicago-based post-rock instrumental quintet Tortoise has nodded to dub, rock, jazz, electronica and minimalism throughout its revered and influential, six-album discography, but the group’s resulting sound continues to defy easy categorization. HOMME is an experiment in voice and sound by Sima Cunningham and Macie Stewart who joined forces in 2014, inspired by the free improvisational music scene in Chicago, and influenced by folk and avant-garde rock.