Lush, Live In Chicago Again 20 Years Later, As Good Things Come To Those Who Wait 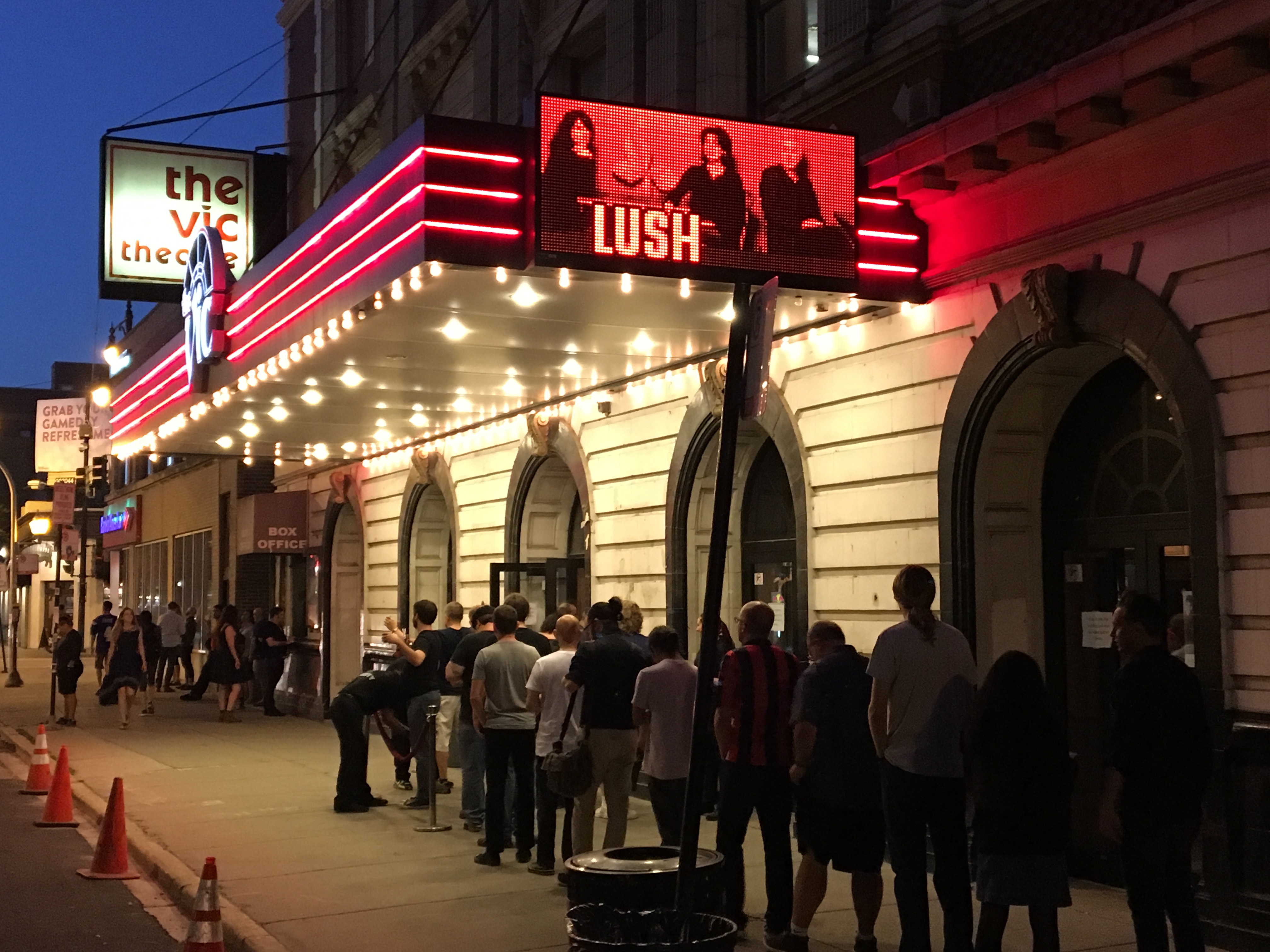 One of the most innovative and focused styles of the 1990s alt-rock movement was the school of shoegaze, which spawned several of the most notable and influential bands of the era, many of whom released only a scant number of albums before nearly vanishing in the post-alternative wake. Fortunately, everything old is new again, and ‘90s alt-rock has seen a major resurgence in recent years, with reunions for just about every band of the era coming together in rapid succession.

In that number, few reunions have been more anticipated than Lush. Delivering four excellent records that married the dreamy sounds of shoegaze with melodic pop as perfectly as could be imagined, Lush disbanded after 1996’s Lovelife, but good things come to rabid music fans who wait, and after twenty years of silence, the band returned to the Vic Theatre on Sunday night for a transcendent, sold-out show.

Opening with an energized version of “De-Luxe,” the band delivered the lion’s share of 1994 album Split, with brief forays into Gala (1990), Spooky (1992), and Lovelife. On record, the band’s sound has an otherworldly quality thanks to layers of shimmering guitar, singer/guitarist Miki Berenyi’s angelic falsetto, and guitarist Emma Anderson’s harmonies. That signature sound carried through beautifully, particularly on songs like “Out of Control” and “Monochrome,” one of the band’s most haunting tunes.

Not that the more rock elements of the band’s sound were missing: quite the contrary, in fact. Bassist Phil King and drummer Justin Welch are one of the tighter rhythm sections I’ve seen in recent memory, and Berenyi has noted before that the band started out as a punkier outfit before settling into the ‘dream-pop’ elements of their sound. That instinctive lean toward rock and punk came out in the thrashing “Hypocrite,” which was heavier and more driving than the album version, and “Kiss Chase,” a song which always struck this fan as the real bridge between Spooky and the more Britpop-leaning material that the band was delivering by the time they originally called it a day.

Split’s “Desire Lines” built to a shattering finish, and Lovelife’s lead single “Ladykillers” turned into a stomping singalong complete with handclaps. Main set closer “Sweetness & Light” from the band’s early EP of the same name was perhaps the most defining song of the night, and would serve as a great introduction to the band’s sound for the uninitiated.

The shoegaze sound was always, to my mind, about reaching for something—not just songs, but building a sonic atmosphere around those songs. Lush pulled off both in spades, and Sunday’s show was proof that even if you don’t get to see lightning in a bottle very often, it’s worth the wait when you do.

For more on Lush, the current mini tour and music, click here

For photos from the show at The Vic in Chicago, click here

2 thoughts on “Lush, Live In Chicago Again 20 Years Later, As Good Things Come To Those Who Wait”