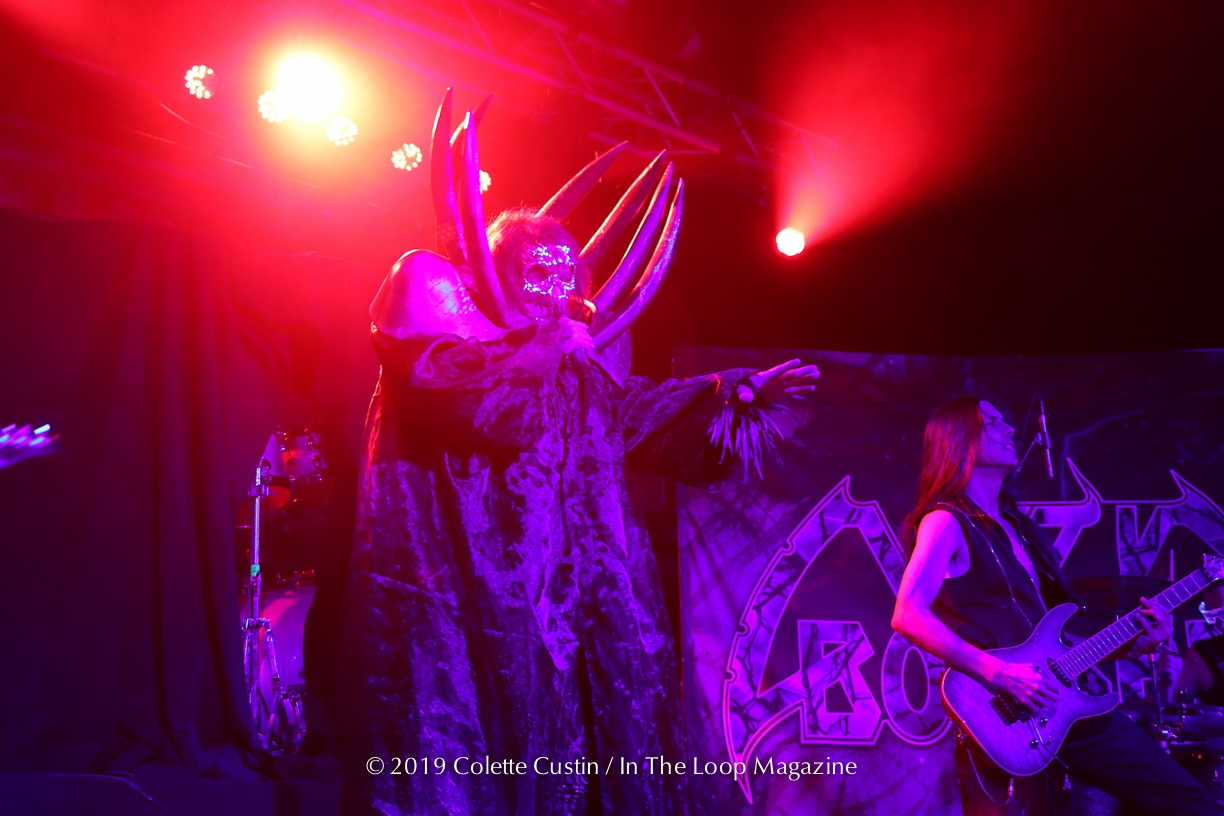 The resurgence and new appreciation for an entire generation’s worth of defining heavy metal was in full display on Wednesday at Concord Music Hall when the legendary power metal attack of Lizzy Borden returned to Chicago for the first time in nearly ten years.

The absence of a new Lizzy Borden album over the last ten years was notable, as 2008’s Appointment With Death was a step toward a more aggressive style after the grand stylings of Master of Disguise (1989) and the crushing Deal With the Devil (2000), and it was a promising trajectory following the heyday of the 1980s. But shifts in the mass popularity of metal and the near-collapse of the traditional machinery of the music industry throughout the 2000s led to Borden’s focus entirely on touring, until he returned with last year’s critically acclaimed My Midnight Things, which itself brought a fresh sound and new approach to Borden’s style of anthemic songwriting.

Serving as something of a retrospective primer of the Lizzy Borden catalog, Borden took the stage to the opening track from My Midnight Things, and from there, the set was a short and sweet introduction for those who might have been unfamiliar with Lizzy Borden’s particular style of post-Alice Cooper shock rock, as well as a triumphant revisitation for the faithful diehards. Taking his theatrical cues more directly from the sleazy slasher and monster movies of the ‘70s and ‘80s, Borden crept onstage in a black, feathery costume, sporting a steel skeleton face and a spiky headdress that looked like the teeth of some invisible creature. His current band is a powerhouse, driving such anthems like “Red Rum” and “Me Against the World” with the energy of brand-new songs, and overlooked cuts like “There Will Be Blood Tonight” were pummeling as Borden prowled and crept the stage.

Even just over the course of a 45-minute set, the theatrical elements were on full display. At one point, he donned a slip-over mask that gave the illusion of a three-faced Lizzy Borden to disturbing effect, and the aforementioned “There Will Be Blood” began with the singer taking a hand-ax to his tongue, “cutting” himself and spewing blood everywhere, the the delight (and stickiness) of the first row. By the time the band closed with new single “Long May They Haunt Us” (possibly Borden’s most catchy hook of all time), anyone unfamiliar was fully onboard, and everyone who had come to see one of hard rock and metal’s most enduring and arguably underrated figures was left wanting more.

There Will Be Blood Tonight

Me Against the World

Long May They Haunt Us