Live Review: The New Pornographers at The Vic Theatre 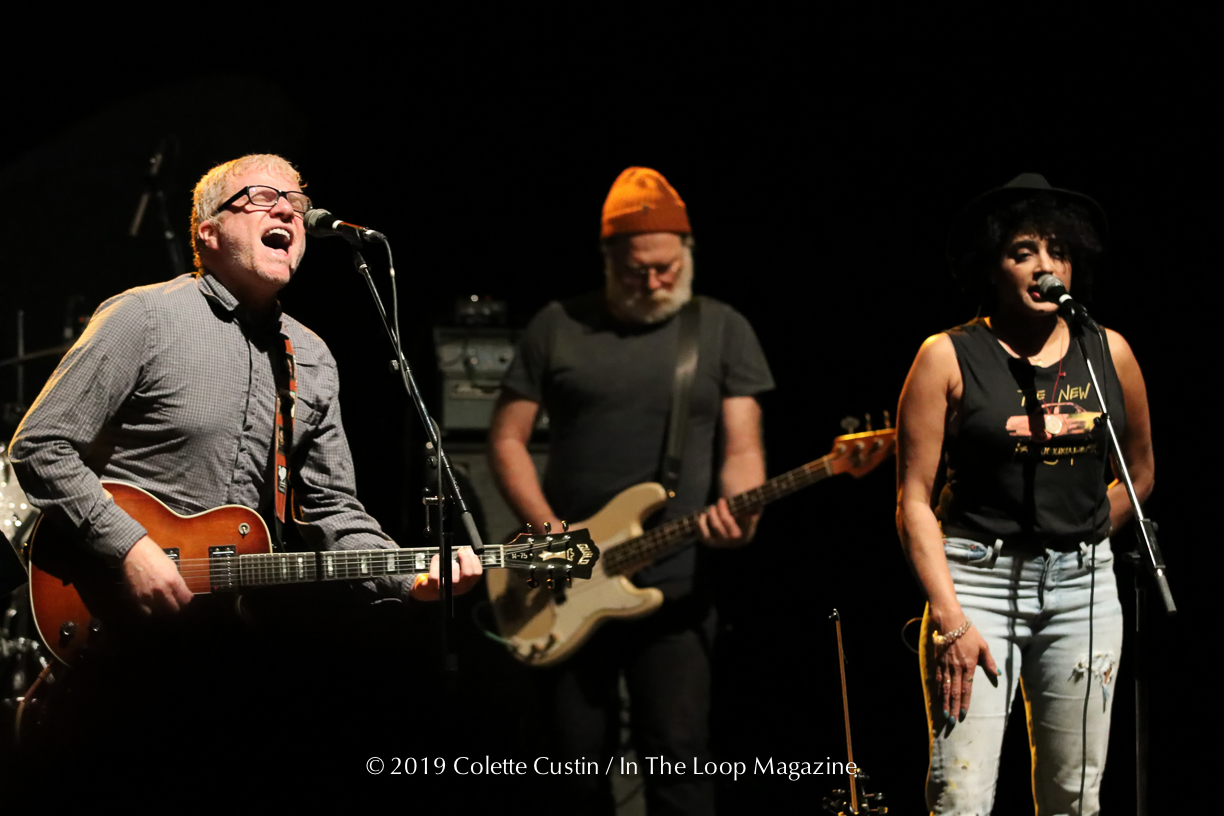 “We’re trying to resensitize you, enough with the desensitizing,” Neko Case smiled halfway through The New Pornographer’s set at the Vic Theater on Wednesday before the mid-tempo staccato of “Higher Beams” kicked in. A refrain of ‘thank you for nothing/fuck you for nothing’ (a political message delivered in a wholly apolitical context) showed how adept vocalist/lyricist/guitarist A.C. Newman is at delivering a suitably clever or damningly straightforward sentiment wrapped in the hookiest hooks on earth, time and again. As with any New Pornographers show, that was to be expected.

The New P’s brand-new record, In the Morse Code of the Brake Lights, is, in some ways, a continuation of 2017’s stellar Whiteout Conditions, in that the tone of the songs and record feel vaguely political even though nothing is addressed outright. (One could argue that this is the best approach to anything political, unless you’re hoping for something to sound really dated just a few years down the line.) “High Ticket Attractions,” an encore highlight at the Vic and one of Whiteout’s singles, most surely referenced the 2016 election when noting ‘this thing could go two ways, won’t be another exit for days,’ and on Brake Lights, there’s a similarly ominous tone to songs like “Colossus of Rhodes” and “The Surprise Knock.”

That ominous quality, though, yielded to the general jubilation of their live show, which is to the band’s credit, actually. And of course, it would be reductive to expect direct messages from The New Pornographers, which is part of the band’s continuing magic these eight albums deep. Part of the charm in A.C. Newman’s approach to both song craft and lyricism is his ability to turn phrases, build metaphors, and deliver everything in a way that doesn’t even try to wink and nudge; The New Pornographers are effortless in their ability to charm you, tease you, and tug at your heartstrings with no hint of irony or smugness, which is a rarity in the indie rock world. Perhaps the most under appreciated indie pop juggernaut on earth (Newman was referred to during the press tour for 2014’s Brill Bruisers as the closest we’ll come to a modern-day McCartney, and truer words have never been spoken), the eight-piece group, including vocalist Neko Case and keyboardist/vocalist Kathryn Calder, delivered a 24-song setlist that perfectly balanced old with new.

Straight-up pop bangers like opener “Dancehall Domine” and the now-classic “Sing Me Spanish Techno” had the crowd bouncing along within seconds, and new tracks like the soaring “You’ll Need A Backseat Driver” (one of Case’s best moments all night) and the dare-I-say-funky “Falling Down the Stairs of Your Smile” found their place in a set already loaded with favorites; evolving their live set over the years has been one of TNP’s real strengths, revisiting both deep cuts and singles on a revolving basis.

Case and Newman were in particularly fun form, bantering and joking throughout the night about Case’s choice of stage attire: a ‘hot cop’ outfit purchased at a vintage store just before the show. “I’m wearing a used, polyester costume right now, but I’m actually feeling pretty good,” she smiled before diving into new album closer “Leather on the Seat,” a contemplative affair that showcased some of the new album’s most melodic moments.

When a band has nearly twenty years and a flawless discography behind them, it could be easy to take that band for granted. The New Pornographers could be perceived as elder statesmen of the indie rock scene, in a way. But that, too, would be reductive. Newman and Co. are so much more than that, a distillation of the best parts of nearly every generation before them, and they’ve added more to the musical conversation than dozens of their peers combined. As as the band tucked another amazing Chicago performance into their books with a stomping singalong of “Letter From An Occupant,” it proved once again, in four minutes time, how their combination of staying power, natural growth, and songwriting is unrivaled.

For photos from the show at the Vic Theatre, click here

Falling Down the Stairs of Your Smile

My Rights Versus Yours
Crash Years

One Kind of Solomon

Testament to Youth in Verse

Leather on the Seat

The Laws Have Changed

Letter From An Occupant