Interview: 5 questions (around 5!) with Jimbo Mathus of the Squirrel Nut Zippers 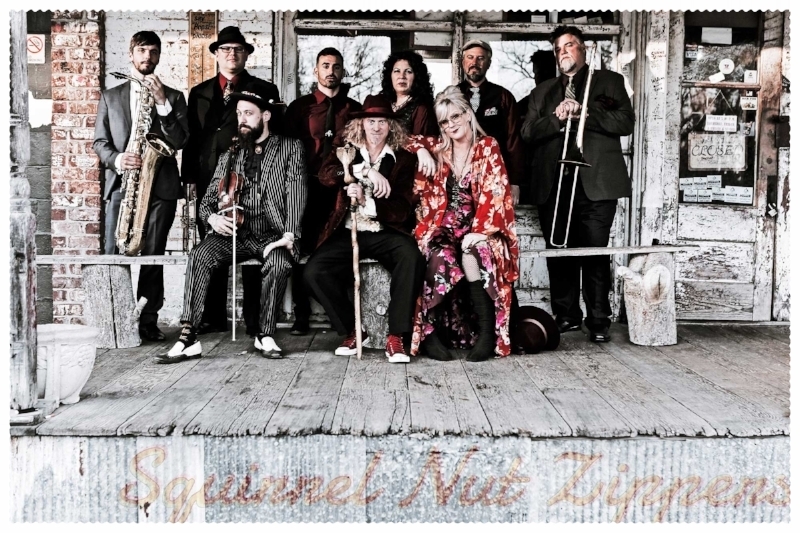 Forward: Cesar recently chatted to Squirrel Nut Zipper’s front man, singer and songwriter about his current tour, line up and what it means to be in the SNZ’s. Here’s the Q&A that took place between them.

Jimbo: “There were conversations about the 20th anniversary of ‘Hot’ a few years back, I was approached about maybe doing some reunion shows. The more I go tot thinking about it the more I thought rather than have reunion shows was to put it back in action in a more permanent way. … So thats what I decided to do, completely revive it and keep it out in the public for people to enjoy like it was intended to do.”

Jimbo: “…I have no idea! It’s just the machinations of the industry … it was just at that time when radio was a little more open, much more so than it is now, there were some new things, some other groups that were along the same lines and some movies that promoted that: we were the ‘alt’ to that alt and it just broke on the song ‘Hell’ on KROQ in L.A. …they gave it a chance and the response was over the roof … other stations picked it up … and the next thing you knew we had sold a million records in a few months.”

Jimbo: “I couldn’t ask for a more talented, diverse, hard working, good head on their shoulders bunch of professional bunch of weirdos to rampage around with. We’ve got everything form classically trained people to people with theatre backgrounds, people that have circus backgrounds, real jazz cats – just life long students of what they do in music, entertainment and theatre.”

Jimbo: “We’ve got the same philosophy and presentation every time, we have the same show whether the background is Korea or Hawai’i or in the country, city – it doesnt matter. We do our show and there’s enough in there to interest everyone!”

Jimbo: “Rest! (laughs), staying focused and spending your energy uselessly. I have quite a busy solo career as well, I have a new record out that has gotten quite a great response, it has a great piece in Rolling Stone about it, I am also on tour for it so it is nonstop. I have been touring almost 40 years: it’s my job to be engaged, to be active, to be energetic and be ready to be tonight’s entertainment. That’s my job. … you wont see me out unless its the shows, otherwise I am resting and regrouping and recharging.”

• And I can understand if this question is buried in the past and you don’t have to answer if you don’t want to, but have you talked with Tom Maxwell lately?

Jimbo: “He was the reason for our first demise, he stripped us of our money with some backhanded procedures – and I could have persisted down the paths of lawsuits and acrimony but I chose not to. …he’s not leading bands or touring, so I just let that speak for itself. …music is not the place to take that out on, I want a band of joy.”

Jimbo brings that joy with his Squirrel Nut Zippers for 2 area shows next week: Saturday Aug 10th at Shank Hall in Milwaukee and Sunday Aug 11th, at one of Chicago’s favorite vacation destinations: Door County, at the Door County Auditorium in Fish Creek, WI. Jimbo Mathus also has a new solo record released this past Spring titled ‘Incinerator’ it is available on Amazon here: https://www.amazon.com/Incinerator-Jimbo-Mathus/dp/B07MGJ6WP4 and you can find him and follow him & the Zippers on Twitter and Instagram @TheRealJimboMathus