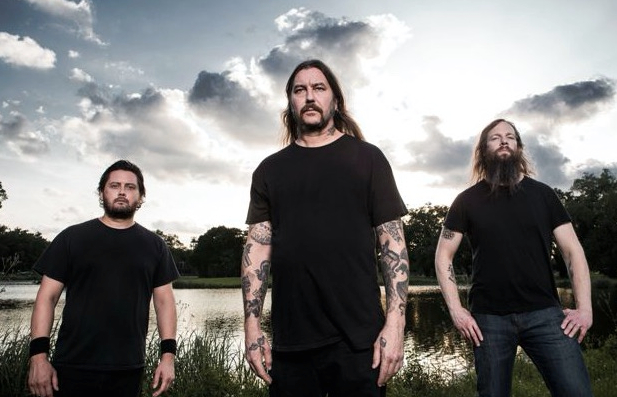 High on Fire (coined from a Richard Pryor life experience / joke about freebasing cocaine and lighting himself on fire) are a heavy metal band from California that’s been touring almost non stop since it’s inception in the late 90’s. In that time, they’ve release seven albums and been around the world many times.

Having recently honed their sound even further on Luminiferous, a nine song affair that could well be the heaviest record this year by a semi mainstream metal band, High On Fire waged war on Thalia Hall last Tuesday.

In a way, it’s surprising to consider that the Matt Pike led power trio High On Fire are from

Oakland, California, because their songs and sledgehammer guitar riffs suggest a more European sensibility, a cocktail of the sludgey, powerchord crunch of German masters Celtic Frost with a liberal dose of Motorhead’s pummeling rhythm section (and not to mention Pike’s eerie resemblance to Mr. Kilminster himself). In fact, Pike’s vocal harken back to Tom Gabriel Warrior’s styling’s in the best way, a desperately angry roar, that, on new songs like “The Falconist” and older cuts like “Rumors of War,” recalls the classic riffage of Frost’s To Megatherion.

Tonight’s set leaned heavily on the new record, and for good reason: Kurt Ballou’s bright, savage production was mirrored beautifully on the live stage, with cuts like “The Dark Side of the Compass” even more crushing while retaining their melodic structure, while the brutality of “Fertile Green” from De Vermis Mysteriis shook the floor and the serpentine opening riff of “Snakes for the Divine,” a lead right out of Iron Maiden’s playbook, provided a fantastic compliment to the darker, more brooding selections.

For a man with his share of past demons, Matt Pike was supremely in control of the stage in Chicago. Sweat dripped from his body like he was under a shower. Pike recently clean and sober, really gave it his all even though he was clearly distraught from something. He left the stage a couple times for whatever reasons (seemingly ill) but always came back and slammed us right back in our seats. There’s no fucking around here. He’s here to punch you in the face with crushing guitar riffs and gut wrenching bellows and cobra spewing lyrics while Jeff Matz and Des Kensel backed the frontal assult. The band is as tight as they’ve ever been. This is a new high for High on Fire and the fans really dug it as massive mosh pits and crowd surfing took control of the center floor.

To find out more about the band, tours and albums, click here.