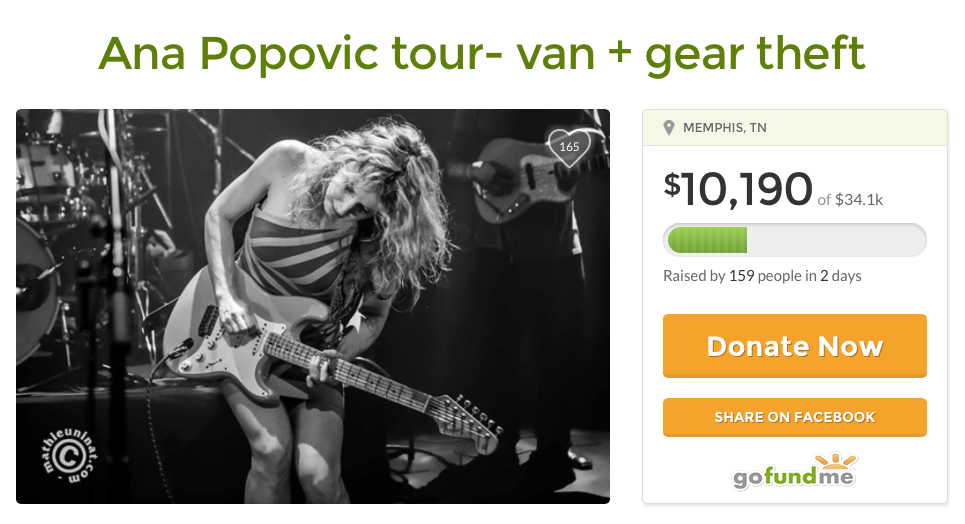 A GoFundMe campaign has been started for Ana Popovic’s stolen van, equipment and personal items.

I wanna thank everyone who contributed to the GoFundMe campaign – getting my band and me ‘back on track’. 130 people (!!) sent donations!

We’re overwhelmed with your love & support and wanna make sure you’ll get something in return: Everyone who contributed 50$ or more will get a copy of my new solo album BEFORE it’s releases AND -last but not least- the highest donation gets an old school LIVING-ROOM CONCERT!